While other presidents have declared national emergencies, Trump still stands alone in building infrastructure in the U.S. 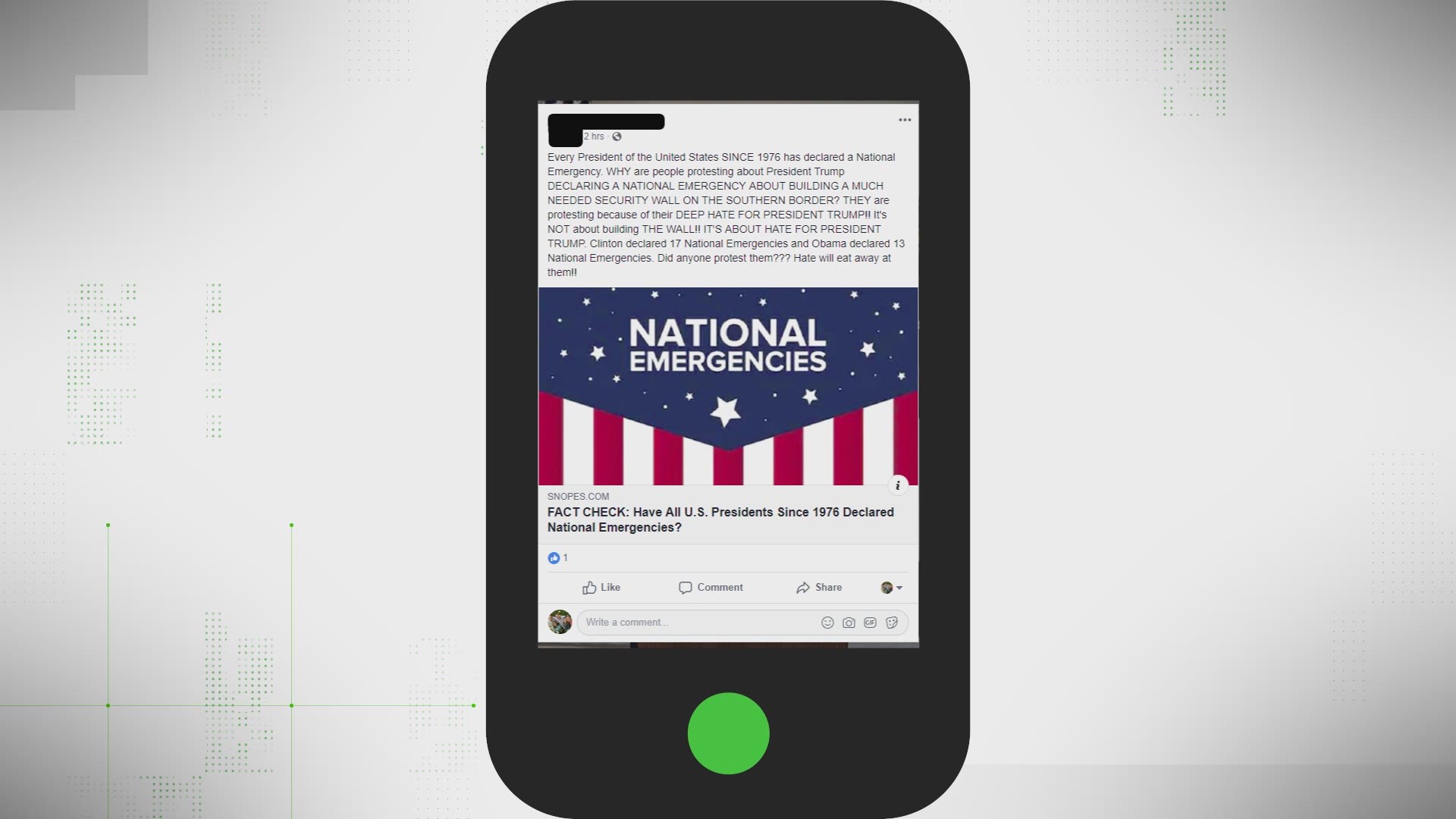 As the debate about President Donald Trump's national emergency rages on, the Internet hasn't wasted time in adding its two cents.

We’re breaking up the arguments based on this particular post making its rounds on social media.

Has every president since 1976 declared at least one national emergency?

Yes, it has been verified that every president since 1976 has declared at least one national emergency. The numbers listed next to the presidents in the post above are accurate as well.

However the claim that the media is lying by calling Trump's recent national emergency “unprecedented" is false.

A list, compiled by the Brennan Center for Justice, shows all 58 previous national emergencies, now 59 with President Trump’s recent declaration.

For context, the National Emergencies Act was signed into law in 1976.

Now to the second part of the claim, which is to say that this particular declaration isn’t "unprecedented."

While declaring a national emergency isn’t new, this is the first ever that will build infrastructure like a wall.

The list shows all previous national emergencies such as Carter’s block of Iranian government property (1979), Reagan’s barring of trade with Nicaragua (1985) and Clinton’s prohibition on dealing with terrorists in 1995. None have built infrastructure in the United States.

So, while the first part of the claim is verified, the second part is false.

While there have been plenty of national emergencies, none of them have ever pulled funds to create a massive infrastructure project within the country.