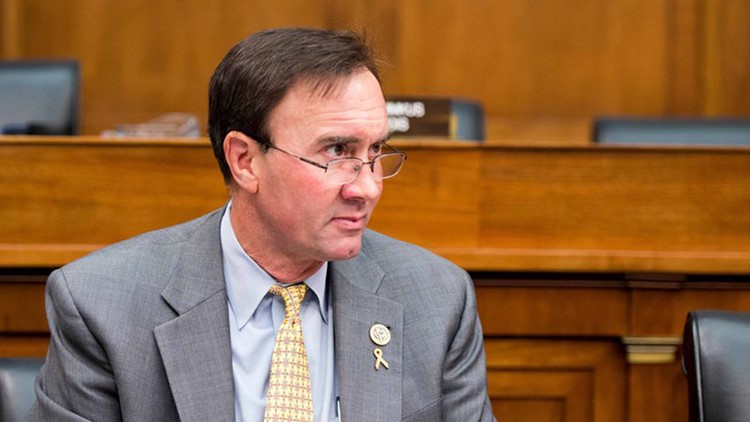 The retirement sets up what will likely be one of the most competitive House races in the country. Olson narrowly won re-election last year against Democrat Sri Kulkarni, who is running again.

Olson, who was first elected to Congress in 2008, announced his retirement in a news release.

Rep. Pete Olson issued the following statement Thursday announcing his intention to not seek re-election in 2020:

“It has been a privilege and an honor to represent the people of the 22nd District of Texas for the past decade in Congress. Following graduation from the University of Texas School of Law, my adult life has been spent honorably serving our nation: first as an officer and pilot in the United States Navy, then to the halls of the United States Senate working with two of Texas’ greatest senators, and, most incredibly, as the voice in Congress for the amazing people who call the 22nd District home.

“For six terms, the voters of our district have placed their faith in me to represent their concerns in the House of Representatives.  The time I have spent working with them and for them has been a tremendous blessing.  It is truly impossible to quantify how many inspiring, generous, heroic, and kind-hearted neighbors I have been fortunate to meet, work with, and learn from throughout my time in Congress.  But, it has also come at great personal sacrifice to my family. My amazing wife, Nancy, has carried the lion’s share of parenting our two great children. Her mother has suffered health issues that require more care and attention.  As someone who has long advocated for policies that put our families first, it’s time for me to take my own advice and be a more consistent presence to help our family. To that end, while I will complete my term in the 116th Congress, I will not be seeking re-election.

“Protecting our future and preserving our exceptional nation are the reasons I first ran for Congress. My constant focus was to strengthen our national security, expand our economy to provide more opportunities for hard-working Texas families, and limit the power of the federal government over our lives and businesses.  Now, it’s time for another citizen-legislator to take up this mission, not to make a career out of politics, but to help lead in the cause of empowering our people, defending our liberties, and making sure America remains the greatest nation in history.”