Minnesota veteran killed while on vacation in Mexico

On Saturday, he was found unconscious with broken ribs and punctured lungs in a garden area near the resort, his brother said. 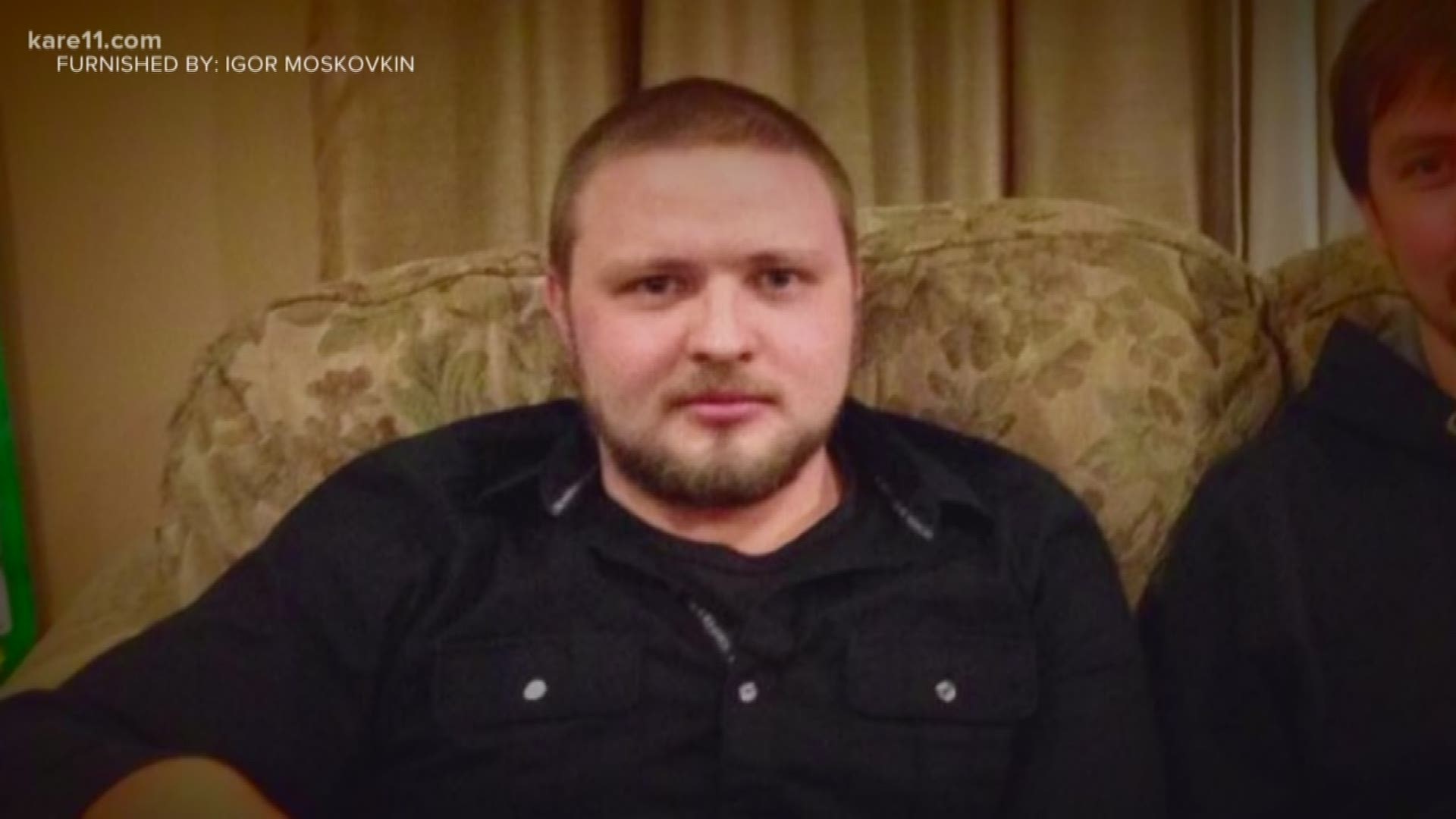 PRIOR LAKE, Minn. — There are many unanswered questions after a Minnesota veteran died while on vacation in Mexico. Artem Moskovkin's family said the 30-year-old Prior Lake man was found unconscious Saturday.

Igor Moskovkin said Artem died a violent death. But he said the family doesn't have any answers, because Mexican police didn't even start looking into it until another brother flew down there from Minnesota.

Artem Moskovkin, 30, was staying at the Iberostar Selection Paraíso Maya, an all-inclusive resort on the Riviera Maya, south of Cancun. His brother Igor said Artem was vacationing with a friend and his family. They thought Artem went to sleep in his room at midnight, but workers Saturday morning found Artem unconscious in the resort gardens.

"And nobody has an idea why he went there or how he got there," Igor Moskovkin said.

Credit: GoFundMe
A GoFundMe has been set up for Artem Moskovkin.

Igor said his brother had broken ribs, punctured lungs, and it looked like blood was no longer flowing to one leg.

"Hotel people never called the police or never did a report or anything. They just called an ambulance and took him away," Igor said.

No police report, and Artem's friend had to start a GoFundMe page, because he says the doctors wouldn't perform life-saving surgery unless they were paid first.

"They asked for a down payment of $8,000, which nobody had on them so they just transferred him to a general public hospital," Igor said.

Another brother from Minnesota, Sergey Moskovkin, flew to Cancun, and Artem was pronounced dead. Sergey said police started investigating when he called them at that point.

"We have no answers to our questions. We don't know what happened whatsoever," Igor said. 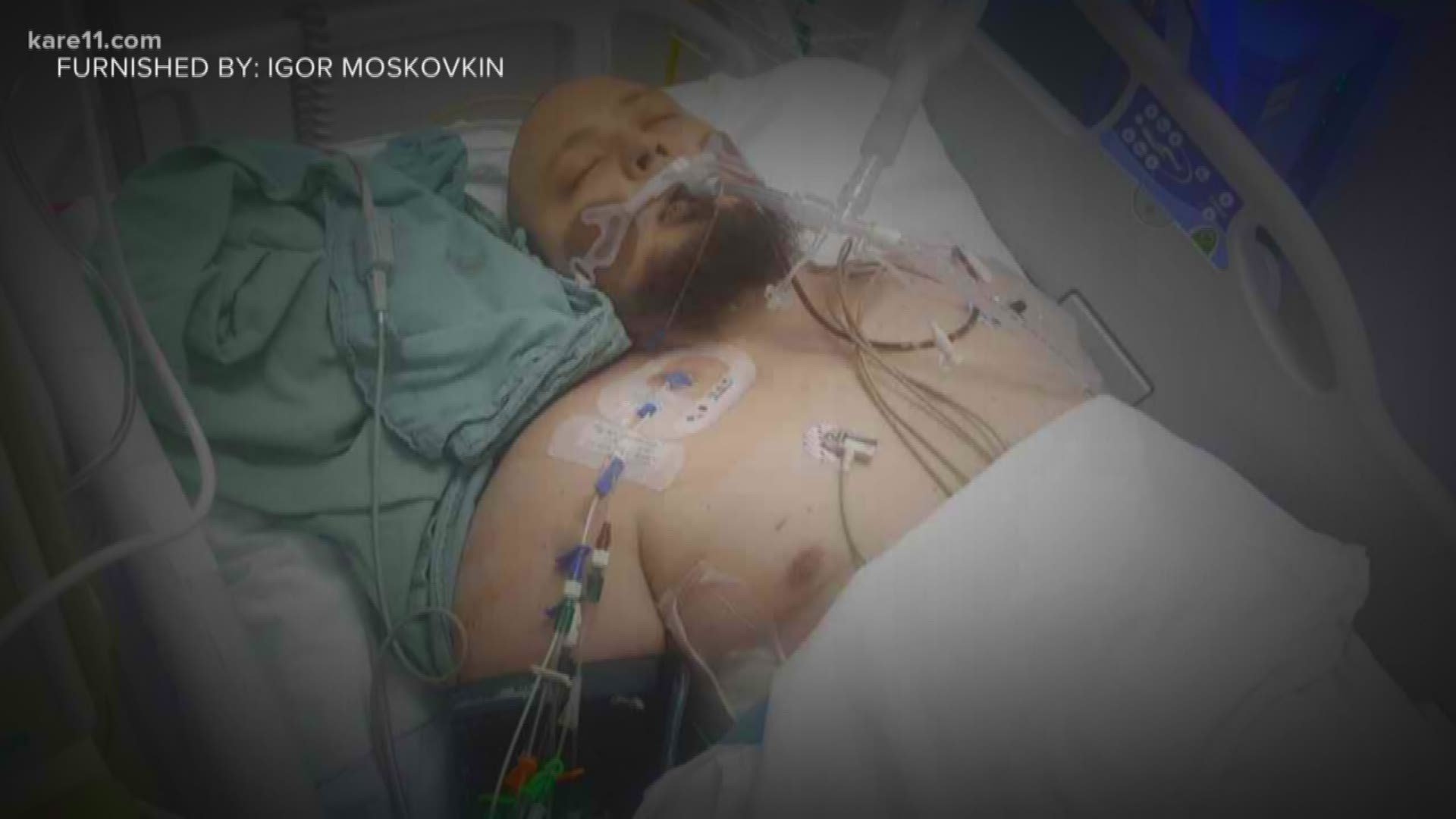 The U.S. Department of State website warns travelers of complaints against private hospitals in that area. Also, there is a Level 2 travel warning in that region, which means to be cautious because of crime.

Artem Moskovkin moved to America from Russia in 1996 with his five brothers and one sister, became a U.S. citizen, then spent five years in the U.S. Army.

He survived a tour in the Iraq War, only to die while on vacation in Mexico.

The GoFundMe created to help with Moskovkin's medical expenses stated that he was experiencing internal bleeding and needed emergency surgery. On Sunday, the page was updated as a "funeral fund."

Igor tells KARE 11 there's evidence that Artem took a late-night walk on the beach - because some of his clothing was there. But they have no idea who he was with, or who he ran into.

Sergey said police will have an autopsy done, and the family is hopeful the resort has surveillance video that can help them solve what happened.