At one point, the player slams the 16-year-old's head to the ground. 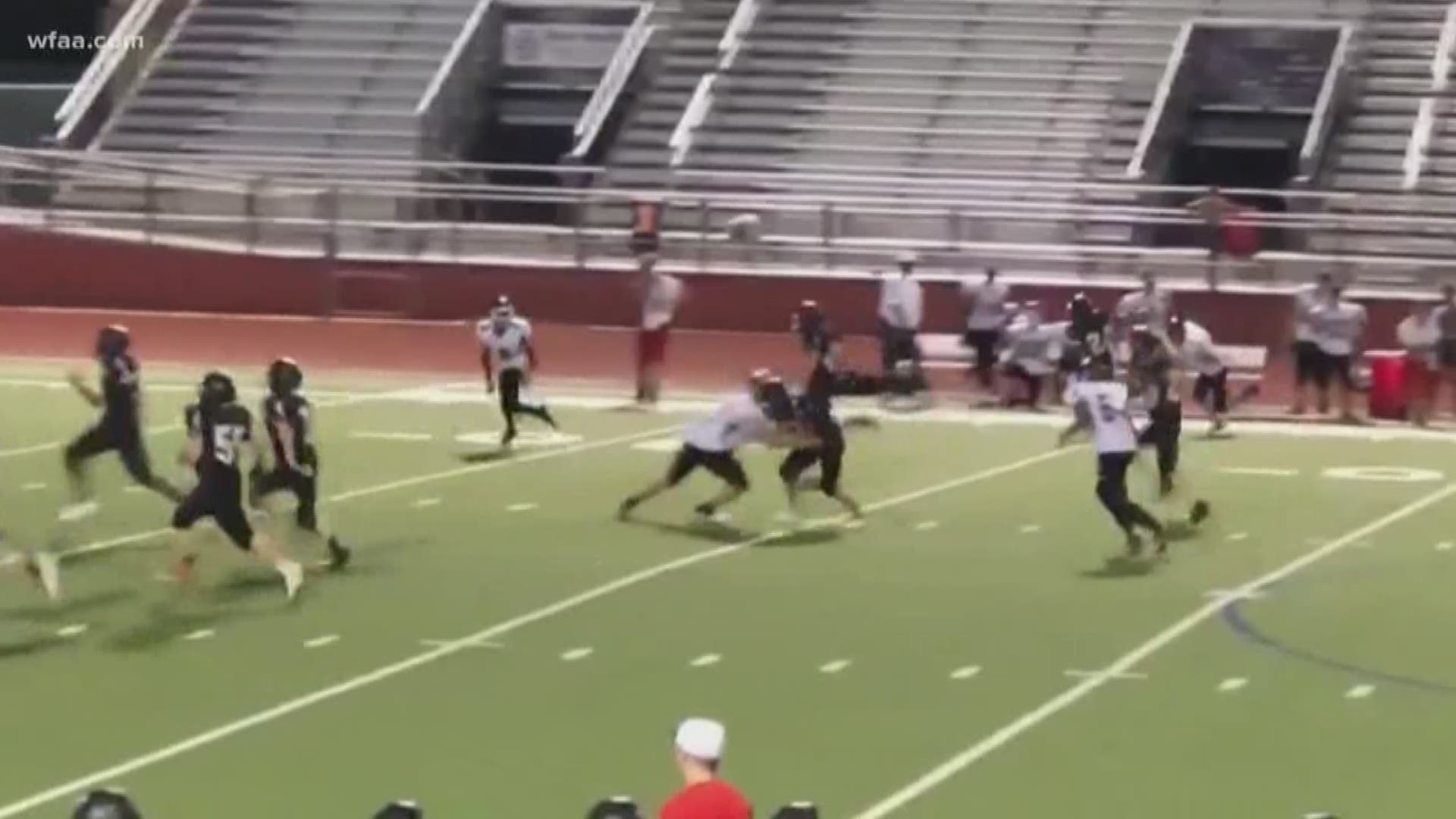 Jennifer Gower's son, 16-year-old Jagger Johns, is a freshman football player at Burleson High School. It's unclear when he'll be able to take the field next.

"He looked at me and said, 'I don't want this to happen to anybody else,'" Gower said.

He's recovering from a concussion, and what caused it has his mother beside herself.

A video recently posted to Facebook from a September 13 game against Waco University High School showed Jagger, number 14 in a black uniform, get tackled, punched and choked by an opposing player. At one point, the player slams Jagger's head to the ground.

Other videos, Gower say, show her son was being targeted all game. She says she and Jagger have no insight into why, as they don't know those players. "It was horrible. Like, I can't even describe it. It's like it almost wasn't real," Gower said.

The opposing player was ejected from the game and faced a minimum additional half-game suspension, per UIL rules. "Our rule just sets the automatic minimum penalty," said UIL Deputy Director Jamey Harrison in a Skype interview from Austin.

He said they only saw the video for the first time days ago, which has prompted them to investigate further. "That's obviously not the type of behavior we want to see in our contests," Harrison said.

Waco ISD also has the power to impose additional penalties. District spokesman Kyle DeBeer issued this statement: "Obviously, we do not condone the behavior depicted in the videos posted on Facebook...In this situation, the player faced consequences mandated by UIL and additional consequences imposed by the district."

DeBeer did not tell us what those additional consequences were.

Burleson ISD released this statement on the situation: "We are shocked that this incident happened to one of our players. As it unfolded, everyone observing was momentarily stunned...Waco ISD assured our administrators that it would address this matter appropriately."

Gower thinks a half-game suspension is not nearly enough for what happened to her son.

"We're telling everybody else you can act like this and it's okay. And it's not okay," she said.