UH students to show off wearable technology at design showcase

Industrial design students at the University of Houston are creating wearable technology that can help with medical conditions like vertigo or detect pollution in the air. 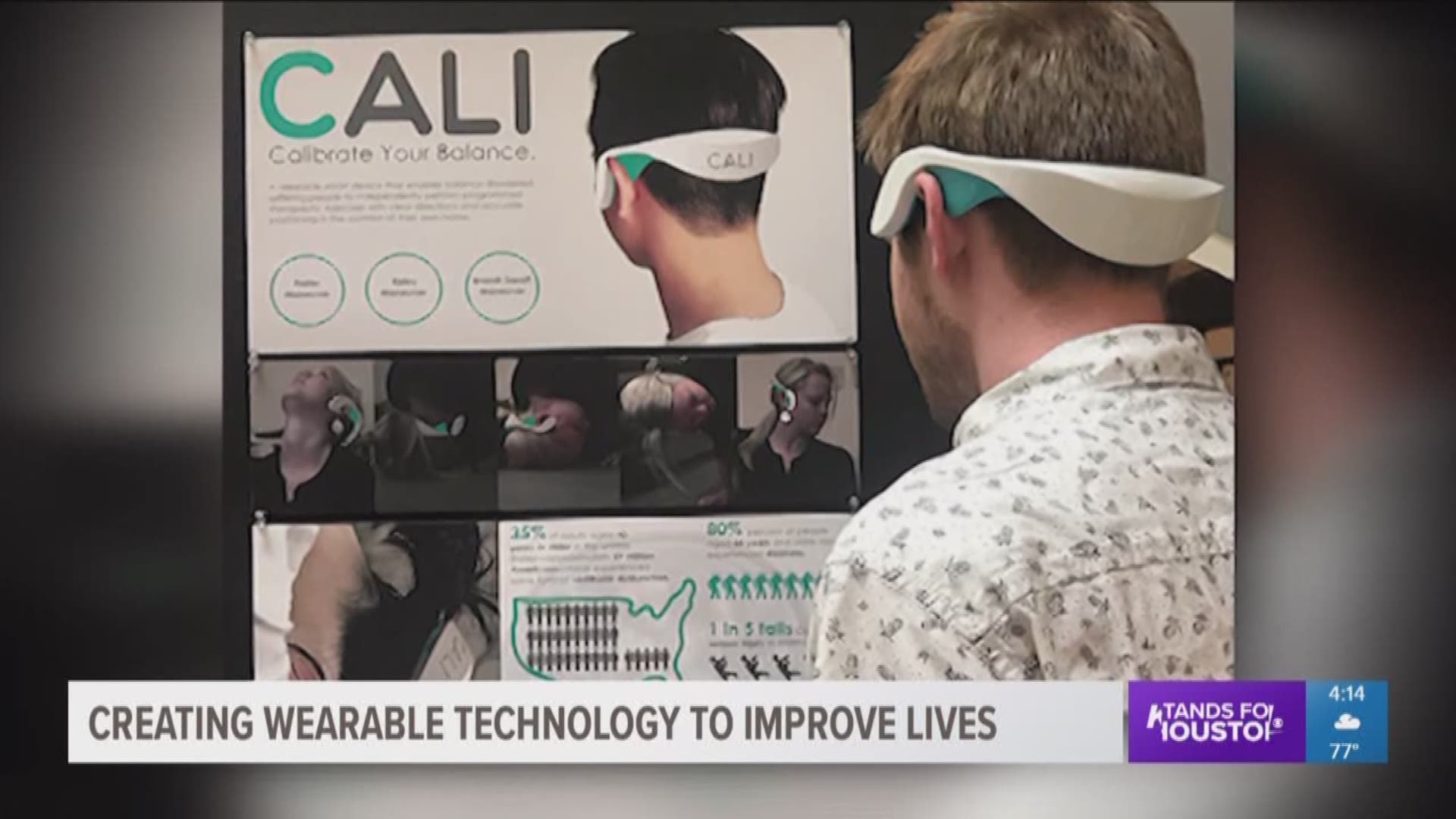 Some University of Houston students are preparing for a fashion show but they’re not designing clothes.

They’ll be showing off “wearable technology.”

“This piece is a detector,” said industrial design major Josh Probst as he showed us his 3D-printed face mask.

It detects pollution and lights up green, yellow, or red depending on the threat.

“This is a way for them to understand they’re in a dangerous area,” said Probst.

Credit: Provided
One of the wearable pieces of technology made by UH students.

“This has a geoscope built into it and track the motion of your head during exercises and makes sure your head is in the right position,” said Finger.

Edgecombe helped develop Cali after her own grandfather broke both hips thanks to falls.

She hopes the product will eventually help others avoid such problems.

“The action of falling and the action of the problem of elderly people falling,” said Edgecombe.

Their prototypes and many others will be on display during a “fashion show” and larger showcase later this week.

And, perhaps, they’ll be on the market in the not too distant future.

Click here for more information about the UH industrial design showcase and the prototypes.