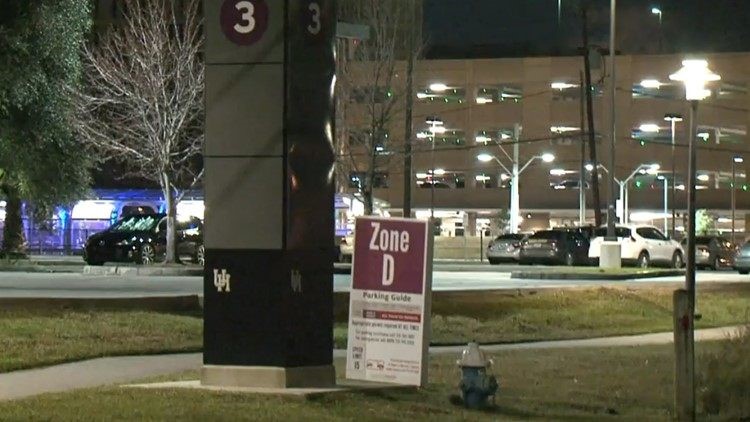 HOUSTON — University of Houston police say they are increasing patrols following three robberies in and around campus the past two weeks.

Police Chief Ceasar Moore says his department is working closely with Houston Police to identify those responsible for the crimes.

So far, one arrest has been made in connection with the robberies.

The chief wants to remind students and faculty to be aware of their surroundings, especially at night and in less-populated areas. He also encourages subscribing to the campus alert system.

On Monday, UH Police issue a security alert after two students were robbed in separate incidents.

One student was robbed in parking lot 4A at about 8:05 p.m. Saturday, according to UHPD. The student was leaning on his vehicle when he was approached by approximately five male suspects. Two of the suspects displayed what appeared to be a firearm.

The student handed over his keys, and two of the suspects fled in his vehicle. The vehicle was later found with an air pistol, which is believed to be one of the weapons used in the robbery.

The victim said the other suspects ran south on Calhoun towards MacGregor Park. There were no injuries or arrests.

Lot 4A is located on the southern end of the campus along Wheeler near MLK Blvd.

Last Monday, Jan. 7, another student reported that he was robbed while rollerblading on top of the Cullen Oaks garage at about 7 p.m. The student said three suspects pulled up in a car and demanded his car. A fight broke out, and the suspects ended up stealing the student’s car.