The word "Astroworld" is more than just a name of an album for those who got a chance to experience the Six Flags park. 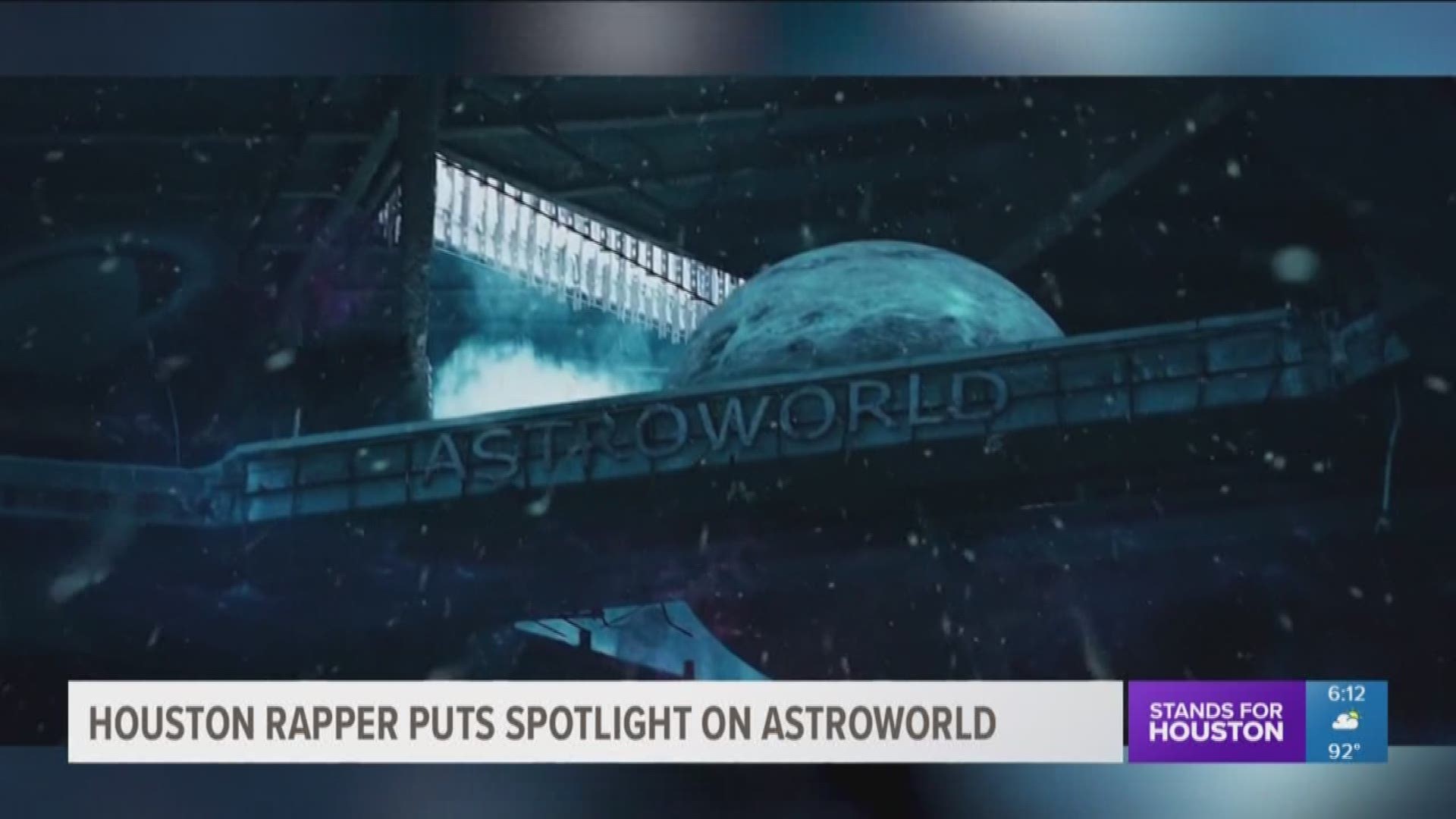 The highly anticipated album is named after a place near and dear to many Houstonians: Astroworld.

For many people who are new to Houston, the former site of the Astroworld theme park is a giant, empty lot across from NRG Stadium and the Astrodome.

The lot is a place that brings back a lot memories for those who remember Astroworld. However, depending on who you ask now, Astroworld gets people excited for different reasons.

For instance, it’s the buildup to what a lot of people who are fans of Houston rapper Travis Scott have been waiting for.

A big, gold head of Travis Scott was set up outside of Screwed Up Records and Tapes as a promotional and nostalgic ploy.

Alexandria Francis, who visited the record store just to take a picture in front of the Scott head, said, “This is a big deal because he’s from Missouri City. I’m Missouri City, too. We have to pay homage to Astroworld. I had to come out here and show love.”

“If he’s representing Texas, representing Htown. I have to come out, support him and represent," said Douglas James Jr., a Travis Scott fan.

The attraction quickly drew a crowd. Some people like John Morgan were just there for support.

The word “Astroworld” is more than just a name of an album for those who got a chance to experience the Six Flags park.

“Absolutely. Every single time I think about it because it was a great time. I don’t know why they don’t bring it back, to be honest,” Morgan said.

“We used to have field trips all the time. We used to get on the Texas Cyclone, the Greezed Lightnin'. It was beyond fun," Francis said.

“I went to Astroworld when I was like 10 years old, and it was the best feelings, best days of my life," James said. "To have an album named of that I hope it lives up to its name.”

Most people have heard rumors in the past of an Astroworld Theme Park come back. They say now is the time because people will start thinking of an album than the amusement park when they hear Astroworld.