The case of a little boy stabbed more than 20 times while walking home from school stunned, saddened and angered people all over Houston. 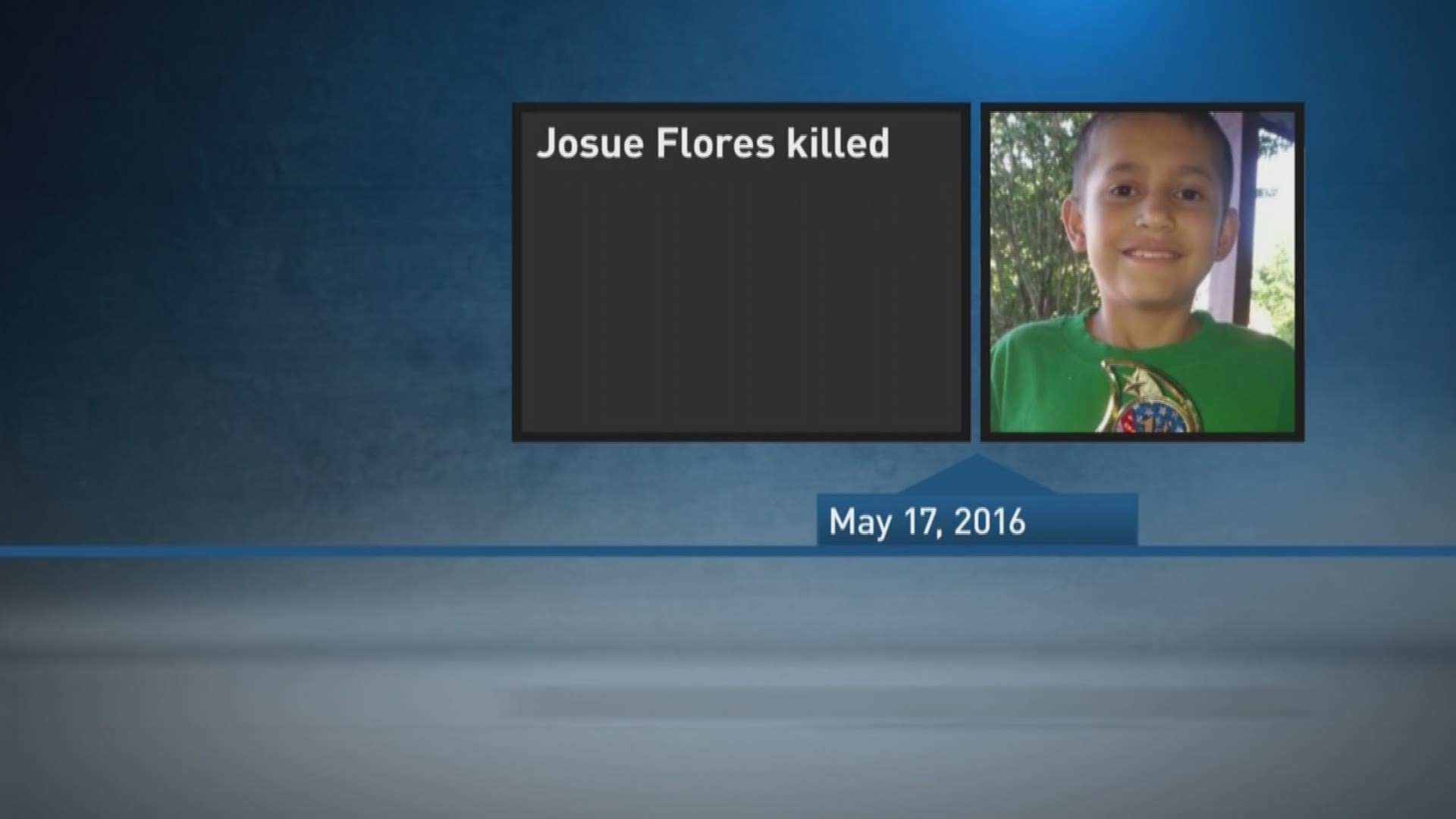 The case of a little boy stabbed more than 20 times while walking home from school shocked, saddened and angered people all over Houston. Vigils, marches and meetings were held demanding justice for 11-year-old Josue Flores.

More than two years later, officials broke the news that Andre Jackson was charged with Josue's murder after DNA evidence positively linked him to the crime.

Here's a timeline in this heartbreaking case:

May 17, 2016: Josue was stabbed to death while walking home from Marshall Middle School on Fulton Street. His sister Sofia said he wanted to be a doctor when he grew up. "But I know he's going to be my guardian angel," she said.

May 18, 2016: Police arrest a man for the death of Josue Flores. The man told police he was innocent and had an alibi.

May 18, 2016: More than 100 people marched through the streets of north Houston where Josue was killed.

May 19, 2016: Hundreds of people packed a meeting to talk about the homeless problem in Josue's neighborhood. The Flores family and Mayor Sylvester Turner attended.

May 20, 2016: Charges are dropped against the man police arrested after surveillance video proved he was in Pearland when Josue was murdered. Detectives were back to square one.

1 / 12
Josue Flores, 11, was attacked and stabbed to death on his way home from school Tuesday night in north Houston.

May 21, 2016: Marshall Middle School held a vigil for Josue. Students prepared songs and even an interpretive dance that brought almost everyone in the crowd to tears.

May 22, 2016: Hundreds line up at a barbecue fundraiser to help the Flores family pay for Josue's funeral.

May 23, 2016: Hundreds of people lined up at the viewing for 11-year-old Josue Flores. His small casket was flanked by photos of a bright, smiling boy. Josue's sister, 24-year-old Guadalupe, told her mourners her tragic loss has turned into a spiritual gain. "I'm going to do the best that I can to help people. I just want to spread Josue's love."

May 24, 2016: More than 500 people packed a small Catholic church to say their final farewell to Josue.

May 24, 2016: On the same day he was laid to rest, surveillance video is released showing Josue's final moments during that fateful walk home.

June 1, 2016: Demonstrators gathered again to march down Fulton Street and past Marshall Middle School. Like other marches, participants demanded justice for Josue. But they also called for unity between blacks and Latinos. Josue was Hispanic. The suspect being sought is black.

June 2, 2016: HPD releases video of "person of interest" in Flores case. Investigators said the person of interest in the new video matches the description of the suspect seen running 4 minutes after Josue's murder.

1 / 38
Residents held a march on May 22, 2016, where they demanded justice for the fatal stabbing death of Josue Flores, 11. The march began at a memorial for Josue on Fulton Street and ended at the Flores' home where balloons were released in his honor.

June 3, 2016: Andre Timothy Jackson, 27, was arrested and charged with the murder of Josue Flores.

June 5, 2016: Jackson sobs as disturbing details in the Josue Flores case are read aloud in a courtroom. Prosecutors said Jackson admitted to being the man on captured multiple surveillance cameras and admitted to being in the area when Flores was attacked. Jackson had been staying at the nearby Salvation Army homeless shelter.

June 8, 2016: Near northside parents fed up with crimes committed by the homeless crowded Houston City Hall to demand change.

June 16, 2016: New details emerge about Andre Jackson and his history with police in Bellaire.

August 20, 2016: Josue's neighborhood launches Safe Walk Home Northside to help keep other children safe as they walk home from school. Dozens of people signed up to stand on their porches and watch the kids each day. They were also trained on first aid and how to identify suspects.

October 5, 2016: Near northside residents petition for expansion of civility ordinance.People in Josue's neighborhood say they’re fed up with the vagrants, drugs, and prostitution in their neighborhood. Now they are asking the city to take a stand so that their families don’t have to live in fear anymore.

May 18, 2017: Memorial service for Josue on one-year anniversary of his heartbreaking death. "It's been really hard," said Guadalupe Flores, Josue's older sister. "As long as we love him, the pain is to be there. We miss him."

July 18, 2017: In a devastating setback for Josue's family, prosecutors announce they have dropped charges against Andre Jackson because DNA evidence was inconclusive. They said it took more than a year to get the results. "Rather than risk double jeopardy by trying to go to trial in a case where the evidence is too weak and then be forever barred from going after him or anybody else, for practical purposes, it is our decision to dismiss the charges and release the man from jail," said Tom Berg with the Harris County District Attorney's Office. They say Jackson is still a suspect in the case.