One lighthouse on Isle au Haut, two swimmers, and a hefty pile of money. 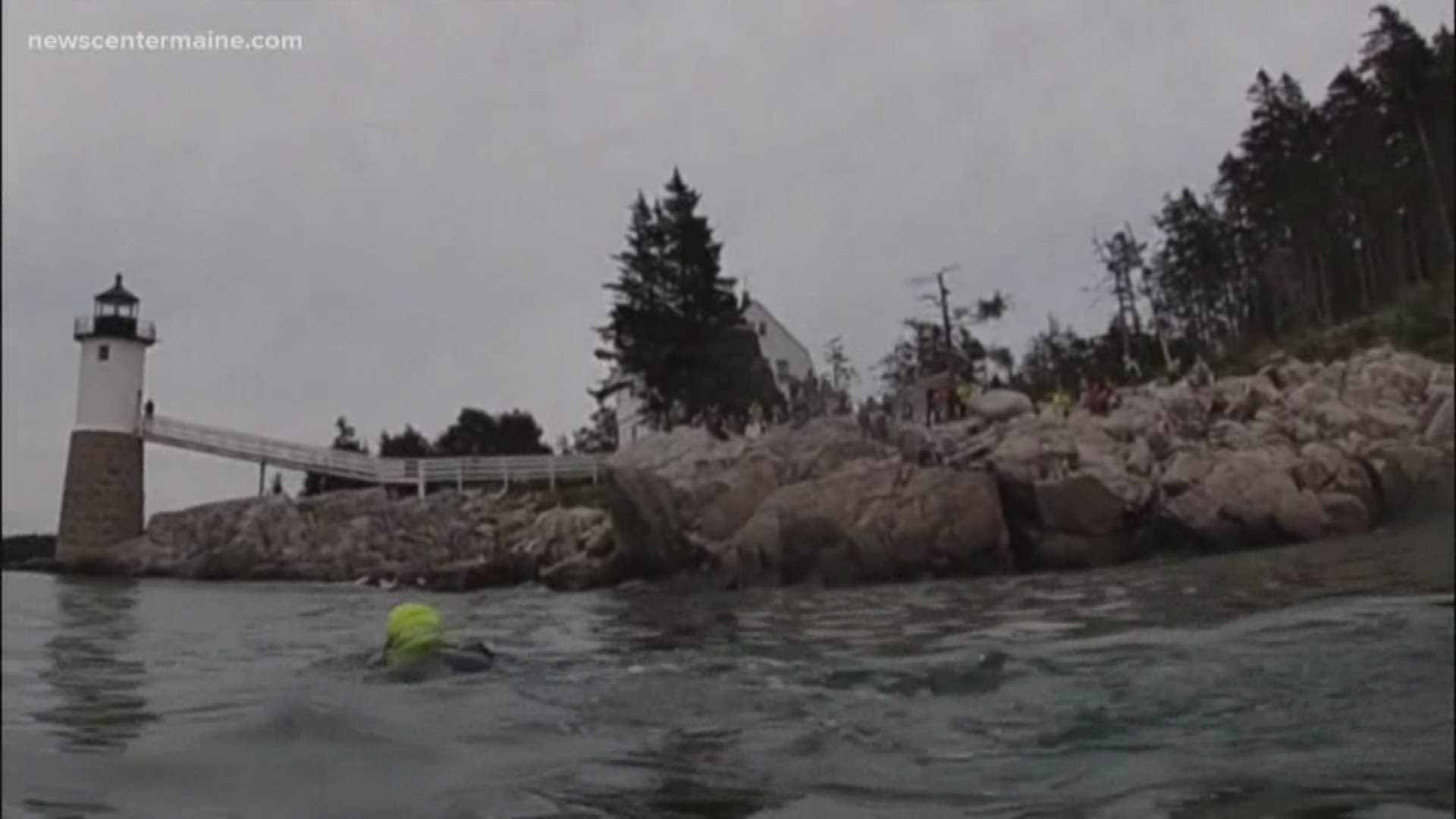 ISLE AU HAUT, Maine — As Maine lighthouses go, the one on Isle au Haut is neither the grandest nor most beautiful nor most likely to end up on a scenic calendar. But the people of Isle au Haut, about sixty of whom are year-round residents, love the structure and are doing what they can to repair the damage that time and harsh weather have inflicted.

Enter Alison Richardson and Molly Siegel, two young women who exude a certain can-do energy and sunny optimism. It’s not surprising that they wanted to pitch in to help raise money to restore the lighthouse. What is surprising is the plan they came up with.

RELATED: The 2019 list of Maine’s Most Endangered Historic Places

This summer they set out to do something that, as far as they know, had never been done—swimming all the way around the island, a distance of eighteen miles. With the water temperature in the low to mid 50s they wore wetsuits, but even those didn’t fully protect them from the cold. “Your hands get numb and your feet get numb,” Siegel said. “But it gets better over time.” For each mile they swam, the women hoped to raise one thousand dollars, all of which would go toward the restoration of the lighthouse.

RELATED: Here’s one way to raise money for a Maine lighthouse—swim all the way around it

When we first reported on Alison and Molly in mid-August, they’d done about half the swim. On Friday, September 6, they finished the last leg, climbed onto the rocks near the lighthouse, and were met by dozens of cheering friends and fellow islanders who thanked the women and celebrated their achievement with a potluck supper. For dessert there was a special cake with the inscription, “Congratulations, Alison and Molly!! Keep the light shining!!”

Thanks to donations that rolled in at the last minute, Molly and Alison reached their goal. Their pluck and dedication raised $18,000 for the restoration of the lighthouse. If anyone still wants to donate (the total bill for repairs is expected to be about a half million dollars), they’d be delighted. Keep the light shining indeed.