'This is the best day ever': Suns throw a party for the boy with a lonely birthday

The Phoenix Suns threw a birthday celebration for the little boy who didn't have any friends show up to his birthday party. 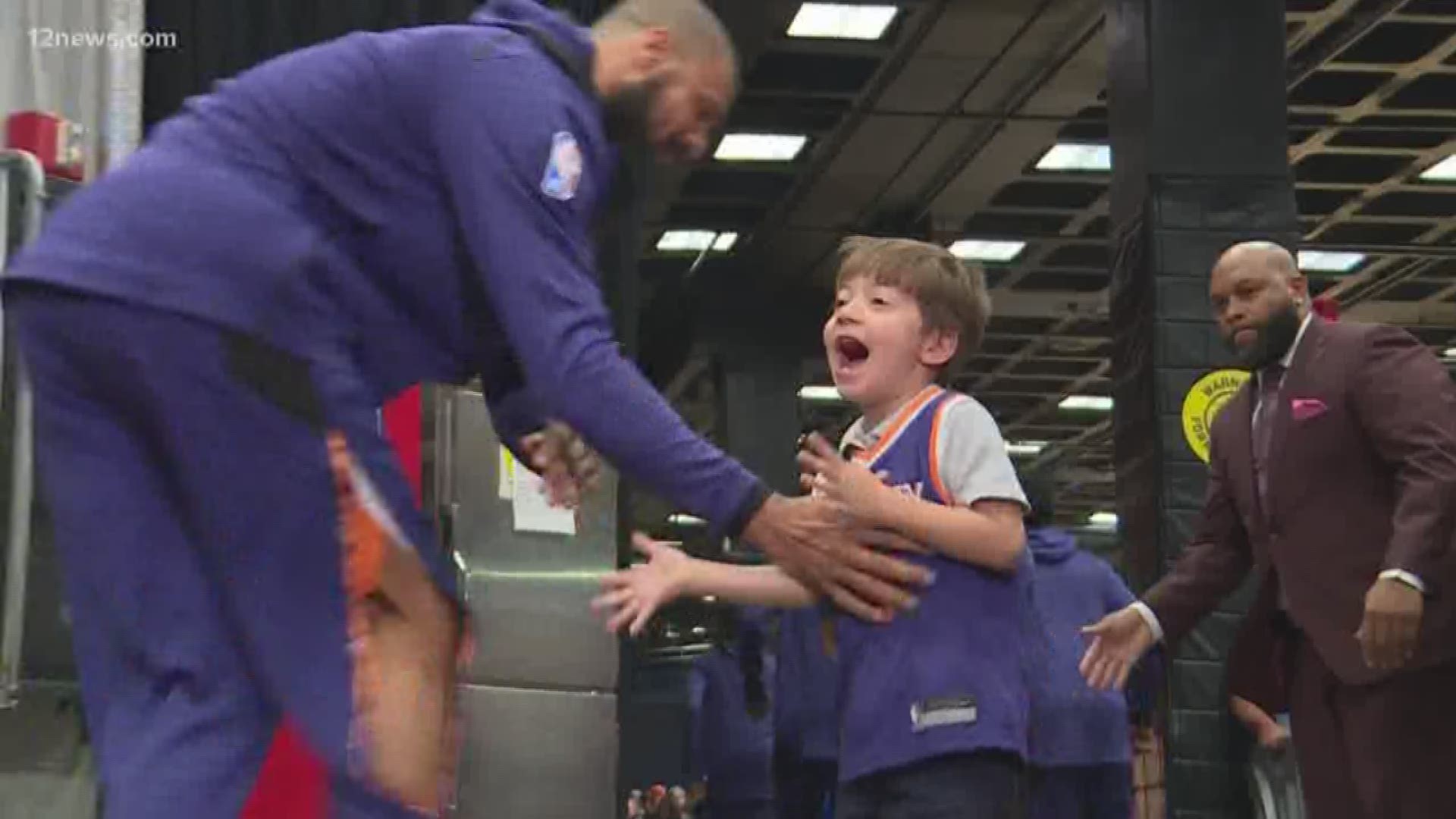 When Teddy's mom gave him a choice between going to Disneyland and throwing his first-ever party with friends, Teddy chose the party.

But no one showed up. Teddy's mom took a picture that has now gone viral of him sitting alone at a table full of pizza.

The Phoenix Suns saw that picture and decided to make sure Teddy felt some birthday love, so they invited Teddy and his parents to Wednesday's LA Lakers game.

Teddy was welcomed by the Suns cheerleaders and gorilla with a custom tike-size jersey, birthday crown, and more.

"This is the best day ever!" Teddy said to his dad as he handed all his gifts.

Teddy and his family have been overwhelmed by an outpouring of support and birthday wishes, but there are some people who say the picture is a hoax that was staged by his mom.

"Believe what you want to believe, but the fact of the matter is we really did throw a birthday party, did invite his friends and they didn't show, and that's the truth of it."

Teddy's mom, Sil Mazzini, said she thinks a few things factored into the no-shows. The party was scheduled on Sunday, there was a Halloween carnival the day before, it was rainy, and the invites might have been handed out too far in advance.

But that party was the last thing on Teddy's mind as he was high-fiving the entire Suns team, a personal favorite moment for Teddy.