A local high school student has a priceless reaction when he learned he was accepted into the college of his dreams, but his story doesn't end there. 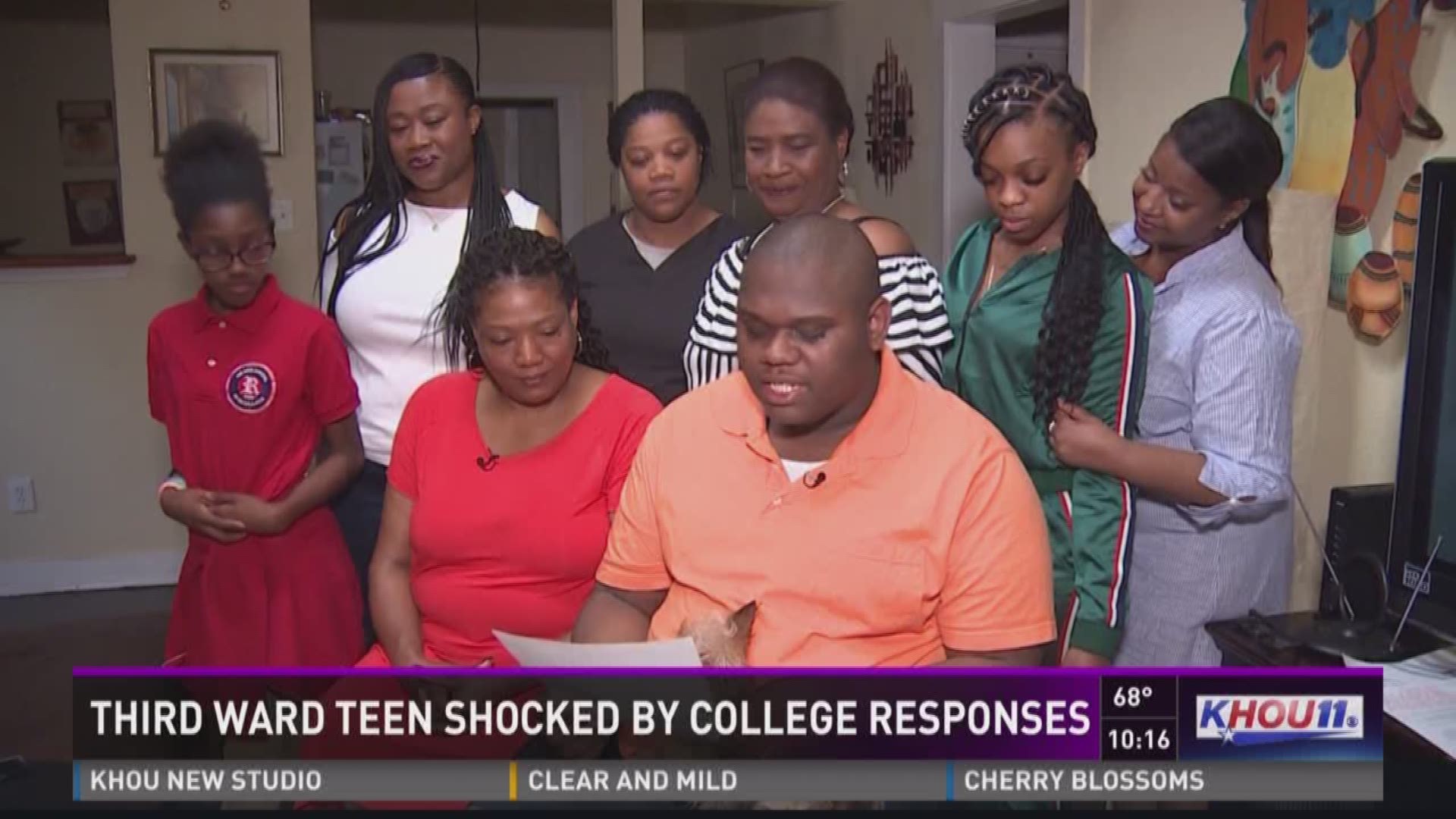 HOUSTON - A local high school student has a priceless reaction when he learned he was accepted into the college of his dreams, but his story doesn’t end there.

Lamar High School student Michael Brown knows he’ll be enrolled in one of America’s top universities next year, he just has to decide which one.

If you ever wondered what a much-deserved payoff looks like, a cell phone video showing the moments Brown found out he was accepted to Stanford University, would be it.

Stanford is a dream Brown has worked toward for years and growing up in the economically challenged Third Ward, it’s a dream that some may think was out of reach.

“I was certainly nervous,” said Brown. “I study a considerable amount I think.”

But Brown didn’t only get into Stanford, but all 20 colleges he applied to, including four Ivy Leagues.

In addition, he has worked with several political campaigns.

Brown would like to study political science then earn a law degree. Eventually, he’d like to work at a law firm and run for public office.

“Politics is the route for making changes on a bigger scale and working with people in the community.” he said.

Brown largely credits his motivation to his mother, Berthinia.

“When I was in elementary school, I saw my mom graduate from community college and that just meant a lot to me,” explained Brown.

“Michael is my rainbow baby,” shared Berthinia. “I lost three babies before I had Michael. So, I just wanted to be the best mother that I could be to him. I wanted to make sure that he had stability.”

Michael was offered full rides to each and every school, plus $260,000 he’s earned in scholarships.

Michael hopes his accomplishment will serve as motivation to other kids in the Third Ward or wherever they may be.

“Be helpful. Dream big. Don’t be afraid,” Brown said. “Be proud of your family, love yourself, love your community and then share your story. Inspire other people to really reach for the stars and achieve their dreams.”

Brown has not decided which school he will attend however, he has to make a decision by May 1st.

MUST SEE VIDEO! This is what it looks like when a hard working, 3rd Ward student gets accepted to his dream college. BTW... he was accepted to 20! Including 4 #IvyLeagues. Story coming up @ 10 on #KHOU11 #DREAMS #Houston #Harvard #Princeton #Yale #FeelGood pic.twitter.com/Lz5kY3G1CO