'I won't resign and I welcome an internal affairs investigation:' said DPA President in wake of Amber Guyger trial

There have been some calls for Dallas Police Association President Mike Mata to resign or be fired in wake of the Amber Guyger trial. 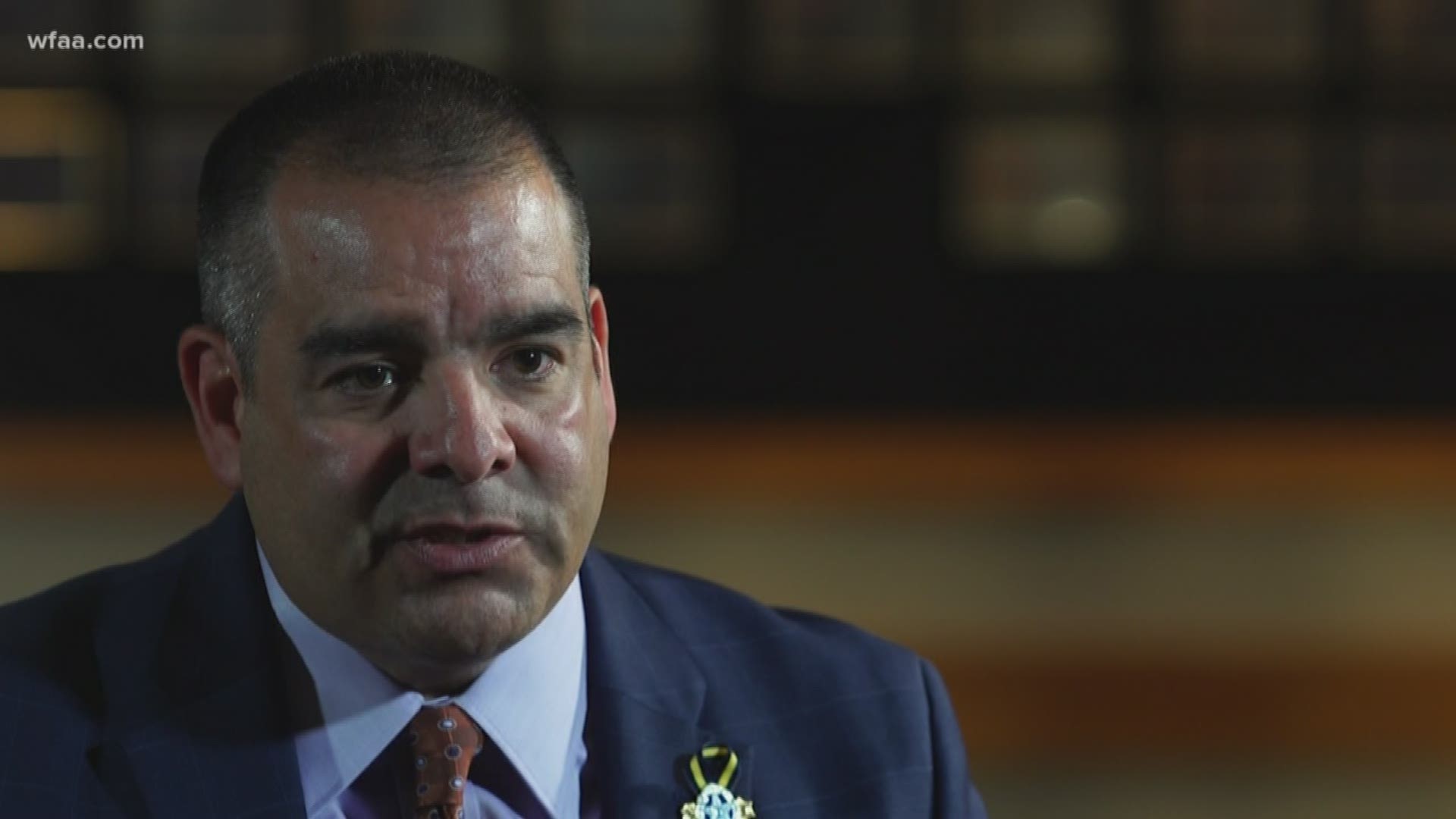 DALLAS — There have been some calls for Dallas Police Association President Mike Mata to resign or be fired in wake of the Amber Guyger trial.

"I will not resign as President of the DPA. I will continue to protect the rights of my members and every officer within the Dallas Police Department,” said Mata.

The controversy is over what Mata did the night Guyger shot Botham Jean. It came up during the trial.

Mata walked up to the squad car Guyger was sitting in and told her not to talk to anyone and had the in car camera turned off.

"And I was not acting as an officer. I was acting as president of a labor organization,” said Mata.

Mata says from the beginning commanders told him it was an officer-involved shooting so he followed protocol and that means turning off microphones and cameras while officers talk to their attorneys.

"That is attorney client privilege just like every other citizen and you can not record that. It is law,” said Mata.

Mata says the district attorney’s own investigators respond to every officer-involved shooting and know this is standard practice.

Chief Renee Hall says there will be an internal affairs investigation into what happened.

“We must all agree that there were some things that there were some things that came out in the trial and if those things are true and how we are going to begin to find that out is by launching an internal affairs investigation and came out and that is how we want to make sure that we address those things. That if those things are true that we make the necessary policy changes and or procedural changes to ensure that this community truly trust our ability to police this community,” said Hall.

“If DPD opens up an investigation I welcome it,” said Mata.

He says statements would be taken from everyone that night about what he was told.

“That would be a fair investigation and I hope I get it,” said Mata.