"He was freaked out, he was so distressed when this was happening, wanting to get out of the car, wanting to run," said his mom, Adrianne Hudson. 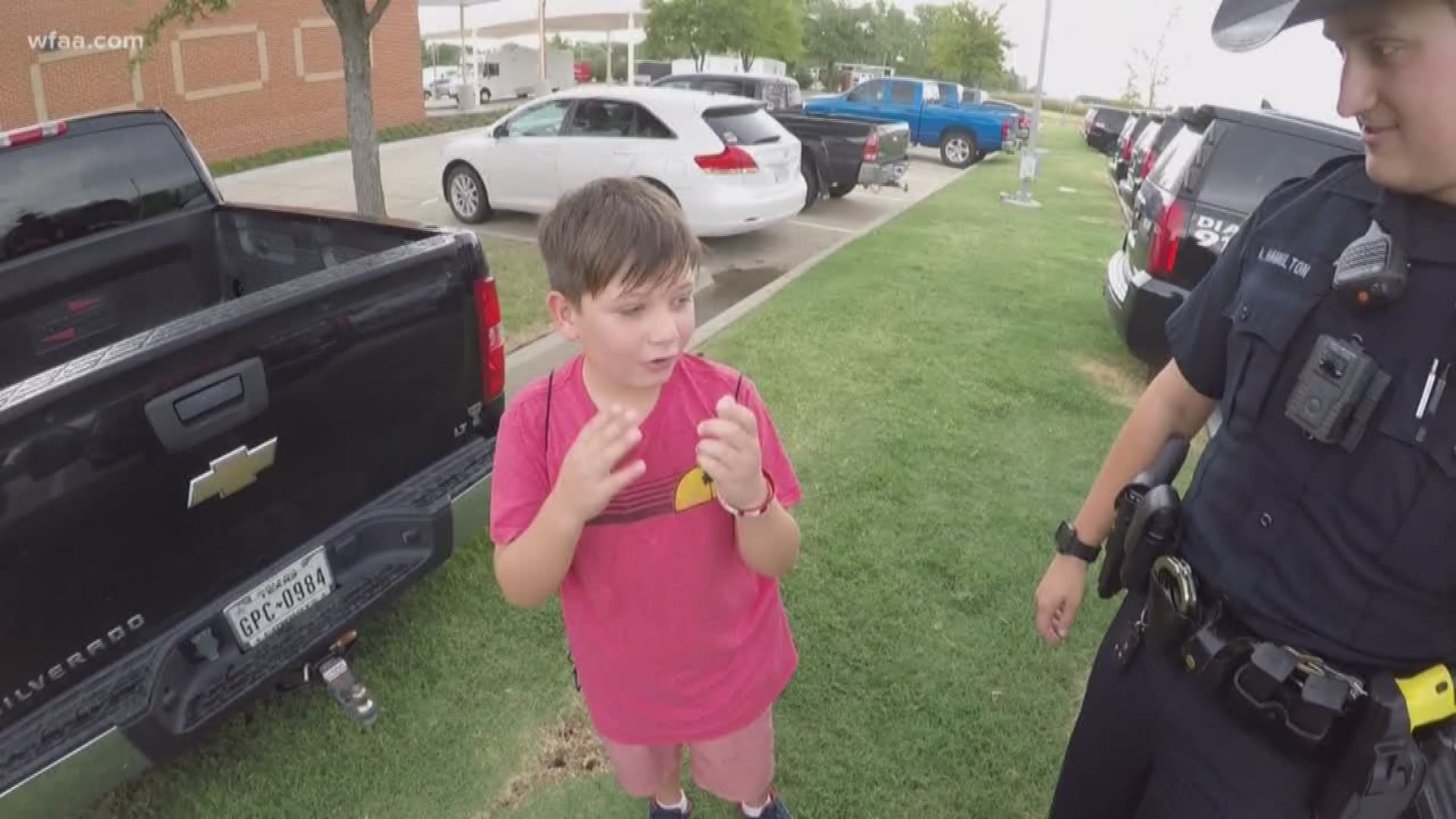 MCKINNEY, Texas -- Getting pulled over can be nerve-racking for anyone. Seven-year-old Jacob Hudson was especially nervous when his mom was stopped for speeding in McKinney.

"He was freaked out, he was so distressed when this was happening, wanting to get out of the car, wanting to run," said his mom Adrianne Hudson.

Jacob, a Frisco second grader, has PANDAS, a disorder that can cause anxiety. "There was a child in the backseat," said Officer Adam Hamilton, who has been with McKinney police for four years. "He seemed overly nervous to the point he was shaking."

That's why Jacob's mom was so moved by what happened next. Hamilton turned his focus to calming her little boy. "How old are you? Seven? You like police cars? Want to see one?" Hamilton can be heard asking on body cam video.

At first, Jacob was so frightened, he said "no," but his mom encouraged him. Then, he sat inside Hamilton's patrol car, and his mom took pictures, posting one to her Facebook page, Frisco Mom Blog, where it gained traction.

"Tried to help calm his nerves, and show him that there's nothing to be afraid of police for," said Hamilton. "We're just here to help and try to keep everybody safe."

Jacob will never forget the moment he saw that officer again, this time, under less stressful circumstances. Hamilton met him at the McKinney Police department to give him a tour. "I got to go into a cop car and it was awesome," said Jacob.

Now, instead of being afraid of officers, Jacob wants to be one. "It means a lot, especially in today's day and age, it means a lot to me to turn someone's perception on police," said Hamilton.

"He didn't know my son is different, he just saw a little boy who was frightened and he wanted to make a difference in a child's life," said Hudson.