HOUSTON — Tonight, we're all Red Raiders! For the first time ever, Texas Tech University is making an appearance in the NCAA Championship. Tip off against Virginia is at 8:20 p.m. on CBS.

The national spotlight captured some poor sportsmanship after Texas Tech one it's Final Four game against Michigan State. 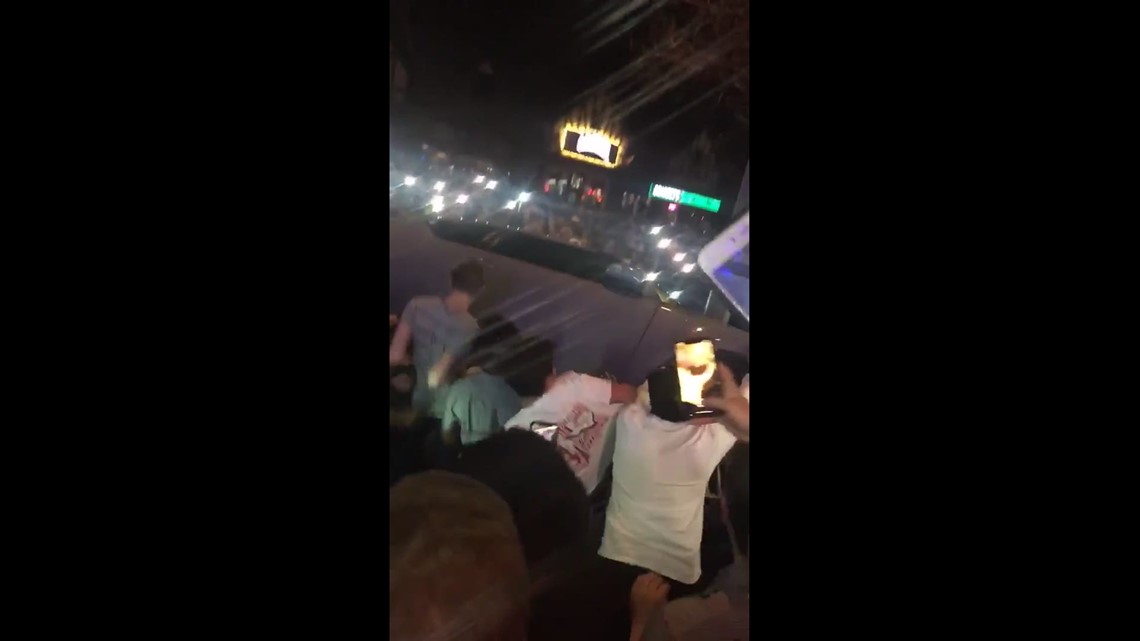 Texas Tech fans flip car after Red Raiders beat Michigan State
Things got a little out of hand after Tech's win in the Final Four Saturday. The Red Raiders take on Virginia Monday for the national title.

"This is a bucket list thing," said Jill Smith who graduated from Texas Tech.  "Tech was founded in 1923 And this is the first time in school history that we’ve made it to the Final Four and now to the National Championship. So we were going, one way or another."

She, her husband and a few of their friends chartered a flight form Houston to Minneapolis, Minnesota where the championship game will be played.

When asked about the Saturday night riots, Jill's spouse Ryan Smith said, "well I’m thinking, that’s not portraying Lubbock, Texas. And that’s not the school, the university that we know."

In a Facebook pose, Lubbock police said they had to use tear gas to settle the crowd.  Investigator say they're using photos and video to find the people who damaged property.

Texas Tech University tweeted a reminder to students, "as we continue to celebrate, we must do so in a way that does not diminish this moment."

The University's president also sent a letter stating classes between Monday afternoon and Wednesday morning would be cancelled because of the game.

"This is so exciting, not just for Texas Tech but for the state of Texas," said Smith.

This is the first time in decades that a men's basketball team from Texas has made it into the finals.

So whether you graduated from Texas Tech or not, "everybody get behind Tech, put your guns up and cheer us to a victory."

The Texas Tech Alumni Association of Houston is hosting a watch party on the patio of the Pit Room at 1201 Richmond Avenue in Montrose.