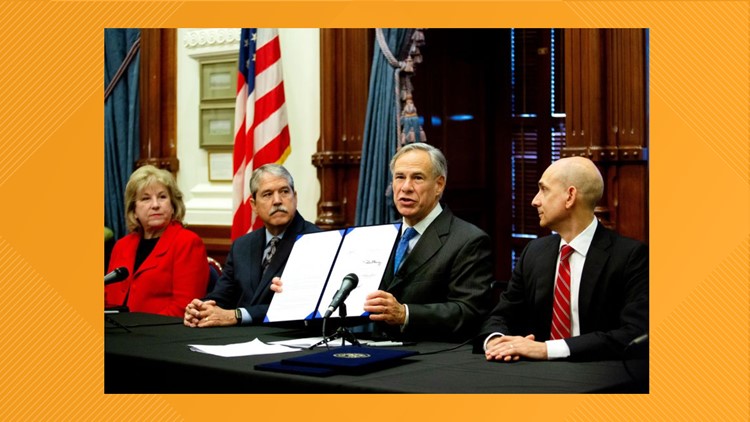 After the second Texas mass shooting in a month, Gov. Greg Abbott tweeted on Monday night that Texas is "working on a legislative package" and that "expedited executions for mass murderers would be a nice addition."

It's unclear whether that legislation will wait until 2021 — the next time the Texas Legislature convenes — or if Abbott is considering calling a special legislative session.

Abbott's tweet linked to an article in The Blaze on the U.S. Department of Justice drafting legislation to speed up executions of people who commit mass murder; that article attributed the news to Bloomberg. In Texas, the average time spent on death row is almost 11 years, according to the Texas Department of Criminal Justice. The more than 200 people currently on death row have been there an average of nearly 16 years.

Abbott's tweet did not say why the shooter didn't pass the background check or how he obtained the rifle he used to kill seven people and injure 22 others — including a state trooper and two police officers. The gunman died after a shootout with police outside a Midland movie theater. Abbott also cited the shooter's criminal history.

"We must keep guns out of criminals' hands," he tweeted.

"Greg Abbott backs "expedited executions" for mass shooters after Odessa shooting" was first published by The Texas Tribune, a nonprofit, nonpartisan media organization that informs Texans — and engages with them — about public policy, politics, government and statewide issues.