Police are asking anyone with any information on this case to please call their department. 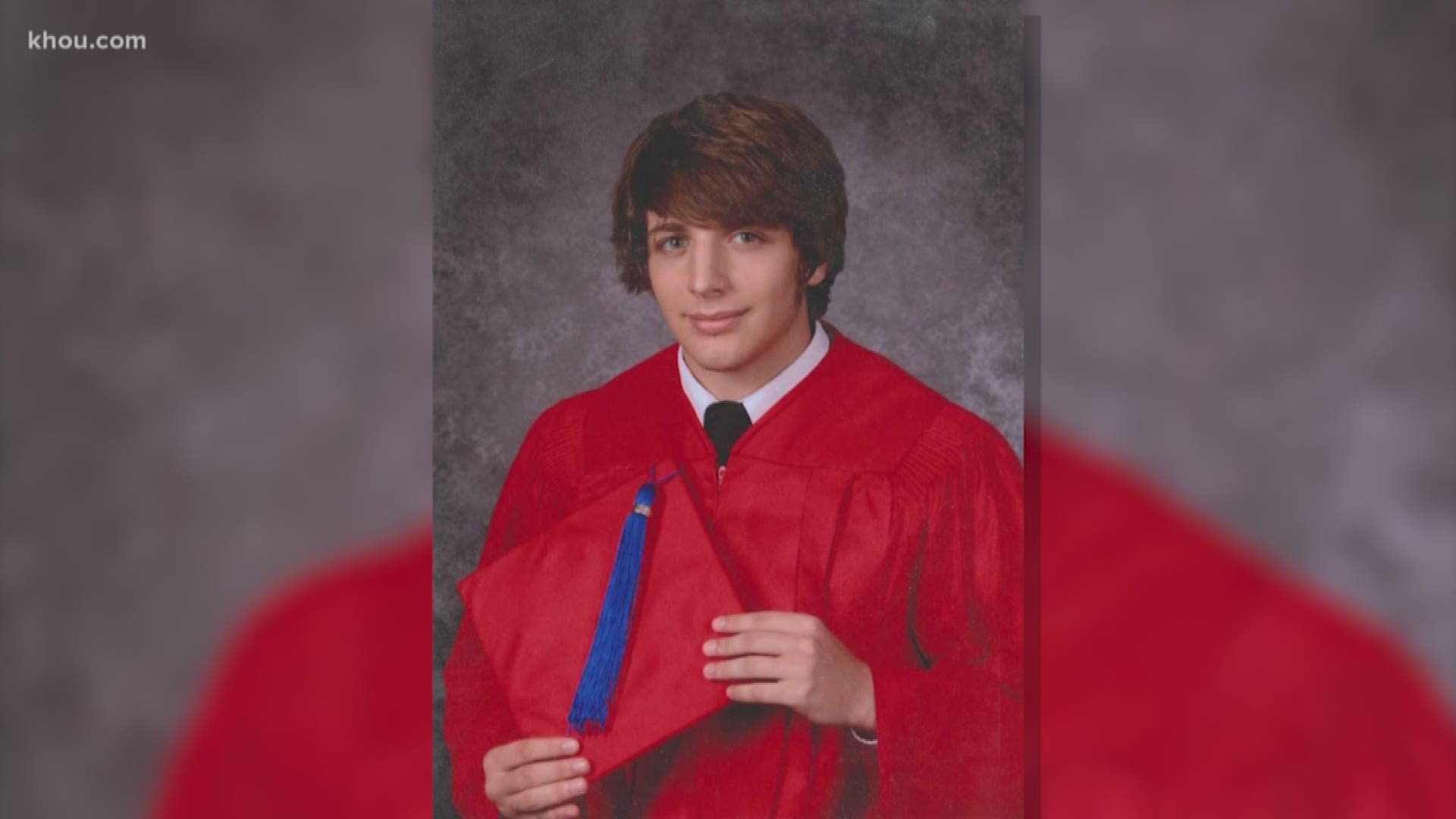 LEAGUE CITY, Texas — Police are looking for the driver who hit and killed a 19-year-old in League City.

League City police said the teen, identified as River Russell, was found lying near a ditch Monday in the 1800 block of F.M. 270 South.

Russell’s personal items were scattered across the road, including a skateboard.

Russell was taken to the hospital. He died on Wednesday.

Police believe Russell was hit sometime between 2:45 a.m. and 3:50 a.m. Monday. They also believe the vehicle that hit Russell was traveling southbound.

Police do not have a description of the vehicle or the suspect.

"Somebody knows something," said League City Police Officer Kelly Williamson. "Probably two or three people know something, so that's who we're appealing to."

Russel lived in a nearby apartment complex and made a positive impression on neighbors like Jose Delarosa.

“I’m real sad to hear that he passed away,” said a crying Delarosa. “Young man, good looking, smart guy. My heart goes out to the family.”

Judith Perez manages the Jack In The Box where Russell worked.

Russell’s stepmother posted on Facebook that he worked two jobs and often got off in in the middle of the night.

“Any animal you don’t leave like that,” said Perez. “You stop, call the police, call the ambulance. You have to be responsible.”

Responsible is what police hope the driver, or someone who knows what happened, will be.

"If you know something, let’s get this thing solved,” said Williamson. “So it’s not lingering and the family can get some closure.”

Family members were too upset to speak on camera Wednesday.

But they told us Russell was kind, giving, and an extraordinary brother to his siblings.