Lufkin police say they've identified and spoken with a juvenile seen in a now-viral video opening a carton of Blue Bell ice cream, licking it and putting it back. 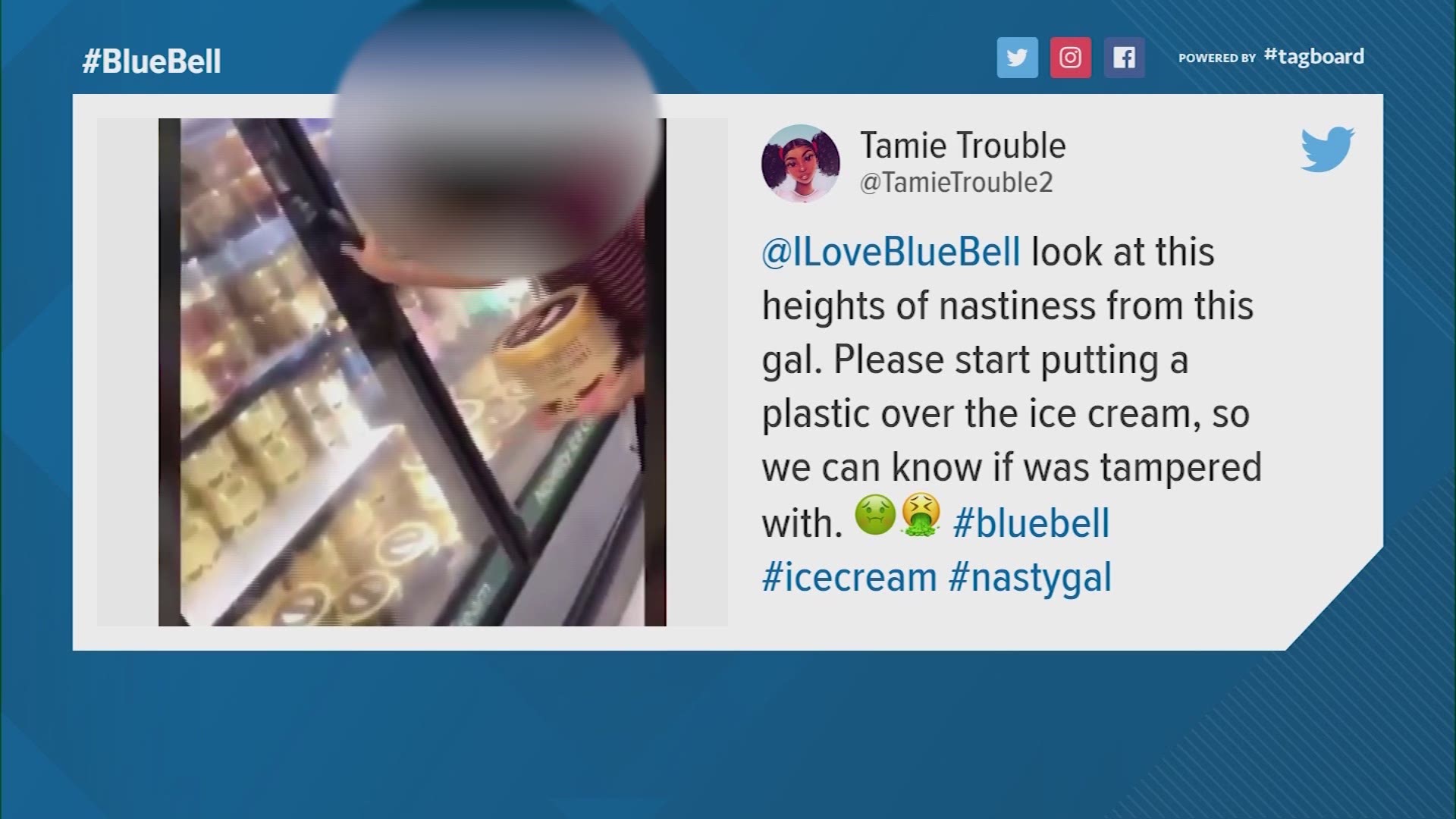 SAN ANTONIO, Texas — A Texas teen witnessed licking a container of Blue Bell ice cream in a viral video that took the internet by storm earlier this week has been linked to the San Antonio area.

The Lufkin Police Department shared the news on its Facebook page Friday around 11:15 a.m. that they had not only identified, but also spoken with the teen.

The teen is reportedly a juvenile from the San Antonio area. Police believe she may have been tied to the Lufkin area because her boyfriend's family lives there.

In the post, Lufkin Police said that because she is a juvenile, her identity will be protected and that the case has been turned over to the Texas Juvenile Justice Department.

Police did say the teen's boyfriend, who allegedly filmed the incident, is not a minor.

In response to Friday's update from police, Blue Bell issued the following statement:

Food safety is our top priority, and we work hard to provide a safe product and maintain the highest level of confidence from our consumers. We are always looking for ways to improve, including looking at methods within our manufacturing process to add additional protection to the carton.

This case is now in the hands of the Texas Juvenile Justice Department to pursue however it deems appropriate.

It remained unclear if the teen would be charged for the incident.

Lufkin Police & Fire
VIRAL BLUE BELL VIDEO UPDATE: Our detectives have identified and spoken with the suspect and her boyfriend in the "Blue Bell licking" case. She is a juvenile from San Antonio tied to the Lufkin area...