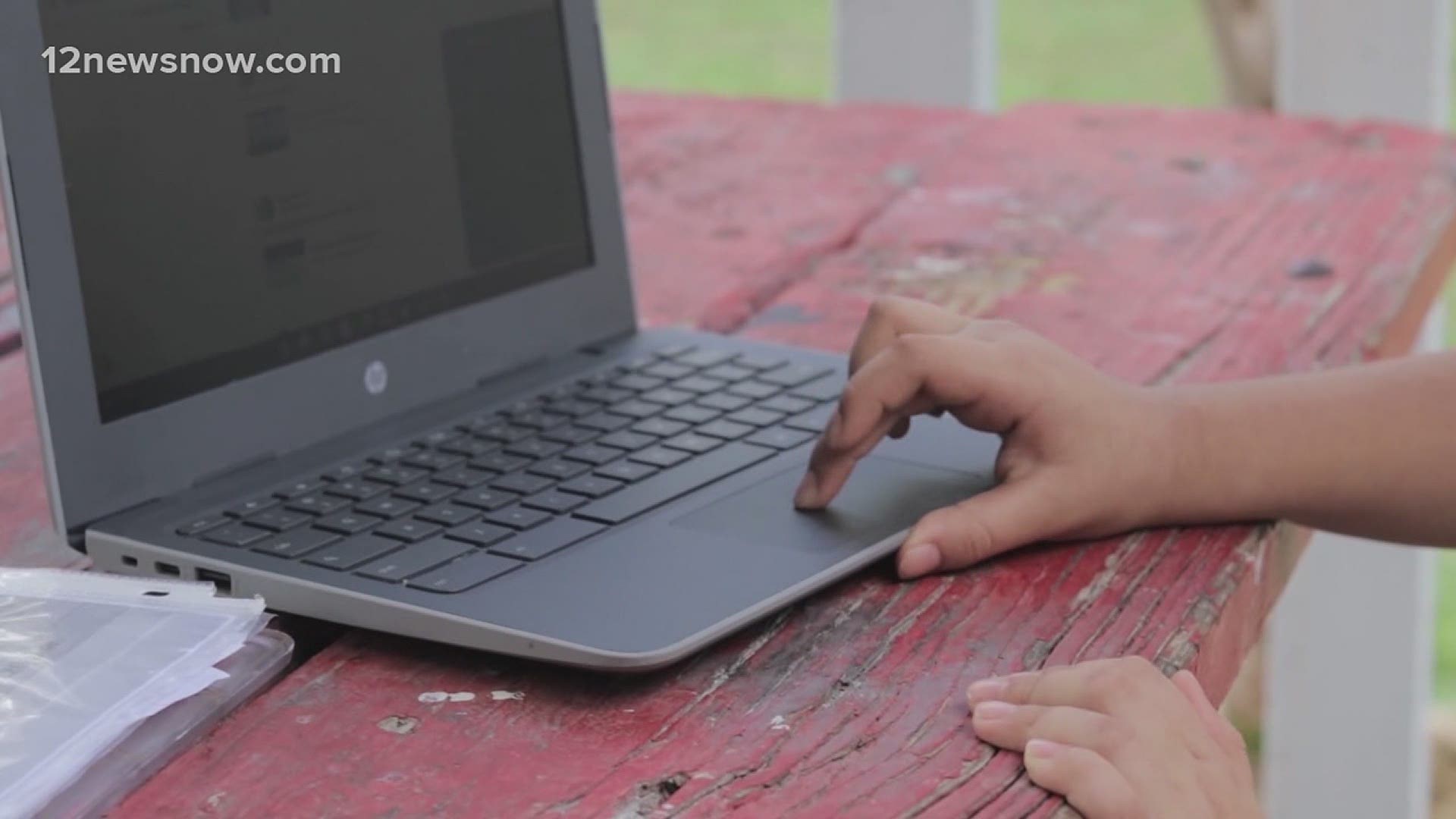 Ashby is the author of legislation that aims to increase broadband access in Texas.

Four of the five least-connected cities in the country are in Texas, according to a 2019 analysis of the National Digital Inclusion Alliance. And three of those — Pharr, Brownsville and Harlingen — are in the Rio Grande Valley.

But state leaders appear ready to address the lack of statewide planning this year: Gov. Greg Abbott has designated broadband access as one of his priority items for this legislative session and lawmakers have filed several bills to promote broadband access in Texas.

Much of the debate has focused on the lack of infrastructure to connect rural areas with broadband internet. But in Harris County almost 200,000 households still don’t have internet in their homes, according to the Census Bureau. Together, the six biggest urban counties in Texas have more than 590,000 households without internet subscriptions.

According to Luis Acuña, a policy analyst with the public policy nonprofit Texas 2036, the digital divide has three main components: building the infrastructure to support high-speed internet, people’s ability to pay for it and their ability to use it once they get it — which requires digital literacy.

“Texas is impacted by all three of those,” Acuña said. “Nearly one million Texans right now do not have infrastructure to support broadband speeds, and that population is larger than South Dakota.”

The homes lacking infrastructure are mainly in rural areas. Another 3 million households in both urban and rural areas — or roughly 8 million people — have access to broadband but aren’t subscribed, Acuña said.

Jennifer Harris, the state program director for Connected Nation Texas, an organization that promotes broadband in the state, said that the challenge in rural areas of the state is definitely big, but urban challenges are overlooked.

“That adoption piece, that does affect our urban and suburban [communities], but also our rural communities too, I don't know that that is being discussed as much as I would like to see,” Harris said.

The problem is closely tied to income. According to the Pew Research Center, nationwide 44% of adults in households that earn $30,000 or less don’t have broadband. A February report from the Texas Comptroller’s Office found that almost 90% of non-Hispanic whites in Texas have broadband access, compared to 80% of Black Texans and 78% of Hispanic Texans.

“Federal resources have been allocated to rural areas and rural areas in the United States are mostly white. So those resources are not being distributed among the diversity of our population,” Siefer said.

The pandemic has only highlighted the need for improving access to broadband in Texas. In Matute’s case, her kids had the option to go to school or stay at home and take online classes to avoid possible COVID-19 risks. But with her limited phone hot spot, it wasn't fast enough for two students to have video classes.

They’ve been going to classes in person from Monday to Thursday, and on Friday they have assignments at home. That day, Matute knows that she won’t be able to use her phone as she pleases, because the kids need it for school. And even then, they have connection problems.

“Same thing happens with the [parent] meetings at school. I almost never can log in,” Matute said.

Although online classes are the main problem mentioned by parents without an internet connection, the lack of a good connection cuts off access to a host of other crucial services during the pandemic: Telehealth has become an essential tool for those who can afford it, applications for food, health care, financial and rental assistance benefits are easier and safer to do online, and many courts have switched to online hearings to promote social distancing.

Hyunja Norman, president of the Korean American Voters League in Houston, said that this is especially a problem for older people who don’t have digital skills, and she worries it will impact their ability to get vaccinated for COVID-19.

“Right now everything is easier online, like with the vaccination process,” Norman said. “This happened so fast. If you don’t have good internet access, they are out of luck.”

Norman said that she and others in the immigrant community often have to help older people navigate the online world to do basic tasks like getting IDs.

“When you apply for a new driver's license, if you don’t have internet how are you going to find forms?” Norman said. “People do not have a chance.”

State lawmakers have filed several bills aimed at improving broadband access, including House Bill 5 and Senate Bill 5, which create a broadband council to form a long-term strategy to promote access across the state. The council would also lead an effort to map the quality of internet connections in Texas.

“I was very pleased to see the governor add broadband access to the designation for emergency items,” said state Rep. Trent Ashby, R-Lufkin, who authored the House bill. “Whether it's an urban, suburban or rural part of the state, access to broadband, as he said, no longer is a luxury, but it's really a necessity and it's become an essential tool for our livelihoods.”

Ashby represents a rural part of the state, but he said the bill has bipartisan support among lawmakers who represent urban, suburban and rural areas.

“In my conversations with my colleagues, many from the more urban areas of the state, I was really surprised that we have so many, what they were calling, broadband deserts in some of our largest cities,” Ashby said. “Part of the plan here that we believe that the broadband office will look at is the affordability issue.”

Internet deserts in the Valley

In some parts of Texas, the challenges of infrastructure, affordability and digital skills combine. One of the areas with the biggest problems is the Rio Grande Valley, which has some of the higher levels of poverty in the state as well as many communities without broadband infrastructure.

In the unincorporated neighborhoods outside major towns known as "colonias," people like Karen Reyes are frustrated.

“Internet companies send us brochures, but when I call them they tell me I’m too far [from their service area],” said Reyes, 24, who lives 30 minutes from McAllen and works in a dollar store while she attends college.

Although money is tight, she said she would be willing to pay for internet because she needs it for school. But that’s not an option in her colonia, which residents call Eduardo 5.

“Sometimes I use my phone, but sometimes it doesn’t work and I have to go to a library, but many of them have been closed,” she said. Other colonia residents told the Tribune that they received hot spots from school districts for their childrens’ online classes, but the service is still not good enough to sustain video conferencing.

Reyes, who is studying to be a teacher, said the lack of access has become an even worse problem during the pandemic as her classes moved online. And not every teacher understands her challenges.

Around April last year, she had to present a simulated class for kids in front of a professor, through a video conference. She prepared her materials, memorized the lecture and got ready to teach. But her connection through her phone didn’t work.

“When internet came back, I asked if I could send the video or do this again,” she said. “The professor told me that she wasn’t going to give me a zero, but a 50%.”

She said she hopes her colonia can get internet soon.

“Internet is really important because it can keep you communicating with everyone, about everything that is going on.” Reyes said. “In my neighborhood, we need internet for everyone.”

Alana Rocha contributed to this report.

Disclosure: Texas 2036 has been a financial supporter of The Texas Tribune, a nonprofit, nonpartisan news organization that is funded in part by donations from members, foundations and corporate sponsors. Financial supporters play no role in the Tribune's journalism. Find a complete list of them here.