Migrant holding facility update: How many beds does each facility have?

Let's take a look at the numbers. 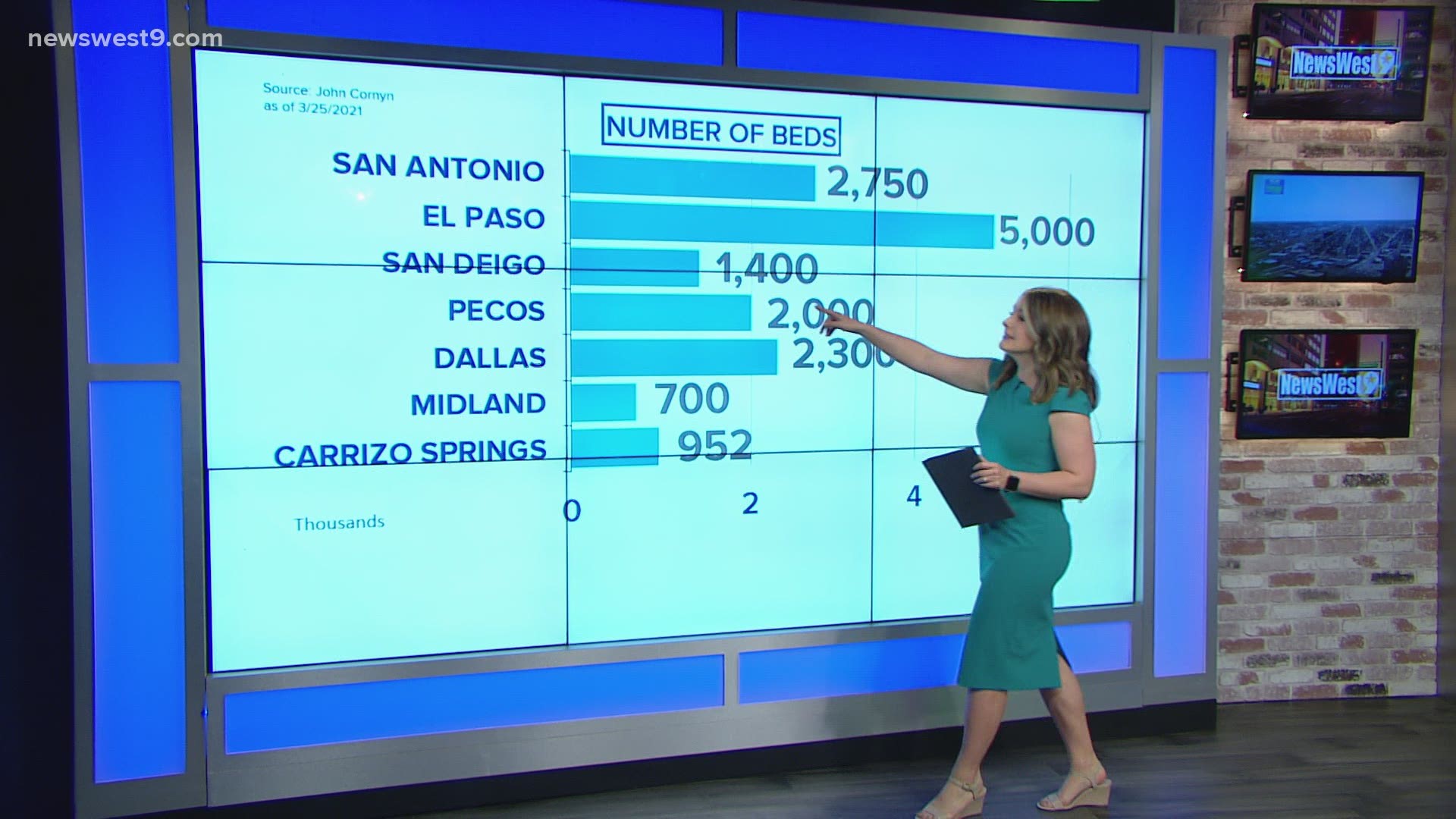 President Biden making no apologies today for the surge of migrants crossing the U.S.-Mexico border illegally.

“I make no apology for that,” Biden said. “Rolling back the policies of remain in Mexico, sitting on the edge of the Rio Grande in a muddy circumstance with not enough to eat. I make no apologies for that.”

It has been a week and a half since Health and Human Services announced that migrant children were headed to Midland.

At the time, just 485 teen boys were there, and HHS said the facility was not accepting any more migrant minors. One week later, that doesn't seem to be the case.

Congressman August Pfluger confirmed to us Wednesday that "several bus loads" are headed to the Midland holding facility, and it seems more could be on the way.

Let's take a look at the numbers.

Listed below is each of the migrant facilities and how many beds they have set up. Note that all of these are in Texas, besides one in San Diego, California.