Lee: TN schools should stay closed until April 24, some National Guard members will be used at assessment sites

The governor said Tuesday he would extend the school closure directive and the state would start producing lessons for students who are out of class. 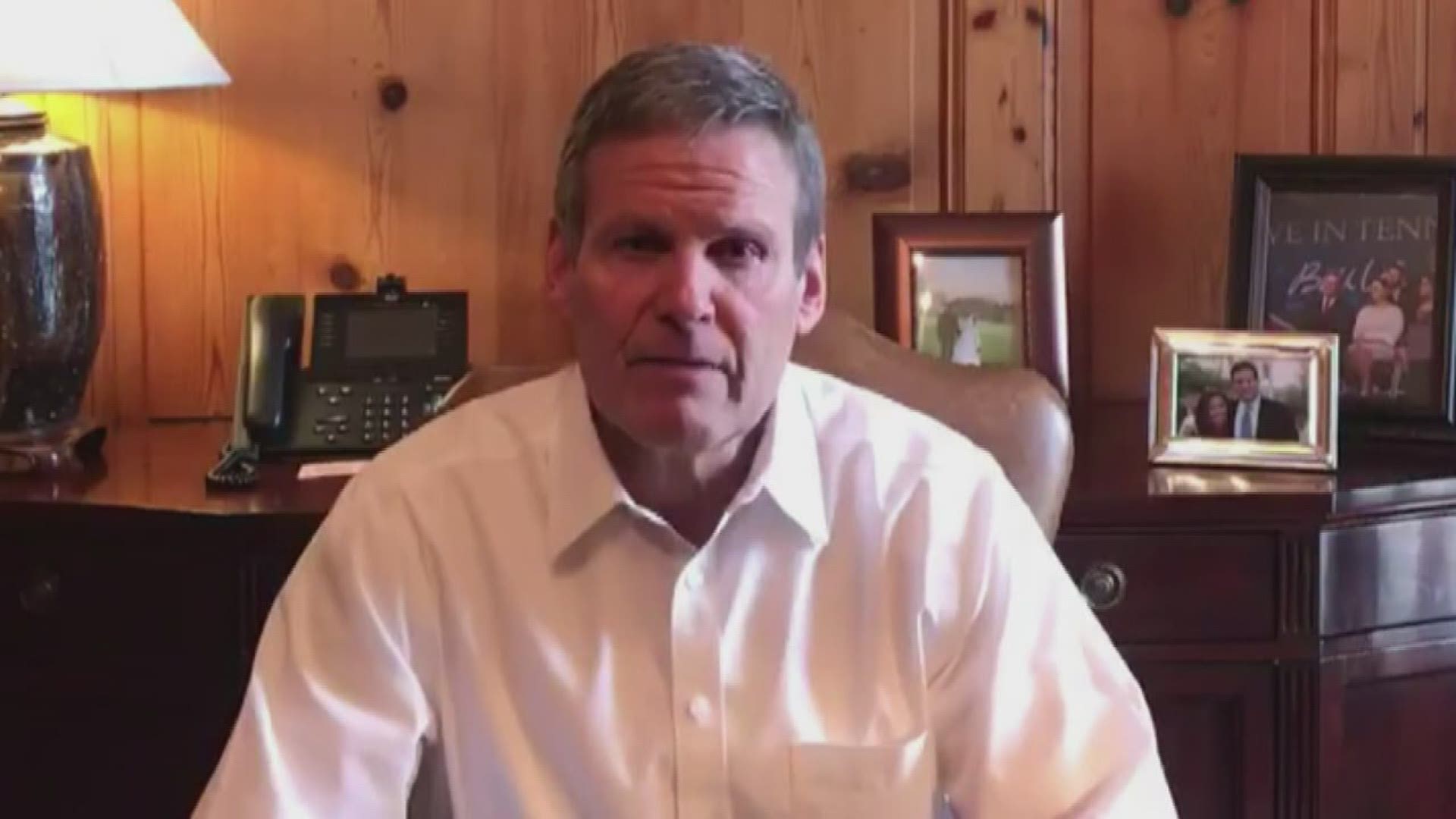 Lee said 150 of the National Guard members were trained in healthcare. They will mostly be sent to rural areas to help communities run their assessment sites.

He also announced he wants public schools across the state to remain closed until at least April 24, extending the original deadline. Schools were originally expected to reopen by the end of March, before Tuesday's announcement.

Lee had signaled Monday he was looking at stretching out the time students would be kept out of school in an effort to control the virus spread.

Officials said the state is partnering with PBS broadcasting stations to air lessons created by Tennessee starting April 6, so students without internet access at home can continue to learn.

They also announced that the state was preparing online resources and learning tool kits that school districts could use to develop ways to stay connected with students.

For those who don't already have a Real ID, officials also announced Tuesday that the state would hold off resuming the issue of them until May 18. That's after President Trump extended the federal deadline.

Lee said that he directed the Department of Revenue to delay the filing deadline for franchise and excise taxes until July 15, to help mitigate the economic impact of coronavirus.

He also announced that officials were working with public utilities to ensure services would not be discontinued if customers missed payments on their bills.

Health officials that they expect that number to rise as more testing resources are made available and more people are tested for the virus.

RELATED: LIST: What are essential & non-essential businesses during "Safer at Home" order