Pancho Claus delivered presents to children in Houston's second ward on Friday. It's a tradition Pancho and his volunteers have done for the past 35 years. 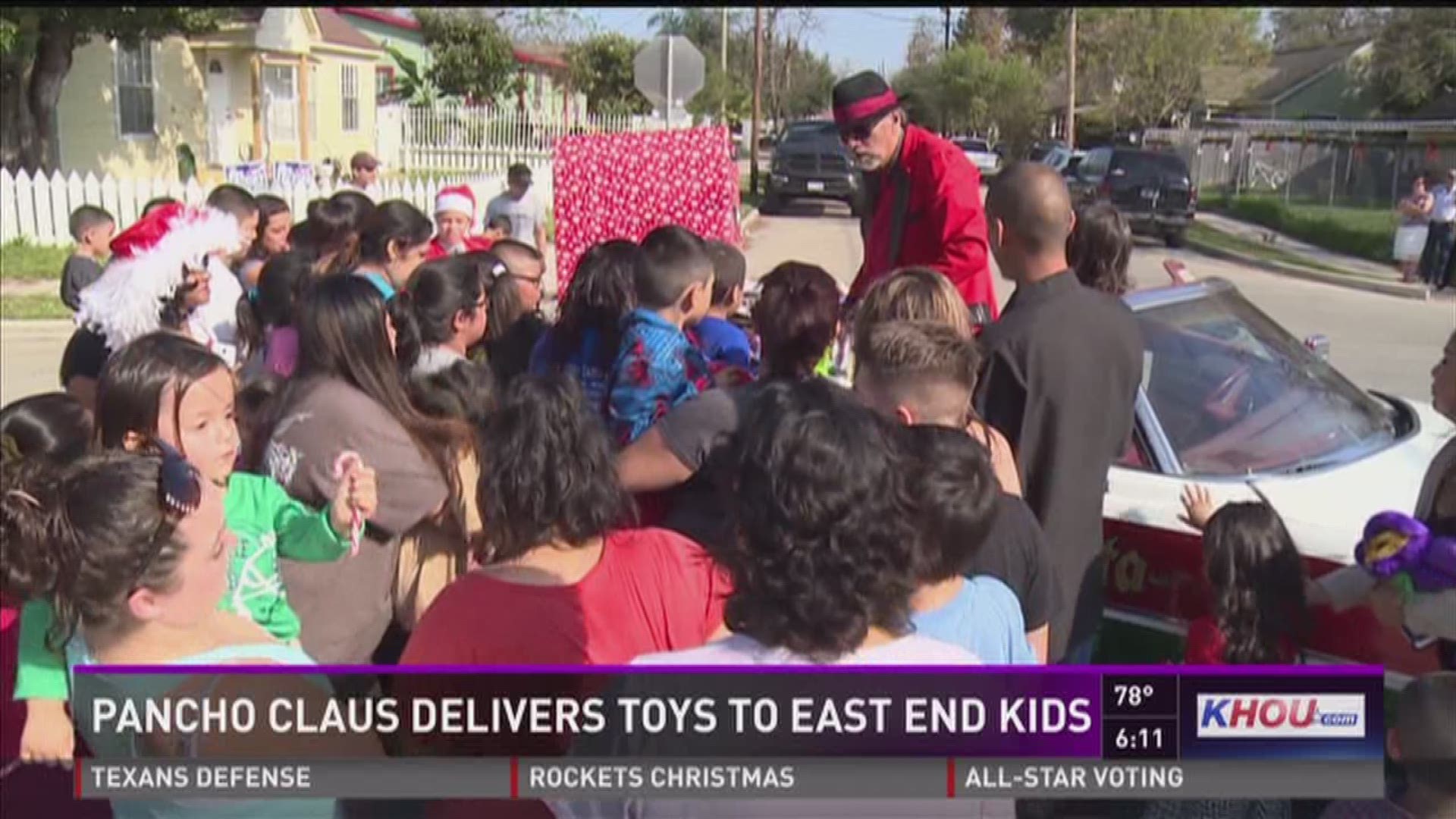 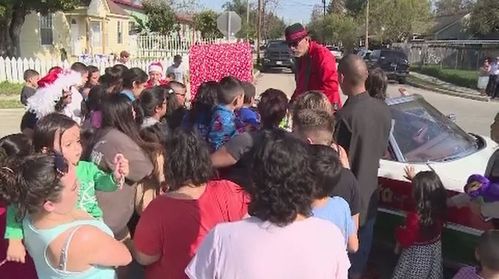 HOUSTON - Santa wasn't the only Claus to come to town on Friday. Good ol' Pancho Claus made his rounds on the east side delivering gifts out of his low-rider to all the girls and boys of the second ward.

It's a neighborhood tradition Pancho and his volunteers have done for 35 years now, and one that has become a community staple on Christmas Day.

"Children out in the neighborhood, they tend to rely on him coming by, Santa Claus coming by, but in this case it's Pancho Claus," said Presinct 6 Constable, Heliodoro Martinez, who also helps out with Pancho's parade.

Pancho Claus spends all year collecting toys to hand out on his annual Christmas visit. He said this year's toy total is about 10,000. The responses he gets are priceless – some of the biggest smiles and thank you's you've ever seen.

However, Pancho said his favorite part isn't the kids' excitement, but the reactions he gets from the parents.

"Well I should say it's the kids that are standing in front of you getting toys, but it's really the parents and the grandparents that sit behind them, and you see those little waves of relief that their kid is getting something, that they did do something special and memorable for their child on Christmas Day," said Pancho Claus.

Pancho Claus may not be your typical red-suited holiday character, but to these kids, he's a Christmas tradition they hope never goes away.