'I know the pain too well': Parents whose children were killed by police officers support victim's family during emotional trial. 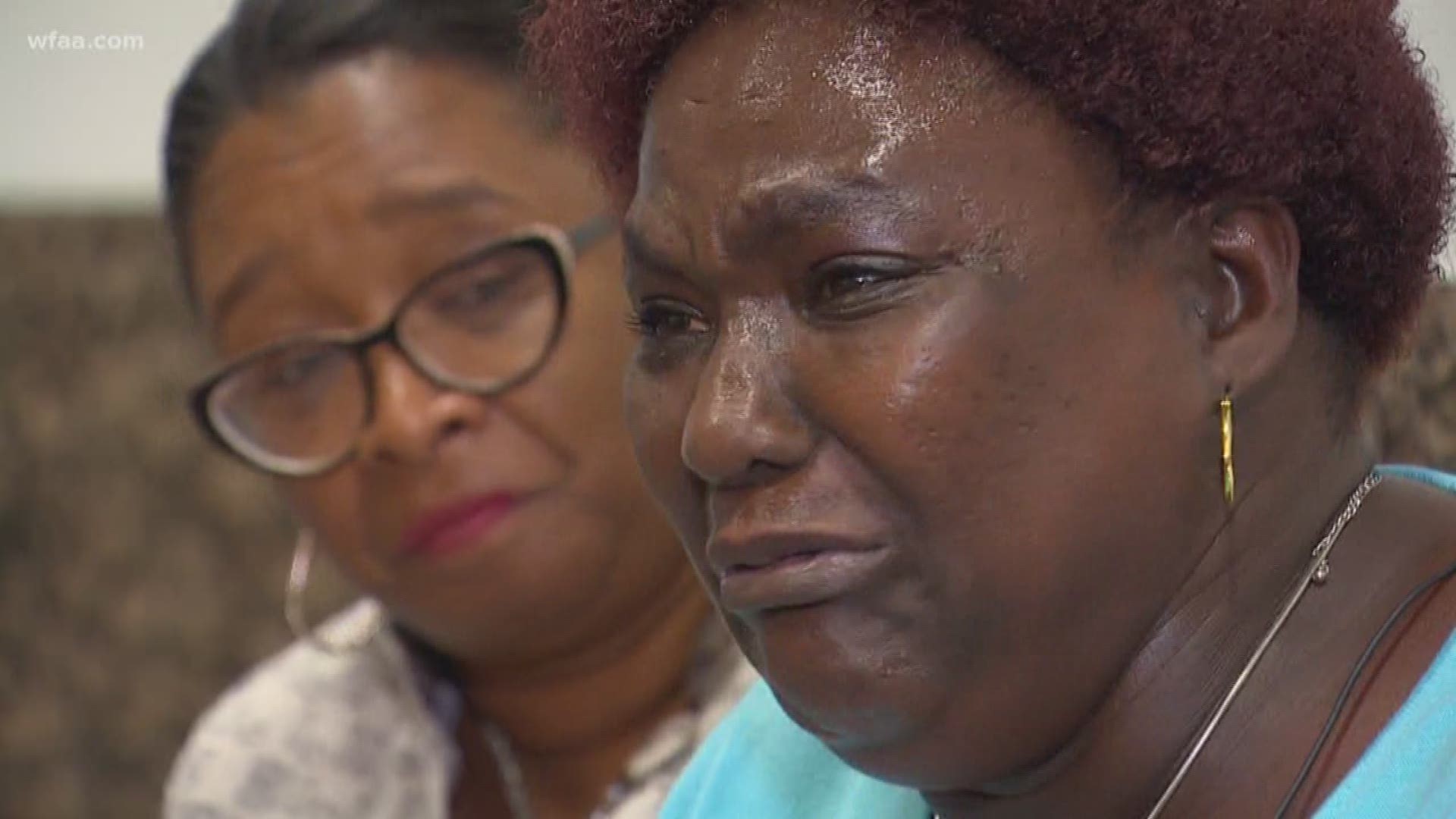 DALLAS — Over the course of nine tough days during former Dallas Police officer Amber Guyger’s murder trial, the family of the man she killed wasn’t alone in the courtroom.

”Our life must move on,” Allison Jean said as she spoke about the 10-year prison sentence a jury handed down against the officer who killed her son Botham Jean.

Mrs. Jean, her husband, and surviving children were surrounded in court by a group of supporters, including other grieving mothers.

“I know the pain all too well,” said Shaunkeyia Stephens.

She was among the group of grieving mothers who had children killed by police officers.

Stephens explained, ”I felt like I had a moral obligation to be here for this mother and this father who loved their son so much, who was taken senselessly.”

The pain of losing a son still aches in Antoinette Washington. Her son Brandon was shot and killed by a Dallas Police officer in 2017.

The bond that connected the women, is hurt.

”There shouldn’t be another mother after us,” Dee Crane cried as she spoke with a crowd after a jury sentenced Amber Guyger.

Crane’s son Tavis was killed by an Arlington officer two years ago.

Crane said, ”Amber Guyger gets a chance to get freedom after 10 years. And my son, and Botham, and other sons are dead forever.”

Each of the women’s lives are forever changed by tragedy. They may not know one another, but they share a pain through their sons’ stories.

”There’s got to be a better day,” Allison Jean said. “And that better day starts with each and every one of us.”