"In 37 years, I was trying to go back... to think if I had ever seen anything like that, & I don't think I have," Creuzot said on Brandt Jean forgiving Guyger. 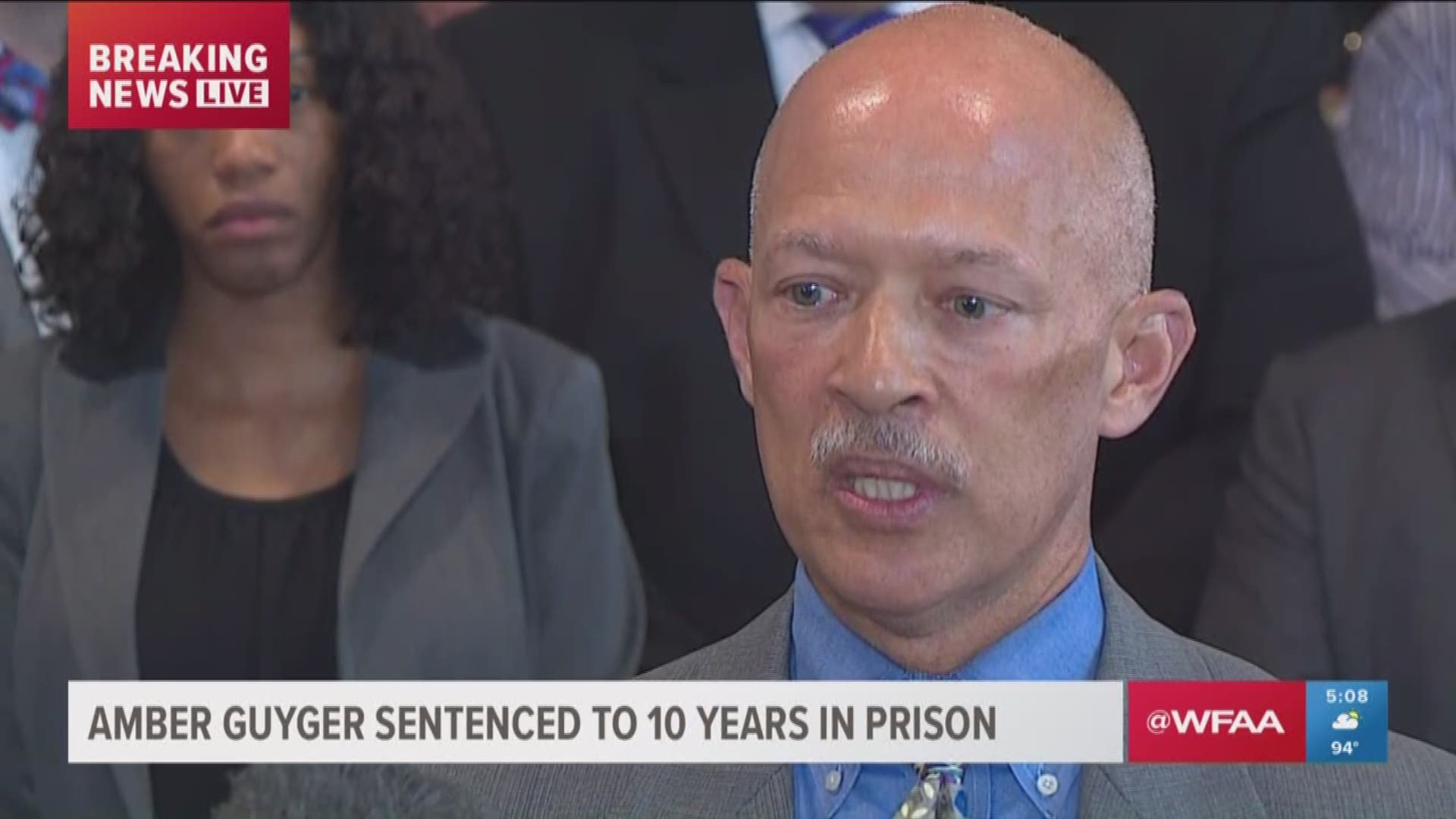 Amber Guyger was sentenced to 10 years in prison Wednesday for the murder of Botham Jean.

After she was sentenced, Botham Jean's brother Brandt Jean forgave Amber Guyger in an emotional victim impact statement, saying he loved her like anyone else.

After getting permission to give Guyger a hug, Jean and Guyger embraced multiple times for about a full minute while audibly crying in the courtroom.

1 / 5
Tom Fox/The Dallas Morning News
Botham Jean's younger brother Brandt Jean hugs convicted murderer Amber Guyger after delivering his impact statement to her following her 10-year prison sentence for murder at the Frank Crowley Courts Building in Dallas, Wednesday, October 2, 2019. Brandt asked the judge if he could give Guyger a hug. The fired Dallas police officer was found guilty of murder by a 12-person jury. Guyger shot and killed Botham Jean, an unarmed 26-year-old neighbor in his own apartment last year. She told police she thought his apartment was her own and that he was an intruder. (Tom Fox/The Dallas Morning News/Pool)

While addressing the public after the sentencing, Dallas County District Attorney John Creuzot told a crowd that he had never seen anything like that moment in his career.

"In 37 years, I was trying to go back in my memory bank to think if I had ever seen anything like that, and I don't think I have," Creuzot said. "I think that that young man was speaking from his heart. It certainly brought tears to a lot of people's eyes in my office as we were watching it, and I know it did down here in the courtroom. I think that's an amazing act of healing and forgiveness that is rare in today's society and the society that we live in, especially for many of our leaders. That young man is 18, and he is a leader. And he should guide us in healing, is what I think of it."

Creuzot then called on the community to learn from Brandt Jean.

"If your 18-year-old brother can heal and express healing in that fashion and his deeds, I would hope that the greater community, not just Dallas but all of Texas and all fo the United States, could gain a message from that," Creuzot said.