Who is Aaron Dean and what might his attempted defense be? 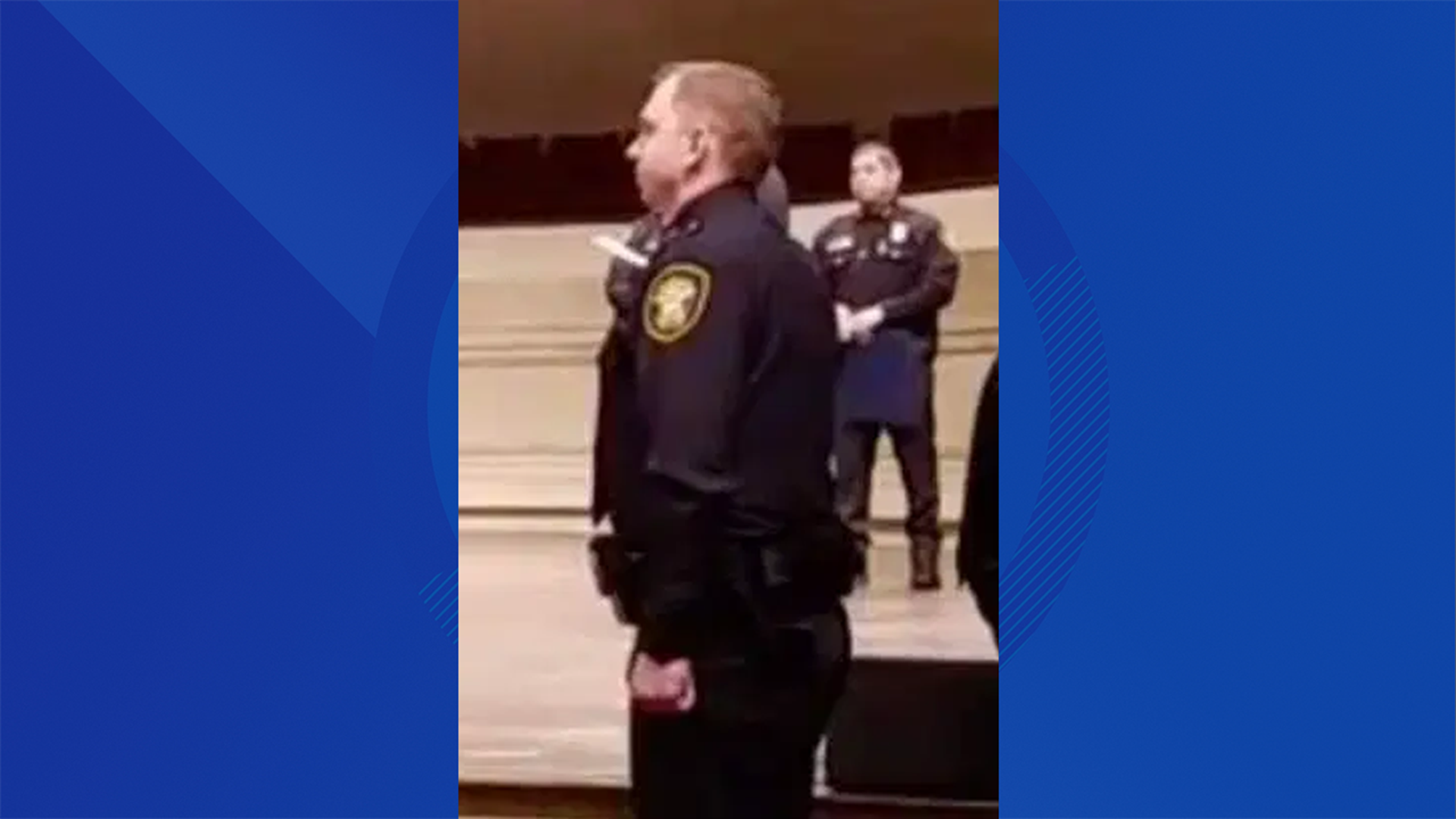 DALLAS — Updated 5:36 p.m. on Nov. 7 with information from job application records and a recorded interview for Aaron Dean.

Aaron Dean was a police officer in Fort Worth for little more than a year before he resigned after he shot and killed a woman inside her home.

Fort Worth police officials planned to terminate 35-year-old Dean after he killed Atatiana Jefferson while responding to an "open structure" call. Dean quit before giving a statement to investigators.

In the days and weeks after the shooting and Dean's arrest on a murder charge, little was known about the former police officer other than that he graduated from University of Texas at Arlington in 2011.

Other clues to his background might have come from his Facebook page, but it has been deleted and is no longer online. Before it disappeared, however, the general public did find it and filled comment sections with death threats and other vulgar language.

His legal team, sought through the Combined Law Enforcement Associations of Texas, says they have no comment either. Jim Lane, who tells WFAA that he has been asked to represent Dean, also represented former Balch Springs police officer Roy Oliver.

Convicted of murder, Oliver is now serving 15 years for the shooting death of 15-year-old Jordan Edwards. Edwards was a passenger in a car leaving a party back in 2017.

As for what the former Fort Worth officer's defense might be for shooting into Atatiana Jefferson's house though a backyard window, attorney and former judge Rob Cañas agrees with the statement of Fort Worth Mayor Betsy Price.

"The gun is irrelevant," she said Monday of the weapon found inside Atatiana Jefferson's home. "She was in her own home. Atatiana was a victim."

"She was completely in a legal position, in the right position to be," Cañas said.

The arrest affidavit reiterates the fact that Dean never identified himself as a police officer. Jefferson's 8-year-old nephew told police that because she heard "noises coming from outside...she (Jefferson)  took her handgun from her purse....pointed it toward the window," the affidavit says.

Because of that, Cañas says the officer might try to claim self-defense. But he doesn't think it will fly.

The other officer at the house with Dean that night says in the arrest affidavit that she "could only see Jefferson's face through the window when Officer Dean discharged his weapon."  In the body camera video you can see Jefferson briefly, her arms at her side. A gun is not visible.

In Nov. 2019, as part of a public information request, the Fort Worth Police Department released job application records and a recorded interview for Aaron Dean.

During the March 2017 job interview, Dean, then 32, admitted to touching the breast of a woman while he was a student at the University of Texas at Arlington.

In the video, Dean told Fort Worth Police Department interviewers he pleaded no contest to a Class C misdemeanor "simple assault," received a citation and paid a fine. 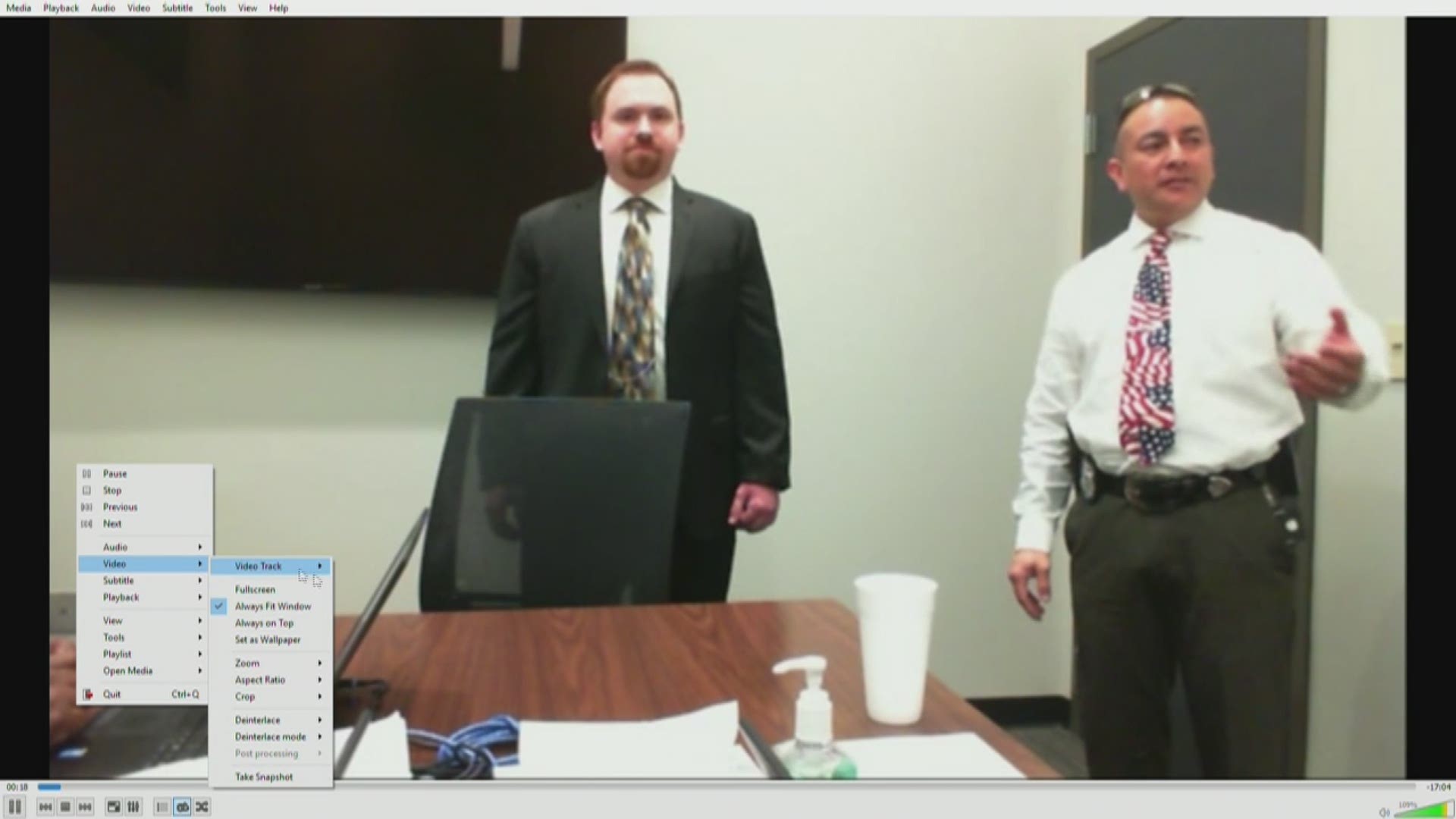 "What's changed since then is being careful about my actions and how they are perceived by others and being sure that I consider others’ viewpoints," Dean said.

Fort Worth police told WFAA in a statement that the department considered the incident before extending an offer of employment to Dean in Aug. 2017.

"The previous simple assault charge was a Class C misdemeanor and it was given significant scrutiny during the hiring process," Fort Worth police officials said.