What motivates people to help? Volunteering at the Texas-Mexico border

Volunteering during the pandemic could be worrisome. One volunteer working with migrants in Brownsville said, "the reward is higher than the risk." 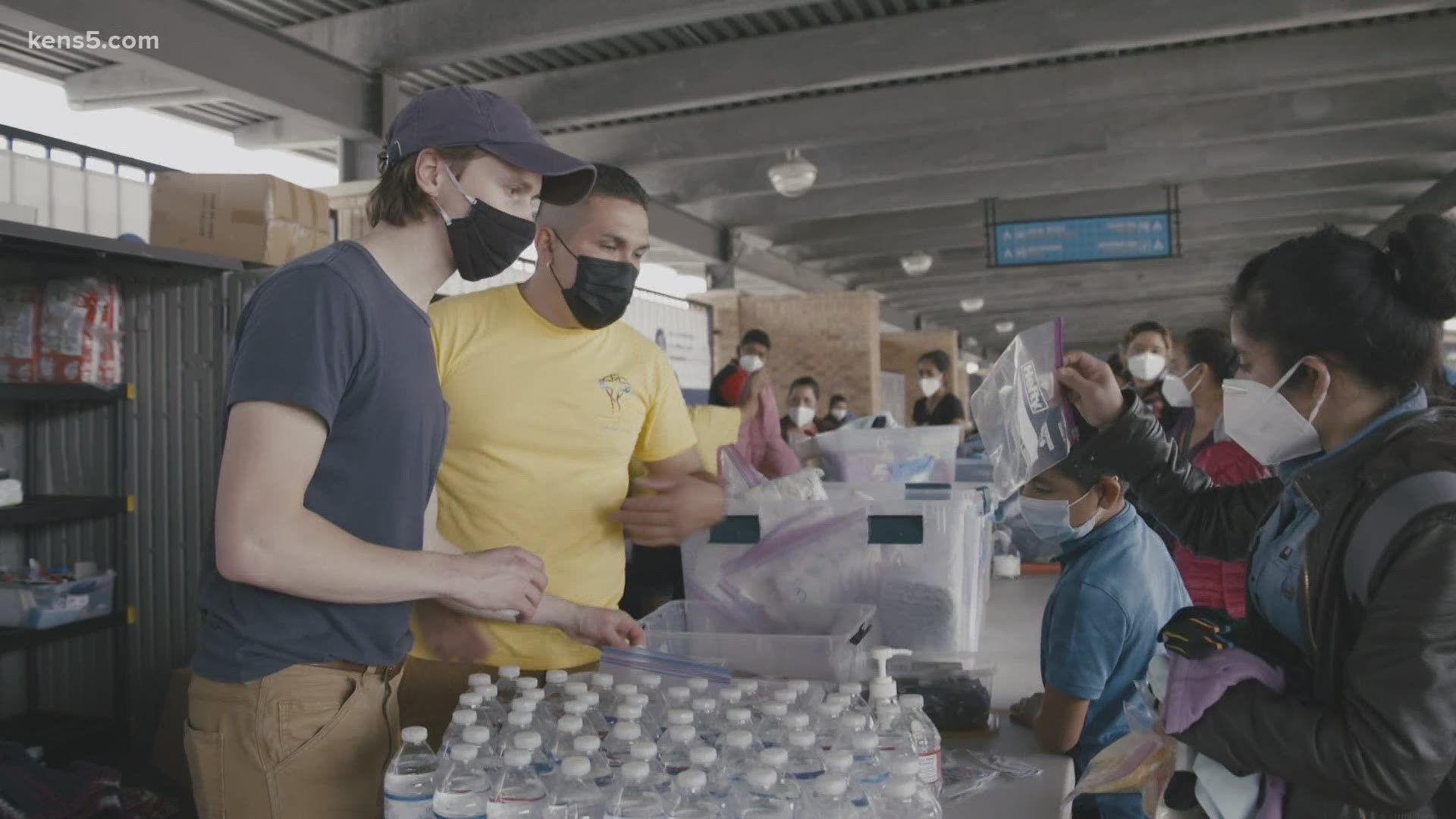 BROWNSVILLE, Texas — Iran Escamilla said he saw it “on the news,” buses of migrant families being released from federal custody to the Brownsville bus station.

“It was getting overcrowded,” he said. “they were short on donations.”

The “they” Escamilla is referring to is Team Brownsville, a volunteer-run non-profit that among other things, works at the bus station in Brownsville, where migrant families are dropped off by federal law enforcement to continue to their next destination.

“It just breaks my heart that you have so much mixed emotions, sadness, happiness, mad,” Escamilla said. “Nobody usually cares about others. So, we don't do it, nobody else is going to do it honestly. I was raised that way. And it feels good in my heart to help out people.”

“I try to do good and I try to teach my kids to do the same,” he said.

Home | Team Brownsville
Since the Biden Administration announced an end to the MPP (Remain in Mexico) program, we are focussed a dual mission: to continue supporting the asylum seeker community in Matamoros, Mexico and to welcome and support families released by US authorities into the United States at the Brownsville Bus Station.

Escamilla said he and his extended family have contributed as much as they could to Team Brownsville that provides the basics migrant families need to travel and survive for a couple of days. Sergio Cordova is one of the founding members and volunteers.

“Everything we get comes from donations,” he said. “It's a horrible situation right now. And, you know, you can't blame these people for wanting safety and for wanting to protect their children. I think that's why the majority of us do it, is it's to feel that you're doing something good for others.”

It’s not hard to imagine what would happen to Alberto from Honduras, and his family, if nonprofits like Team Brownsville didn’t exist.

“Since we were traveling slow, it took us two, three months because we lacked money, working on the way,” Alberto said. “Thanks to God and then Sergio, [otherwise] we would’ve slept at a bus terminal I imagine because we lacked the resources to stay at a hotel.”

The family was traveling to New Jersey.

“I have six girls and me being here, I'm risking them, too,” he said, “I could get sick and then get them sick. But if you look at it, sometimes the reward is higher than the risk.”

Team Brownsville says kids 15 and older are welcome to volunteer, children younger than that are not allowed to volunteer for safety reasons. The non-profit says it doesn’t require anyone giving of their time to make financial donations.

The City of Brownsville keeps count of how migrants come through the bus station.

The city says since late January through March 29 of this year, Customs and Border Protection dropped off 5,368 people.