Texas Agriculture Commissioner Sig Miller told KENS 5 it will take years to recover from the damage of the winter storm. 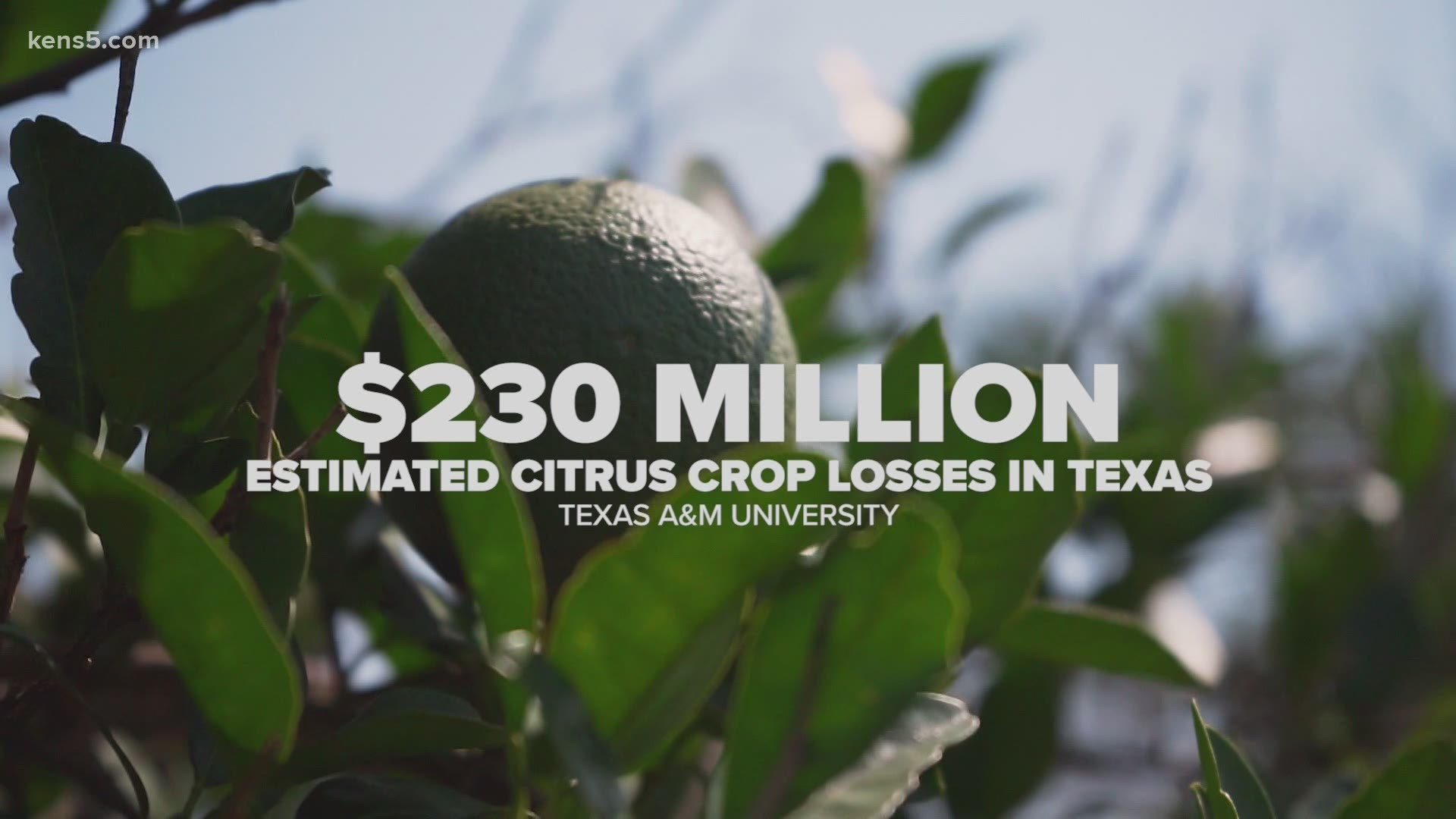 TEXAS, USA — It’s been five months since the freeze in Texas, and citrus growing, a huge business in the Rio Grande Valley, have growers still trying to assess the damage.

Dale Murden is one of them.

“That was obviously dead,” he said as he showed some branches of his orchard to the KENS 5 team. “That's what the freeze did.”

We first met Murden in February of 2021, almost right after the storm that froze much of the state.

“As far as economic engine to the state of Texas, prior to the freeze anyway, it’s a 468-million-dollar economic impact to the state,” Murden told us. “Now, we estimated right at $300 million in damages to both that crop and trees.”

But Murden runs on optimism and hope.

“This was coming back pretty nice,” he points to a tree with some fruit on it. “I'm pretty happy with the progress considering we got down to actually 19 degrees up here.”

Optimism and hope are necessary in Murden’s world; the world of growing citrus in the Rio Grande Valley. It's a world where you rely on so many things you can’t control, with weather being just one of them.

“We're estimating, you know, 30 percent of a normal crop for the year,” he said. “Some growers are replanting new trees. Availability is a problem because most of the nurseries were already spoken for on their trees. So, some growers might have to wait up to three years before they can get new trees to plant.”

According to estimates published by Texas A&M, initial agricultural loss estimates from the storm are expected to exceed $600 million with $230 million in damages to citrus crops, on the conservative end.

“I would say the end of September, we will have a better idea of the acreage we have on the different winter crops at the same time of citrus harvesting, starting at the end of the year as well in October or so. We'll see also the actual damage or the reduction in production from our estimates as well,” Rivera added.

Texas Agriculture Commissioner and a rancher himself Sig Miller told KENS 5 it will take years to recover from the damage the winter storm caused to the state’s ranchers and farmers.

“All of us will have to start over from scratch,” Miller said.

Murden’s world runs on optimism and hope, even in the hardest of times. He says he’s going to continue feeding us, with a partial crop this year and hopefully a full recovery in a few years to come.

“It's in your blood -- farming in general, agriculture, ranching,” he said. “It's all the same. I mean, it's in a lot of blood, sweat and tears spent. But, you know, you walk up and see that cluster of fruit like I showed you earlier. It puts a smile on your face a little spring in your step and you optimistically move forward.”