Pelosi traveled to the Texas border and toured the Rio Grande with Border Patrol after a press conference. 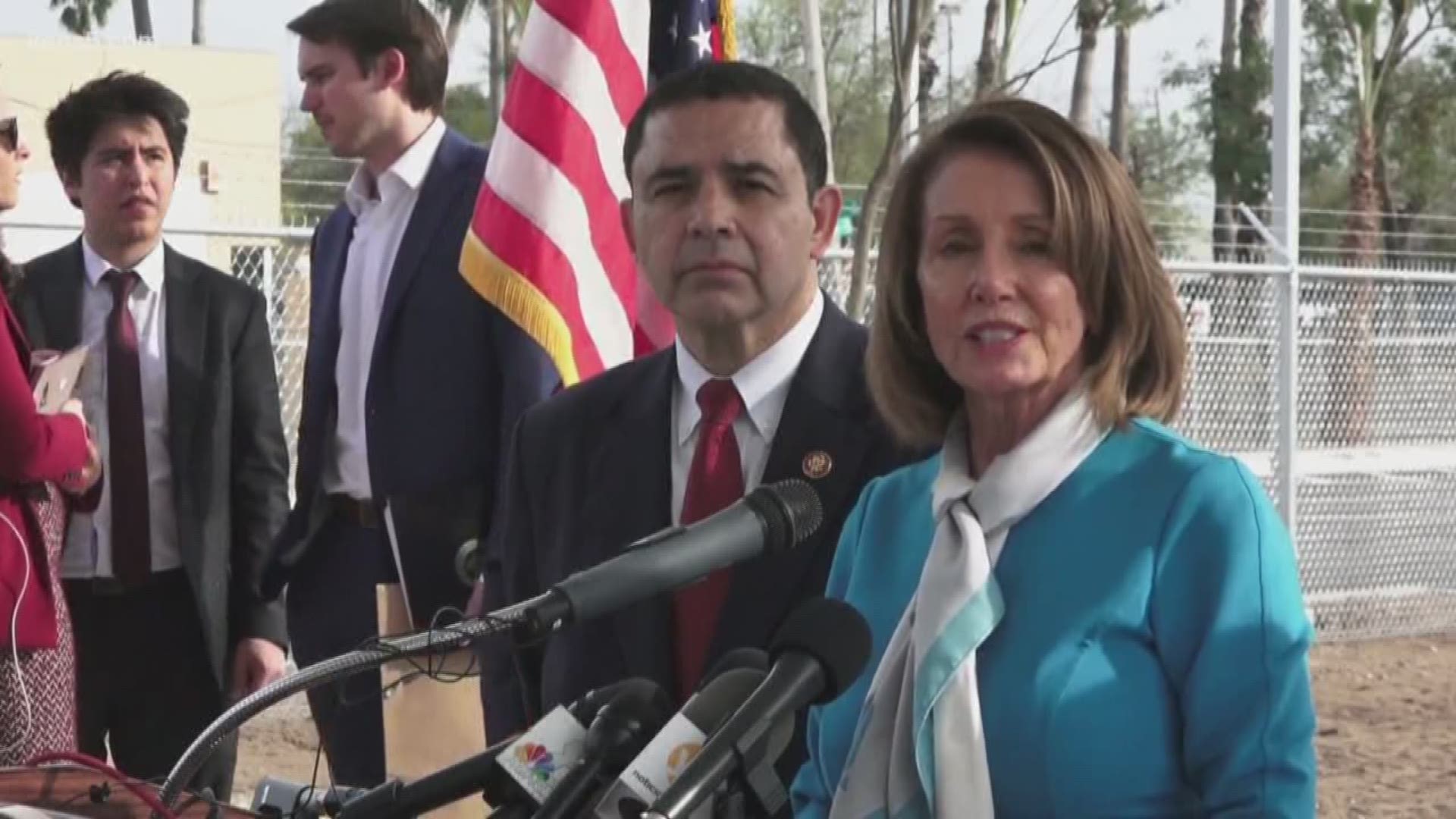 LAREDO, Texas — A South Texas woman speaking on behalf of Border Patrol Agent families is calling out Speaker of the House Nancy Pelosi. She says agents' concerns aren't being taken into account.

The Congresswoman is in Laredo, Texas on a two-day visit full of scheduled events as debate over how to best secure the border continues.

Gina Guell is married to a veteran patrol agent based in Laredo. She worries every time her husband goes to work.

"What's unsafe about that job is that every single day he's putting himself in front of danger, in front of things that hare happening across the border," she said.

Guell's husband isn't allowed to speak publicly. She has asked the KENS 5 Border Team to conceal his identity out of fear of repercussion.

The Wisconsin native spoke for him as a member of a support group called "Border Patrol Agent Family Network."

Pelosi, accompanied by fellow Democratic Congressman Henry Cuellar of Laredo, touted the border as a safe place while speaking to students at Texas A&M International University on Friday. She assured students that there is no national emergency.

During her keynote speech, she agreed with President Trump that there is a need for more border security, but did not agree with the Trump's need for a wall.

Also in attendance was Webb County Sheriff and Congressman Cueller's brother, Martin Cueller. Martin agreed with Pelosi on opposing the wall. He claimed that he and his deputies are experts on the matter.

However, for Guell it's about more than just keeping people and drugs from entering the country illegally.

Pelosi held a press conference that afternoon following a tour of the Juarez-Lincoln port of entry in Laredo. The congresswoman admitted she had not met with border patrol agents about a border wall when questioned by the KENS 5 Border team.

She was, however, escorted by Border Patrol for a tour on the Rio Grande following the press conference.

Pelosi also admitted she is not against other forms of border barriers, like fences and levees, in certain parts of the southwest border.

On Feb. 15, Trump declared a national emergency to fund a border wall. On the same day, he signed the bi-partisan budget deal that included 55 miles of a levee wall/fence combination in Congressman Cuellar's district of Starr county.

Congressman Cuellar confirmed to the KENS 5 Border Team that other barriers are being contemplated for Zapata and Webb Counties, also in this district.

The debate over border security infrastructure between Democrats and Trump boils down to differences in what a barrier should cost and look like.

No matter the end result, Pelosi vowed, "There isn't going to be a wall."