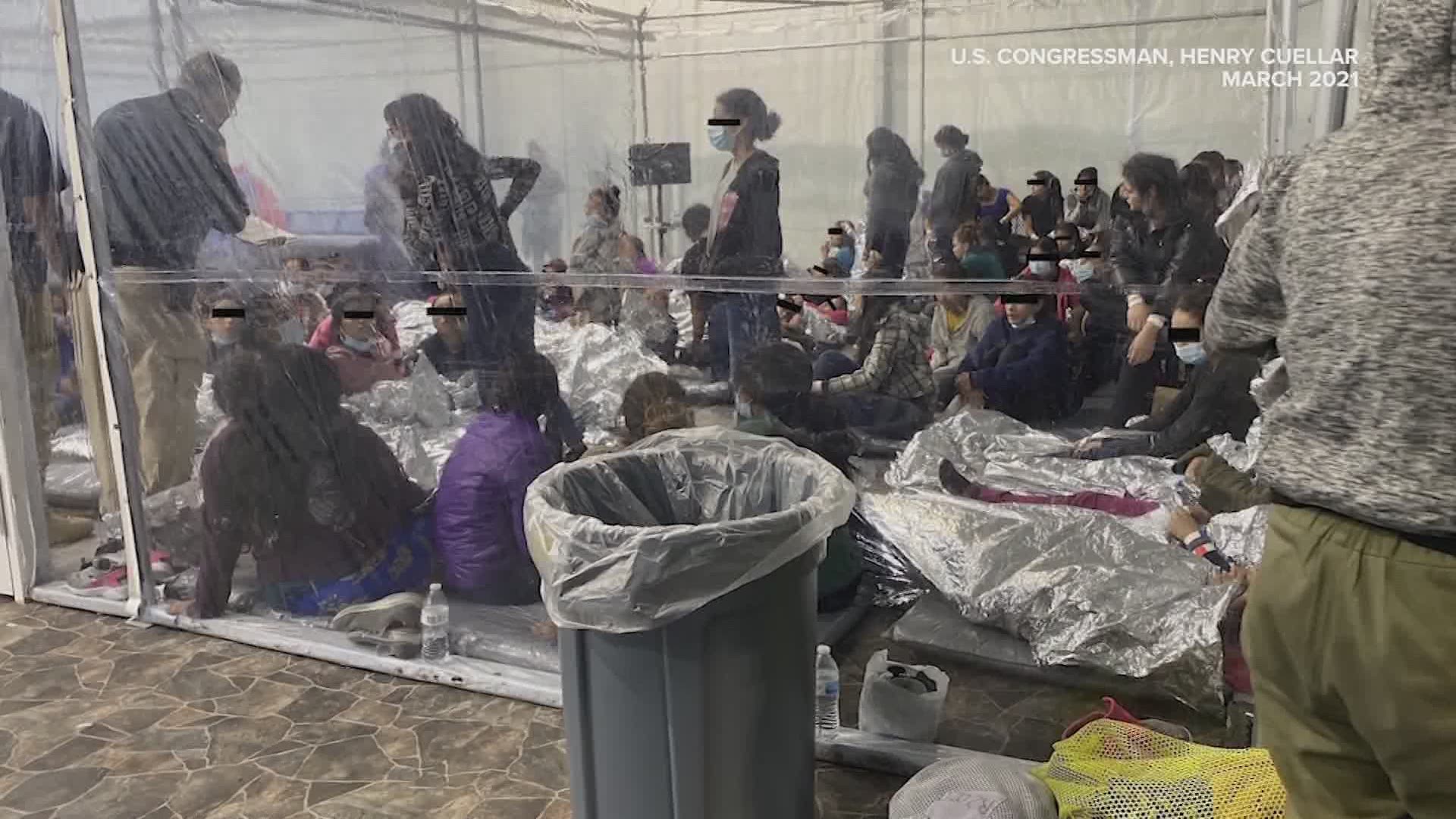 HOUSTON — Some photos shared by U.S. Rep. Henry Cuellar are showing how current conditions along the Texas-Mexico border look similar to the humanitarian crisis at the border in 2014.

Both sets of photos were taken in the Rio Grande Valley.

"The reason I released those photos earlier this week and I also did the same thing in 2014," said Cuellar, "is that somebody has got to speak for those folks and those difficult conditions, especially kids."

Cuellar represents South Texas in Washington D.C. The photos he shared earlier this week were taken inside inside a temporary processing facility in Donna, Texas are going viral along with the details of the crowded conditions.

"I asked Health and Human Services," said Cuellar of the crowded conditions at the temporary processing center, "and they said, we just don’t have the space.

The federal government didn't have the space in 2014 either, when thousands of children from central and south America created a processing backlog for border patrol agents.

Photos shared by Cuellar in 2014 show how processing stations were not designed for long-term detention.

Photos from inside a sector border patrol processing station in the Rio Grande Valley, taken in 2014

"If you remember 2014, after those photos were published, all of a sudden they started moving on this," said Cuellar of the Obama Administration's race to create a centralized processing center.

That center is now undergoing renovations, so in 2021, a new temporary processing facility is holding a new crowd.

Photos from inside a sector border patrol processing station in the Rio Grande Valley, taken in 2021

"My hope, also, is that this motivates the administration also to move faster," said Cuellar, "we want to be helpful. This is not being critical, but we got to move this faster and we all want to be team players. And I don't care if you're a Democrat or Republican. We got to address this issue. We have to address it."

Members of Congress went to #RGV to "see for themselves" in 2014... and again today.

Nearly six years have passed. The faces have changed. The cramped conditions have not.

"Everybody has a particular lens in looking at this issue of immigration is a very emotional issue. It's been an emotional issue throughout the history of the United States. That's why it's been so hard to pass immigration reform in Washington, D.C., because everybody comes in, senators, House members come in with different lenses and they see it very differently."