President Biden shut down the Migrant Protection Protocols installed by his predecessor, leaving some without a roadmap. 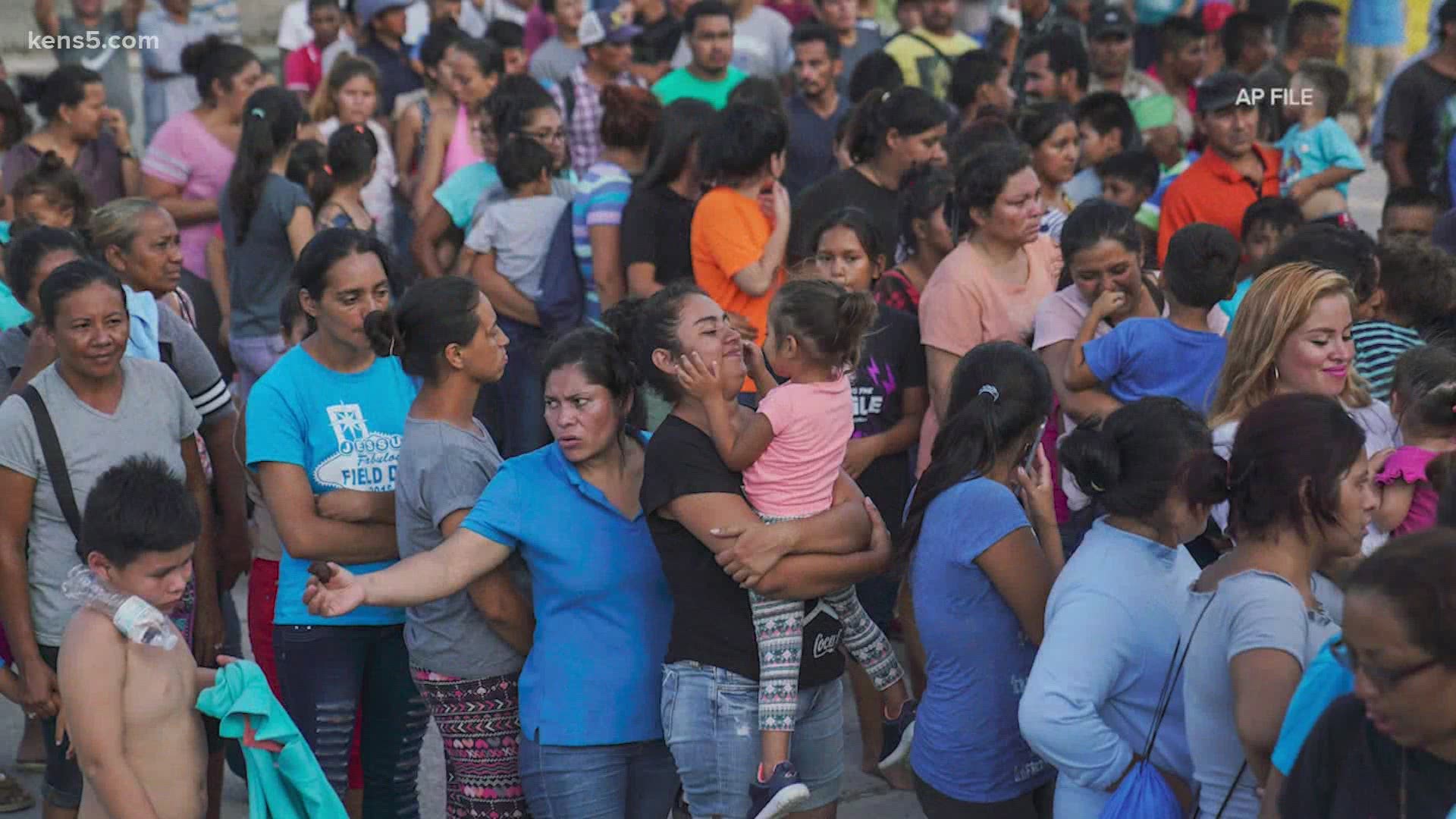 HARLINGEN, Texas — The Trump administration wanted people asking for asylum to wait for their day in court in Mexico. The Biden administration shut down the Migrant Protection Protocols, commonly known as the “Remain in Mexico” program, announcing in February that some people with pending MPP cases will be allowed in.

Advocates say that addressed a fraction of the people expelled under MPP, but the move left tens of thousands of people in limbo. They say the current administration has not provided a roadmap on how to deal with everyone who’s been forced to wait in Mexico – including those who were harmed or kidnapped – causing them to miss their U.S. court date.

Harlingen immigration attorney Jodi Goodwin gets hundreds of messages about this per day. Not an exaggeration. She could get 75 messages during the course of a 20-minute conversation.

We asked her to read us some of those messages, without names people or breaking any attorney-client confidentiality.

“'Good morning attorney, I want to know if it’s possible for you to help me,'” she translates from Spanish, reading the note on one of the messaging apps migrants use to contact her. “'Our case is an MPP case, but it is inactive because we didn't go to any of the appointments that they had given us because we were kidnapped.'”

Kidnapped: that’s why this asylum seeker says his family didn’t make it to their court date in the U.S.

The MPP was started by the Trump administration in 2019. According to American Immigration Council, which quotes the nonpartisan TRAC Center, “at least 70,000 people were returned to Mexico to await court hearings.”

“Most people were left in Mexico for a year, year and a half before they would have a court hearing,” Goodwin said.

In May of 2020, the non-profit nonpartisan Human Rights First said the Department of Homeland Security returned thousands of asylum seekers from El Salvador, Guatemala, Honduras, Nicaragua and Venezuela to Mexico.

According to the organization’s statistics, there were at least 1,314 documented cases of rape, kidnapping, assault and other crimes in Mexico through December 2020.

In late March, a Republican-only Congressional delegation visited the Texas-Mexico border. Texas Republican Senator Ted Cruz talked about the crisis on the border prior to the Trump administration and the solution the 45th President provided.

“I'll tell you what turned it around,” Cruz said, “In 2019 as the President negotiated a deal to remain in Mexico policy with the government of Mexico. It was a landmark deal that provided that when people came illegally from Central America through Mexico and they applied for asylum in the United States, that they would remain in Mexico while the matter was proceeding. That caused the numbers to drop and drop dramatically. Last year, we had the lowest level of illegal immigration in 45 years. It worked. The policies were working. And what did Joe Biden do? He came in and immediately tore up this international agreement with the governor government of Mexico.”

Goodwin said it wasn’t uncommon for people under MPP to be sent back to one location in Mexico and be required to appear across the border in the U.S. court hundreds of miles away.

“Let's say that you were picked up two and a half hours north of the border, the Matamoros port of entry. You’d be put back into Mexico in Roma. But you're required to come to court and Matamoros,” Goodwin said.

Matamoros is nearly 600 miles away from Roma, Mexico.

Goodwin said people were sent back through Nogales, Arizona and required to appear in court near Tijuana, which is 484 miles away.

Those who could wait set up a camp in Matamoros. It was recently emptied out. Two months ago, the Biden administration announced phase one of a plan where people with cases pending before the Executive Office for Immigration Review (EOIR) could start processing into the United States.

This wouldn’t apply to the family who reached out to Goodwin.

“We were kidnapped in Mexico and then we got scared of traveling to the border, to Nuevo Laredo to go to court,” Goodwin read from their message. “We've been here waiting in Mexico since September of 2019. Can you help us? That's typical. I get a ton of those messages every day.”

Goodwin said she had no way to help this family since their MPP case is classified as inactive. Goodwin estimated about 45,000 people have inactive MPP cases. They could’ve been classified as inactive for a number of reasons, including people missing their court dates due to kidnapping. KENS 5 reached out to DHS, asking for the government’s number of people enrolled in MPP, how many had active cases, and how many were classified as inactive, with a breakdown of the reasons for those classifications. DHS didn’t provide us that information.

“The administration is very, very, very well aware of this,” Goodwin said. “We have weekly calls with the White House wherein, you know, the top line on our agenda for questions almost every week is ‘What are you going to do with the other 45,000 people? When can we have an answer?’ And for months the answer that we get is, ‘We don't have any information that we can share with you yet.’”

KENS 5 reached out to the White House for comment. We haven’t heard back.

In the meantime, Goodwin continues to get the calls, voicemails, texts. All she can offer people with inactive MPP cases is empathy.

“It’s just psychological trauma on top of trauma,” she said, “because there is an expectation and certainty, a hope and faith that the government will do the right thing.”

The right thing in Goodwin’s mind is any decision at all.

“I would rather the administration tell us, ‘All right, phase two is not going to begin until after the coronavirus is under control. And this is what phase two will look like,’” she said. “I would rather know that even though it would have an unknown date, then not know anything, because at least at that point, we could tell people that are stuck in this limbo what to expect and they could make decisions about their own lives that would have an impact on their safety and security that they could sort of move forward with.”