Some of the best (worst) holiday fail stories we've ever seen

It's the thought that counts. 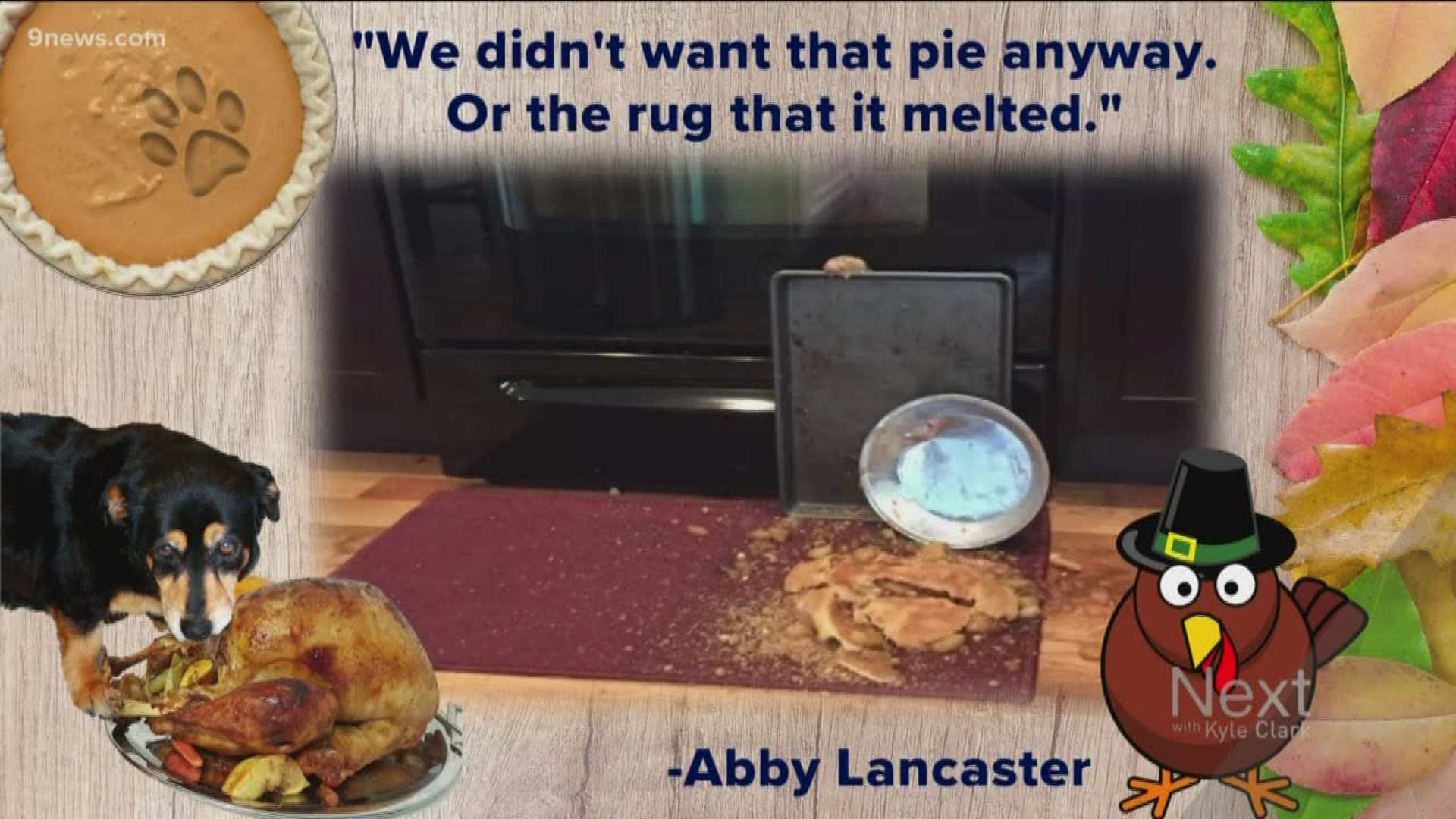 DENVER — Take your fake perfect holiday to Instagram, because around here, we are hungry for your holiday fail stories.

Because, as we all know, it’s the thought that counts.

These are just some of the best (worst) holiday fail stories we’ve seen this year (comments have been edited a bit for clarity):

Carol: One year I cooked a beautiful 20-pound turkey, and as I pulled it out of the oven to feed many, the oven rack broke the meat thermometer as I pulled the turkey out. I called Poison Control and they said not to eat any of it. So we ate scrambled eggs for Thanksgiving!

Sydney: My family has an annual holiday fail that we try to prevent by hiding the Juicy Juice that my dad tries to brine the turkey in each year. Yes, it is gross and yes, he is convinced it isn’t.

Mike: Our oven broke mid-bird-cook a few years ago and no one realized it until far too late. We ran the bird over to our uncle’s house to finish the turkey off, and then ran it back over for dinner! It was pretty hilarious.

Carrie: 45+ years ago, when I was just a child, a big snowstorm came in. My Wonderful aunt refroze the turkey. We all learned about Salmonella that year!

Debbie: Power in the entire neighborhood went out mid-cooking everything.

Melissa: The first time I hosted Thanksgiving I realized, about 2 hours after I put the turkey in, that I had forgotten to turn the oven on. My family still won't let me live that down and it's been 20 years.

Barbara: After my mom slaved over Thanksgiving dinner, my dad had the nerve to say, "Could use some salt, Ma." With that comment, my Irish mom stood over his plate and poured the rest of the Morton salt container over his plate, then proceeded to serve the rest of the dinner. My dad was afraid to laugh.

Kara: Thanksgiving 2012, Denise Englert’s dog (Gracie, who is blind but has a great sense of smell) ate the turkey.

Aliy: Grew up in the Midwest. One year, my mom didn't get the pumpkin pie in the oven before the turkey, so we cooked it after, while we were eating dinner (which was usually about 2:00 p.m.). Of course, we stuffed ourselves and forgot about the pie. So burnt!! So with all the birds in the Midwest, she stuck it out on the deck for the "critters" to enjoy. A week before Christmas it was still sitting there and hadn't been touched!! You know it's bad when the urban wildlife won't even eat it!!

Sarah: It's not my story, but my Mom's. She was a new bride hosting her 1st Thanksgiving in 1946. Trying her best to make homemade biscuits with dinner. Much to her dismay, they turned out as hard as baseballs! My Dad and Uncle took them to the yard and hit them with bats. Broke my Mom's heart! But we laugh about it every year! She forgave him, they were married for 72 years before she passed away in March.

Peter: Back around 2010, I'm at my girlfriend's house cooking Thanksgiving. All started great. The bird came out of the oven perfect! Carved all the meat off and put the carcass back in the oven for more counter space. The next day, we left town for Vail or Moab (things got a bit fuzzy after the grape juice)! Came back a week later and fired up the oven for a pizza or something. A nasty smell filled the house, as a week-old turkey carcass kept a-cooking. Perhaps that was the straw that broke the relationships back. Actually, we're still friends. Whew!

Mike: Fifteen people sitting around the dining table, all talking, singing, etc. Suddenly, the glass shade on the chandelier cracks and falls right in the middle of all the food! Turns out the glass had a slight crack for the past 2 years or so and the vibrations from all the noise caused the crack to go all the way across the glass. Of course, the crack went right through the center, the only place where the glass was supported.

Brittany: This was zero hour just minutes before sitting down to dinner last Thanksgiving (2018). Mom was just putting the marshmallows on the sweet potato casserole for a nice golden topping. We popped them in the oven and after getting everything else to the table, we discovered they were in the oven just a bit too long!! Lol! Flames ablaze, as we pulled them out and put out the fire!

Jane: We were well into holiday libations when we realized that no one brought a turkey. Entirely not my fault, I swear. I thought my bro-in-law had volunteered, and he thought that I was handling it.

Monica: Cooked a prime rib in a glass pan and unfortunately I added water because the juices were burning. Well, the glass exploded in the oven.

Cari: 50 years ago, my very first Thanksgiving as a very young newlywed started out by me getting up & stepping on raw turkey parts strewn throughout our wee house! The dog & cat had apparently worked together to tip over the tub the bird was defrosting in from on top of the fridge! The only stores open were 7-11 type with FROZEN turkeys so we thawed that thing all day and ate dinner at about 10 p.m. that night! Funny now, but oh so many tears were shed.

Mary: Actually a 4th of July Blizzard in Avon. I made a huge party-sized pan of layered taco/bean dip. Party was cancelled due to snow. We ate bean dip for days. Haven’t eaten it since then, 20+ years ago.

Jean: One year, after peeling the sweet potatoes, I put the peels down the garbage disposal. Wrong! A little later I went into the master bathroom and the peels had migrated over and up into the bathtub. Needless to say, I kept the door shut until I had the time to clean them out.

Shelby: My friend Julie Hoezee and I had a Friendsgiving for a bunch of 20 somethings. She, always wanting to try new recipes, added red wine to her gravy. I made traditional. We made a toast at dinner. When we sat back down, my chair broke, and I went down! Luckily, I held onto my wine glass (full of red wine). It spilled across the table and into my “traditional” gravy. I stood back up and said, “Anyone want gravy with red wine, or gravy with red wine?” People were laughing so hard they were crying! We tell that story every year.

SUGGESTED VIDEOS | Full Episodes of Next with Kyle Clark