Since the shooting of 7-year-old Jazmine Barnes early Sunday, the suspect has been described as a white male with a beard. That changed on Thursday. 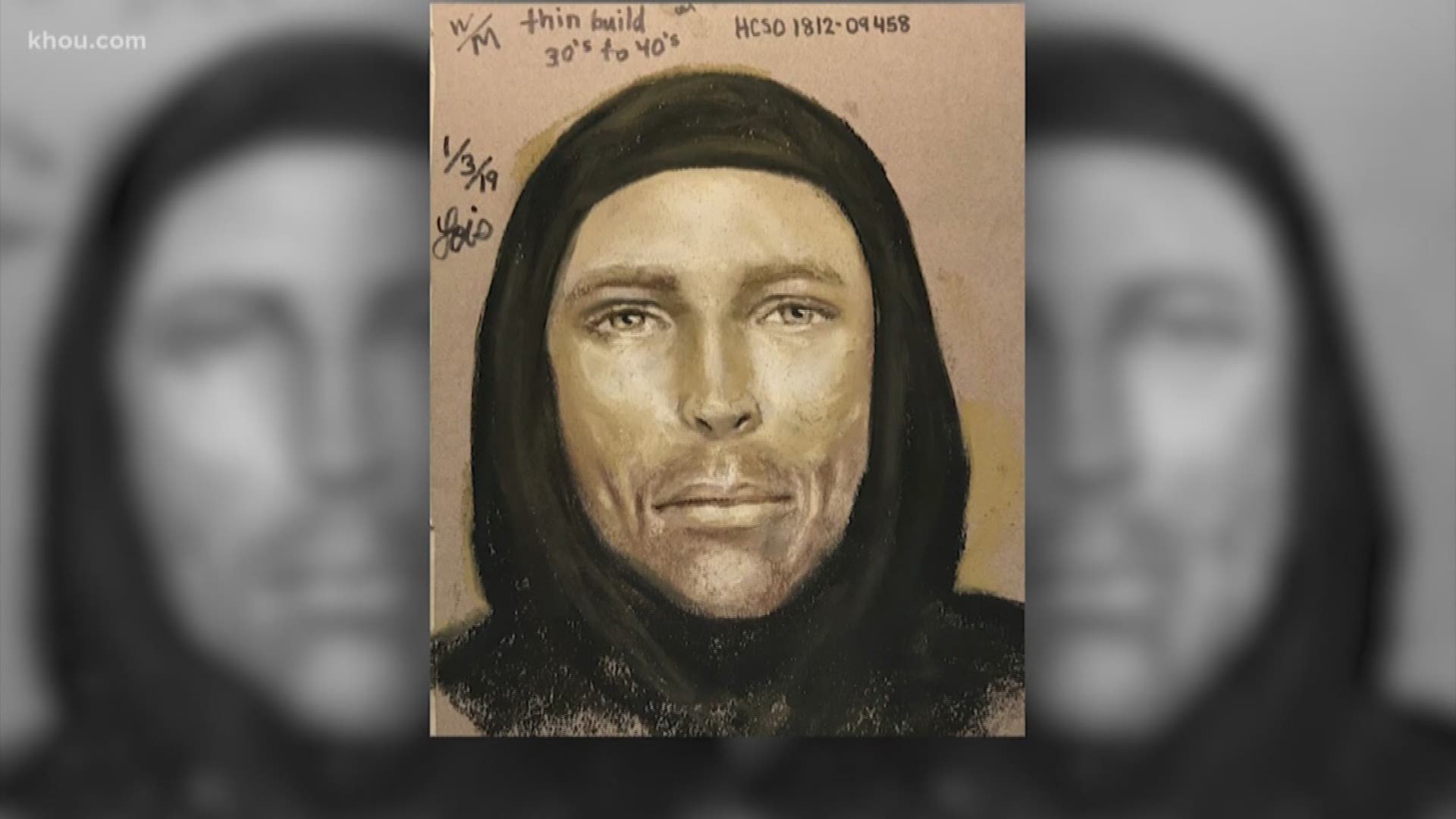 HOUSTON - Authorities have released a sketch of the man wanted in the murder of 7-year-old Jazmine Barnes.

Jazmine's mother and sister worked with investigators Thursday afternoon to come up with a composite sketch of the suspect.

Jazmine's father, mother LaPorsha Washington, and her 15-year-old daughter spoke with reporters and said the original description of the killer is wrong.

The teen and her mother described the suspect as a white man with blue eyes, a thin build and no beard. They say he "looked sick" with sunken cheekbones and a pale face with a "five o'clock shadow." He was wearing a black hoodie.

#BREAKING UPDATED shooter description from #JazmineBarnes 15-year old sister: white guy in a BLACK hoodie, thinner build. Looked “sick” as in sunken cheekbones, pale face. First drove up on family as they were at the light at Wallisville Rd/Beltway. #khou11 #JusticeForJazmine pic.twitter.com/OdLHsB1waQ

"It was like a look into his car. You know how when you’re driving and y’all make eye contact and look back? It was like that," Alxis said. "He was white and he had blue eyes and that was it, because he had a hoodie on. I couldn’t see his hair. Nothing like that."

Video of the suspect's truck was also released by authorities on Thursday.

The victims said the man drove up beside their car early Sunday when they were stopped at a red light at Wallisville Road and Beltway 8.

Jazmine was sitting behind the driver's seat when the man opened fire on the family.

A bullet struck Jazmine in the head and her mother was shot in the arm.

One of Jazmine's sisters was injured by glass when a window shattered. Law enforcement are asking for the public's help in finding the suspect.

Activists have raised a $100,000 reward for information leading to his arrest.

Texans receiver DeAndre Hopkins is donating his playoff check to the family and Shaquille O'Neil is paying for Jazmine's funeral.

#BREAKING UPDATED shooter description from #JazmineBarnes 15-year old sister: white guy in a BLACK hoodie, thinner build. Looked “sick” as in sunken cheekbones, pale face. First drove up on family as they were at the light at Wallisville Rd/Beltway. #khou11 #JusticeForJazmine pic.twitter.com/OdLHsB1waQ

Details of the funeral were released on Thursday.

WATCH THE FULL PRESS CONFERENCE BELOW OR HERE ON FACEBOOK: