The remains were discovered Thursday evening on the far north side of Bexar County. 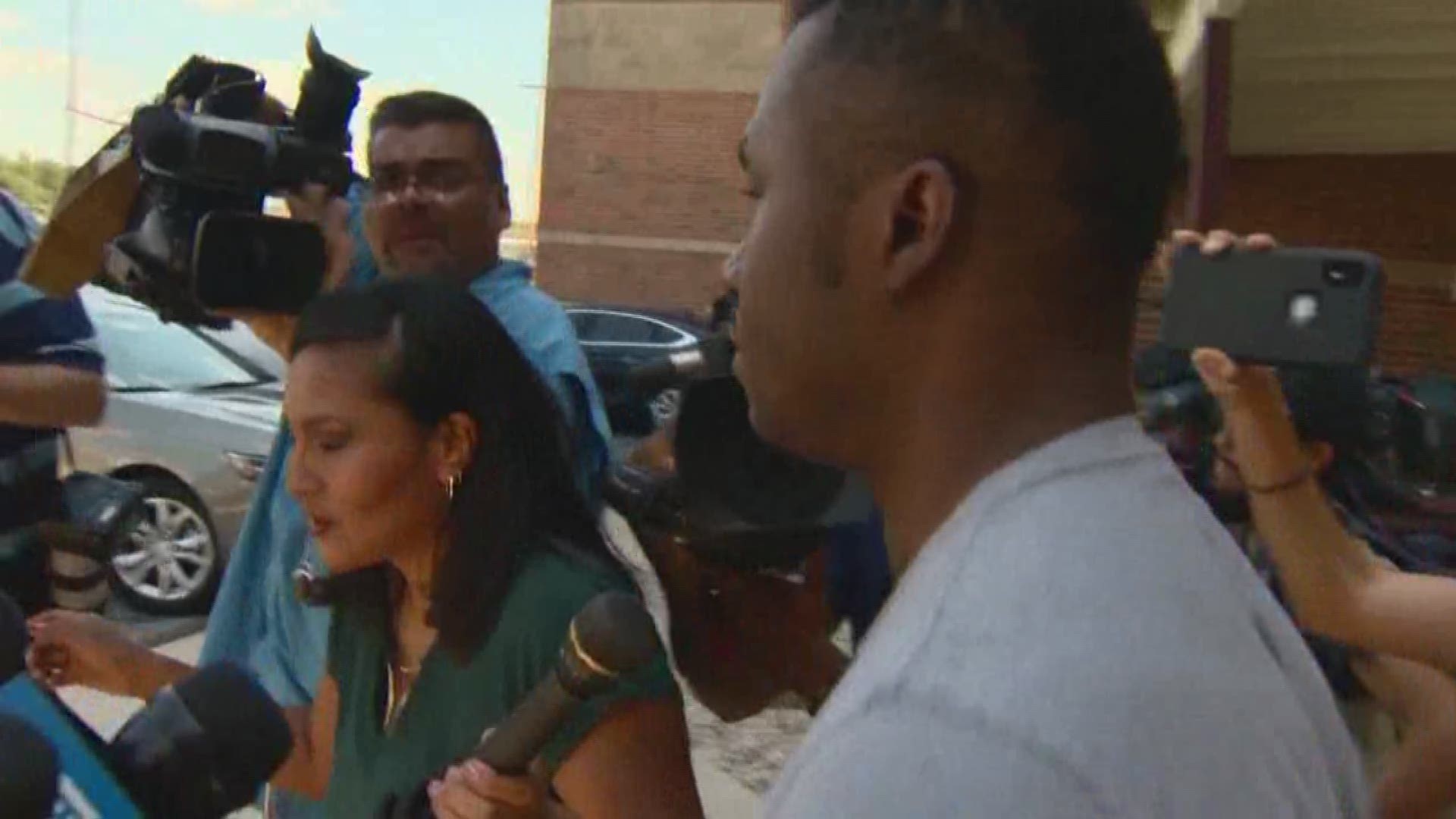 Speaking to reporters Saturday, Bexar County Sheriff Javier Salazar announced that the search for a missing San Antonio mother is "officially over."

Andreen McDonald, the 29-year-old San Antonio businesswoman and mother of two, was last seen Feb. 28, her disappearance sparking an investigation and massive search that included dozens of local volunteers.

Human remains discovered Thursday evening at a property on Specht Road on the far north side of the county were identified as McDonald by the Medical Examiner's office Friday night. According to Salazar, dental records proved key in confirming the identity of the remains.

In the overnight hours, investigators worked on a warrant for her husband, Andre, the sheriff said. He was arrested and taken into custody Saturday afternoon, and is charged with his wife's murder.

Salazar said that it was too early to specify the nature of Andreen's suspected homicide.

Andre McDonald, an Air Force major, was previously arrested and charged with tampering of evidence, before posting bond and being released in April. On Saturday, Salazar said that behavior, along with additional evidence discovered Thursday with the remains, led to his arrest.

The warrant for Andre's arrest, obtained by KENS 5 on Saturday, details the early evidence against him and the early days of the search for Andreen.

The remains discovered Thursday and a subsequent update by Salazar that evening echoed the discovery of other remains found in April, ones the sheriff at the time said he was "cautiously optimistic" belonged to Andreen. Eventually, in June, officials said they instead belonged to Norma Pacheco.

A community vigil is scheduled for 7 p.m. Sunday on Specht Road near the locatoin where her remains were found.

RELATED: 'You can't forget her' | A new search for Andreen McDonald

RELATED: FBI: 'Don't give up hope' in Andreen McDonald case