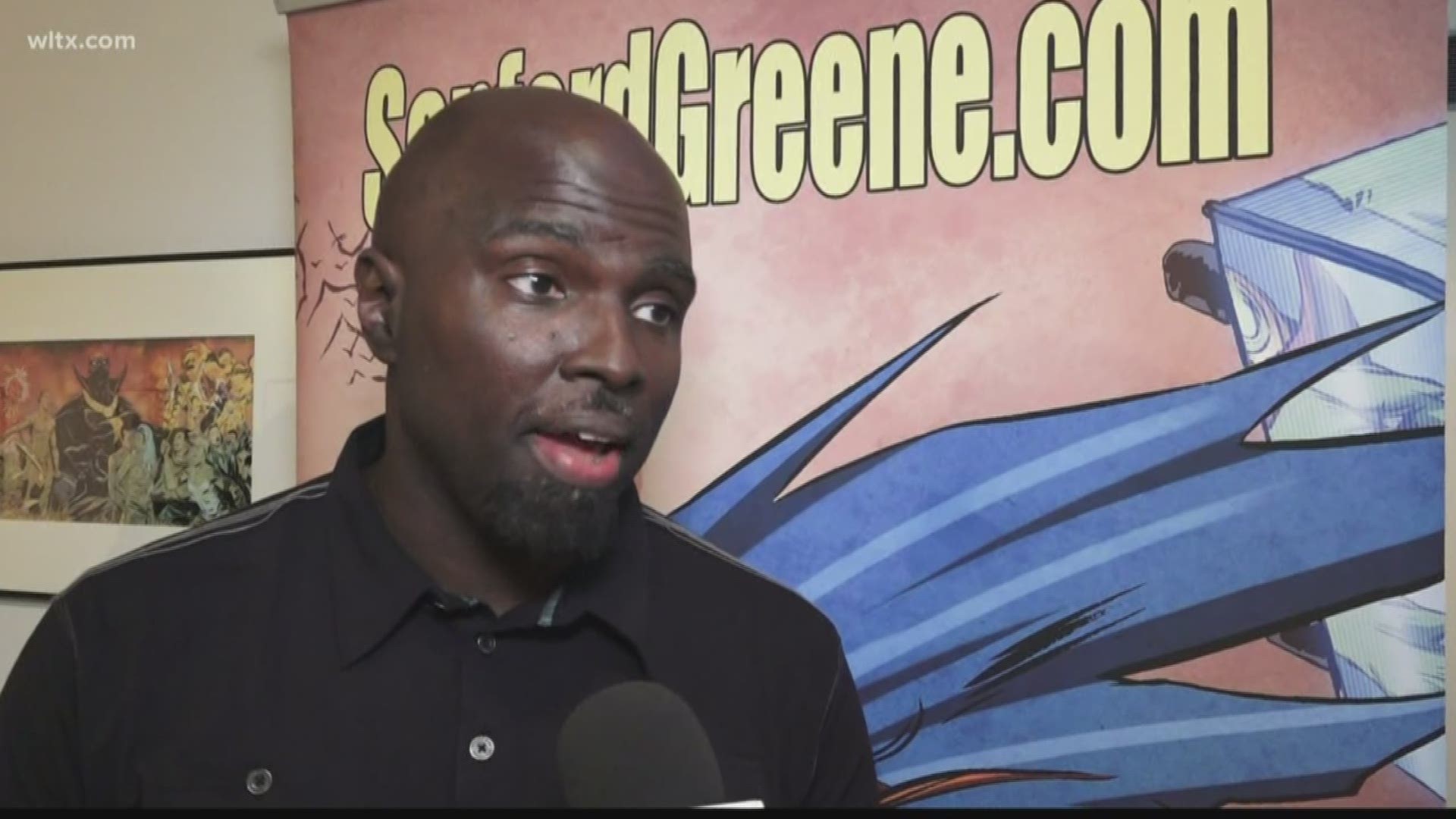 The Benedict College alumnus and graphic novel artist spoke to people at the gallery about his latest project, Bitter Root.

The graphic novel, written by Chuck Brown and David Walker, will soon make it's way to the big screen as Ryan Coogler, has signed on to the project.

"It's quite overwhelming in an awesome kind of way," says Greene. "But I'm grateful to know that someone of his caliber is interested in doing our series."

"What's so encouraging is that he reached out to the movie studio," says Greene. "Usually, it's the movie studio that reaches out. He was a fan before anything of the actual comic series. So that has really been the humbling exciting thing."

Bitter Root is a monster-hunting comic book, set in the Harlem Renaissance. Greene says it was inspired by the nation's current social and political climate.

"We're kind of in the forefront right now, to be the one s kind of spearheading right now. It's humbling and it's surreal," says Greene. "We're just trying to create the best stories possible right now, myself and Chuck Brown, who is a native South Carolinian and David Walker."

Greene's work will be featured in the Henry Ponder Gallery until November 1, 2019.