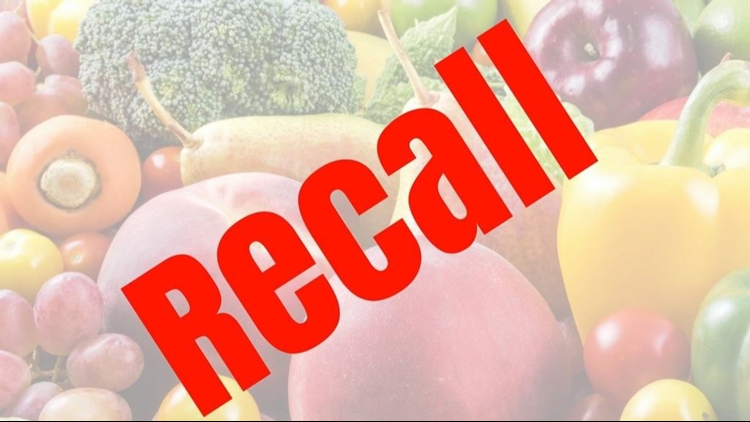 Salmonella recalls: Everything that's been recalled for potential Salmonella contamination

Many favorite foods are being recalled for Salmonella contamination, and with something this serious, it's important to take note on what you can and can't eat.

Here's a list of foods that have been recalled for Salmonella concerns:

Hy-Vee recalled Spring Pasta Salad in July when approximately 20 illnesses were potentially linked back to customers who ate the salad.

Zetsy Sprouting Mix is also added to the list because its main ingredient is potentially contaminated with Salmonella. There have been no illnesses reported.

The popular Kellogg's Company cereal has been linked to a Salmonella contamination that infected 100 people in 33 states. At least 30 of the people infected have been hospitalized.

Caito Foods recalled their pre-cut watermelon, honeydew melon, cantaloupe, and fruit medley products. Seventy (70) people have been affected across seven states and 34 people have been hospitalized. The FDA said as of July 26 that the outbreak related to melon "appears to be over."

A public health alert has been issued for 15.25-oz. individual frozen microwavable dinners with "HUNGRY MAN CHIPOTLE BBQ SAUCED BONELESS CHICKEN WYNGZ” printed on the label and bearing a best buy date of 9/6/19. No illness reports have been confirmed, and this is not a recall, but it contains a similar product to others on this list that may be contaminated with Salmonella.

More than 200 million eggs from Rose Acre Farms of Seymour, Ind., were recalled in April due to possible contamination with salmonella. As of April, 22 illnesses were reported. The outbreak has been contained and no longer presents a health threat.

Symptoms of Salmonella include diarrhea, fever, and stomach cramps that occur 12 to 72 hours after being exposed and the illness usually lasts 4 to 7 days. Most people recover without treatment, but some experience worse symptoms and may need to be hospitalized.

Children younger than 5 years and adults older than 65 years, and people with weakened immune systems are more likely to experience a severe illness.

If you think you have been exposed to Salmonella, see your doctor immediately.

Most of the above recalls have been linked to a key ingredient: Whey powder. Whey powder is used in the production of foods to modify texture or thicken and gel. As an ingredient, it is regulated by the U.S. Food and Drug Administration.

The whey powder was initially recalled by its producer, Associated Milk Products, Inc. Food producers whose products use the whey powder during production are among those being recalled.

READ MORE | Why all the recalls? The one thing that ties them all together

Editor's Note: In a previous version of this story, we said raw turkey was recalled, however it has not been. The CDC is asking consumers to cook and handle raw turkey properly.