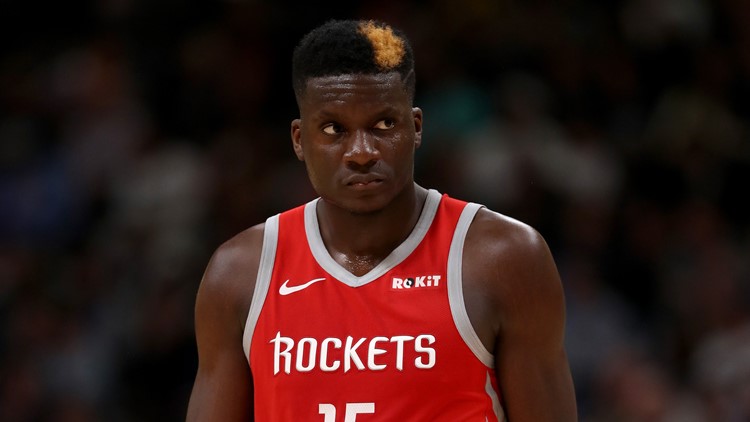 Photo by: Getty Images
DENVER, CO - NOVEMBER 13: Clint Capela #15 of the Houston Rockets plays the Denver Nuggets at the Pepsi Center on November 13, 2018 in Denver, Colorado. NOTE TO USER: User expressly acknowledges and agrees that, by downloading and or using this photograph, User is consenting to the terms and conditions of the Getty Images License Agreement. (Photo by Matthew Stockman/Getty Images)

Rockets' Clint Capela to miss 4-6 weeks with a thumb injury, per report

HOUSTON — The Houston Rockets have suffered another serious injury blow.

According to ESPN's Adrian Wojnarowski, Clint Capela is set to miss four-to-six weeks with a thumb injury. Capela hurt his thumb during the Rockets' loss to the Orlando Magic on Sunday.

The Rockets are already without Chris Paul due to a hamstring injury, and Eric Gordon because of a knee problem. Those two are expected back relatively soon -- Gordon should return next week, and Chris Paul in the next week or two -- but the Rockets will have to play multiple games down three of their five best players, they'll next take the floor on Monday night when they face the Grizzlies (8 p.m. ET -- Watch on FuboTV with NBA League Pass extension ). That will put even more pressure on James Harden, who has carried the Rockets on his back for a few weeks now.