The remains of Brittany Burfield, a Houston woman missing since June 2018, are believed to have been found, Houston activist Quanell X said Friday afternoon. 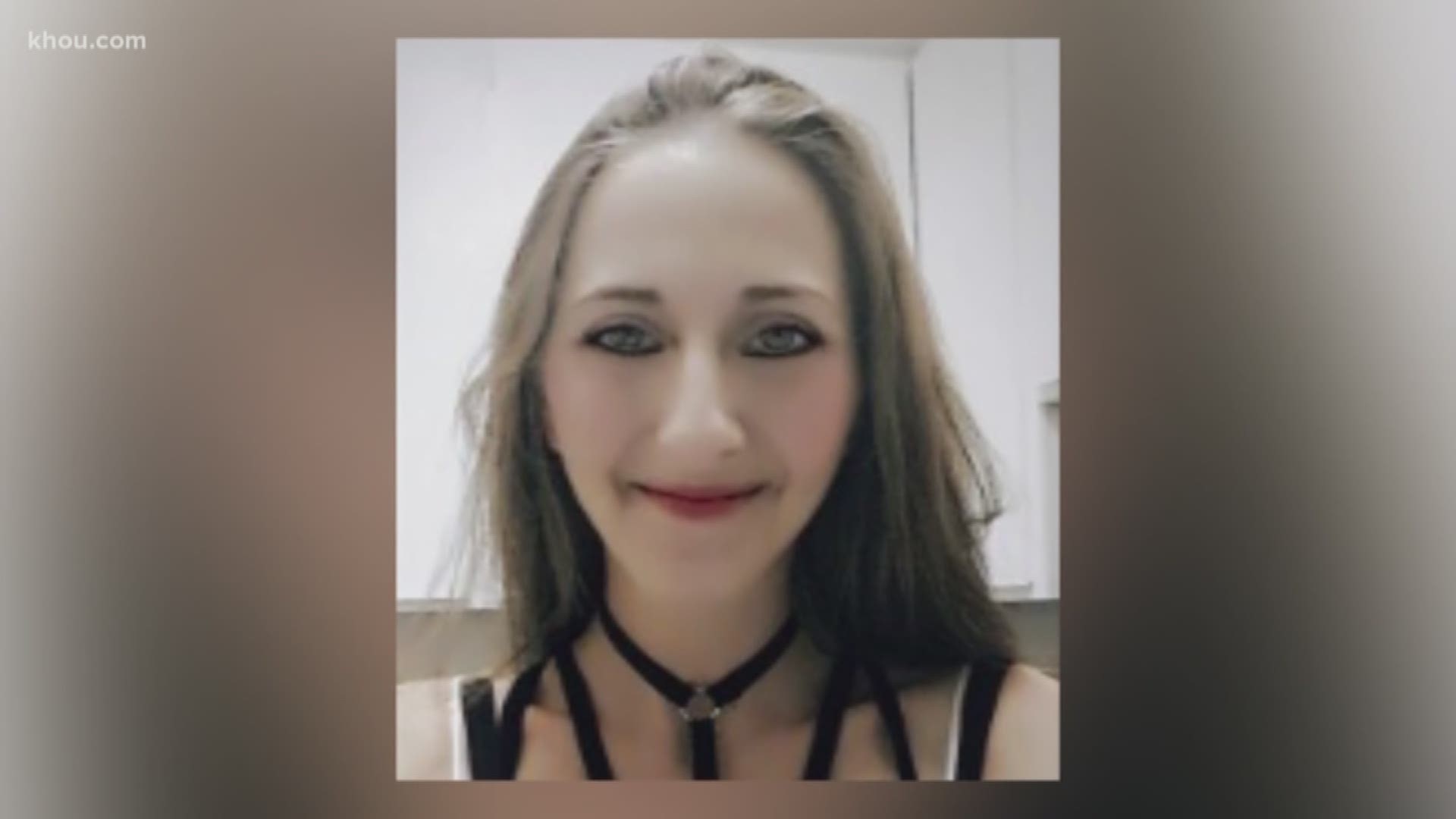 HOUSTON — The remains of Brittany Burfield, a Houston woman missing since June 2018, are believed to have been found.

Houston activist Quanell X said the woman's body was found down in a manhole in the 3100 block of Hadley in Houston's Third Ward.

He said he met with Alex Haggerty -- the man charged in connection with her death -- in jail Friday morning, then Haggerty led Texas EquuSearch and Houston police to her body.

“His main concern with me was he wanted to get this off his chest,” Quanell X said. "They removed a manhole cover and they dropped her body down a manhole and put the steel iron cover back over it.”

Houston police confirmed they found human remains in that location Friday afternoon that they believe belong to Burfield.

Investigators said they are waiting for DNA results to confirm.

Both Quanell X and Tim Miller from Equusearch said Burfield's personal items were also found with the remains.

Less than a month after Burfield was reported missing that summer, Haggerty, 37, was charged with murder in connection with her death, though investigators never found her body.

“I’m positive when we were searching out here we walked over that manhole probably several times," Miller said. "Of all the places, right in the middle of the street in a residential area is the last place anyone would have thought."

Officials said Haggerty admitted to killing Burfield, also 37, to his family and friends -- including drugging, suffocating, shooting and possibly even stabbing her -- though he later denied the graphic details during the investigation.

Trisha Valentine, Burfield's mother, was at the scene Friday afternoon as searchers retrieved the body. She had been asking for help finding her daughter since the disappearance more than a year ago.

"I love Brittany. And I would have loved her no matter if we found her or didn't find her," Valentine said. "But I am so excited to have her back.

“I’m telling you, the emotions inside of me right now can’t be contained."

Police said Haggerty knew her, and some of her clothes were found inside his home in the Third Ward. They said the two briefly lived together at Burfield’s apartment back in May because he had no where else to go. Burfield was his landlord, but she kicked him out less than a month later.

"Whenever her mom would ask her why was she helping this guy, she would say, mom, you taught me to help the underdog. But she just didn’t know she was dealing with a rabid dog," Quanell X said.

Detectives said Haggerty had a history of violence with women and was seen with Burfield’s car after she’d been reported missing.

According to Quanell X, Haggerty told him Burfield's death was linked to a someone else's drug debt.

“She got caught in the middle. It wasn’t her drug debt," Quanell X said. "It was more harm, to hurt somebody else."

“I needed her body for Hagerty‘s trial," Valentine said.  “I have known where she’s at, she’s been in heaven with the Lord.”

“I actually walked up to Hagerty and I told him through it all, I want to tell you thank you," Miller said. "I said this family did need the closure and thank you for at least doing that.

"Their lives never ever will be the same but at least they’ll have a little spot now with a headstone where they can take flowers and visit and can try to put their lives back together."