During the classes, participants are encouraged to yell or scream anything they want to find release. 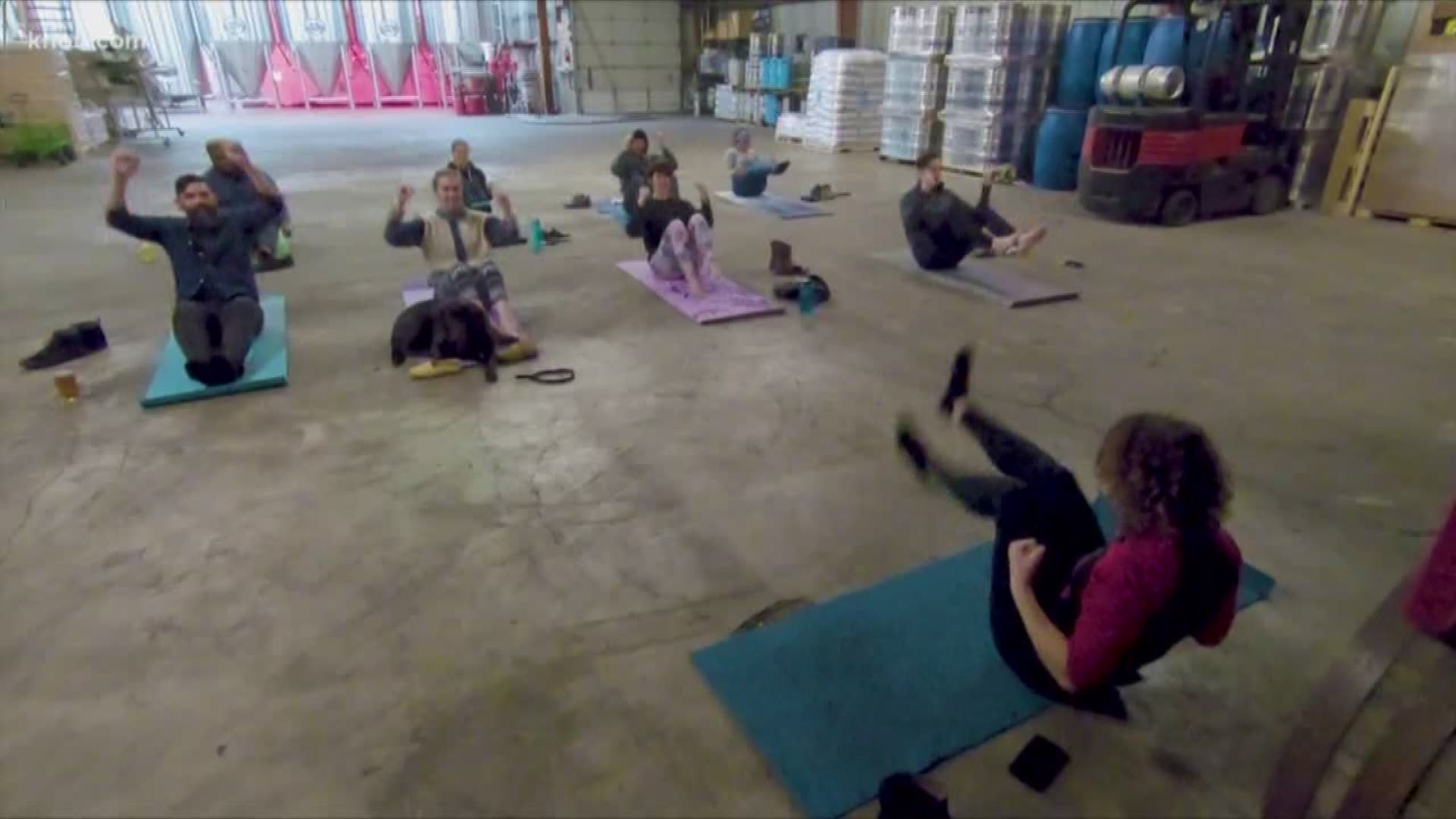 HOUSTON — There’s a different kind of yoga in Houston that throws a wrench in the “zen” one would expect: Rage Yoga.

“Yoga itself actually means union, so union with yourself,” said Ashley Duzich, a Rage Yoga instructor. “That’s not always just super calm, breathing, practicing quiet time...like a lot of yoga places are. Some people need to release and let go.”

Duzich teaches the classes twice a month at Brash Brewery in the Heights.

“Rage Yoga is a practice that involves breathing, stretching, Moodra, yoga postures and a lot of bad humor," she said.

During the classes, participants are encouraged to yell or scream anything they want to find release.

“One of the funniest things I think I ever heard was, ‘I told you to do the dishes!’” she said.

Since the class is at a brewery, there are also beer breaks in between poses, although drinking alcohol is not required.

“We are all angry about something, and we all have been holding onto an F-bomb for a little bit too long, so, that’s what this does," Duzich said. "It allows you to have a safe space to let go of your anger and frustration and rage in a healthy way and then also wash it all away with some ice-cold beer!"