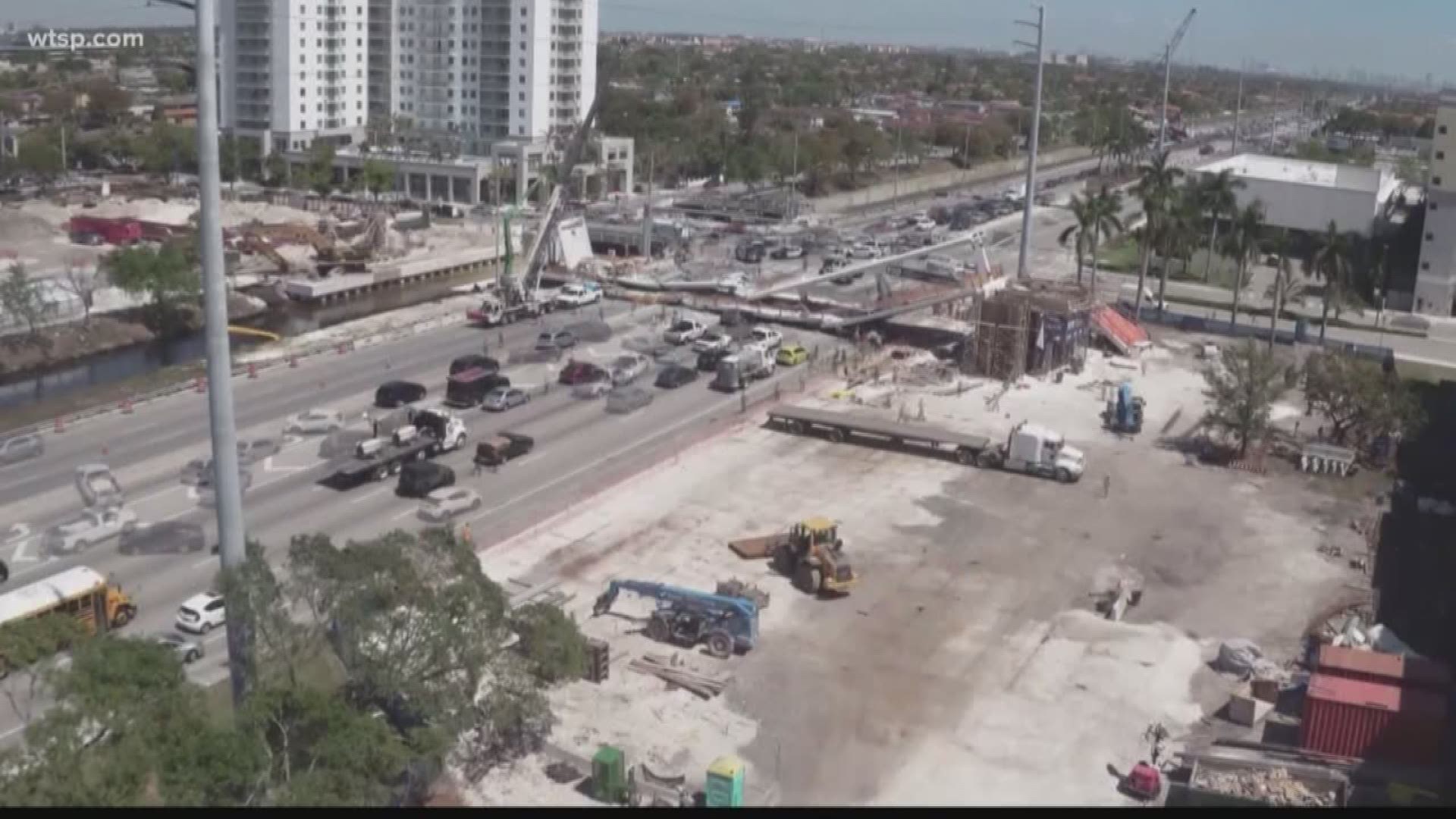 MIAMI — (AP) — Federal officials have determined a Miami university bridge that collapsed and killed six people showed significant design errors and the state government should have conducted greater oversight because of the project's complexity.

National Transportation Safety Board members concluded Tuesday the design firm FIGG Bridge Engineers, Inc. underestimated the load of the bridge and overestimated its strength in a critical section that splintered, dropping a 174-foot-long (53-meter) span onto eight cars.

NTSB's chairman Robert Sumwalt said the cracking observed days before the collapse should have prompted contractors and the Florida International University to close the road but did not. Investigative engineers said the cracks were 40 times larger than what is commonly accepted.

The board also concluded the Florida Department of Transportation should have conducted greater oversight of the project.

RELATED: OSHA: Street should have closed before Miami bridge collapse