Quadriplegic nominated for Houston's Humanitarian of the Year skydives, inspires

"Our lives are really inspiring people. This is awesome." 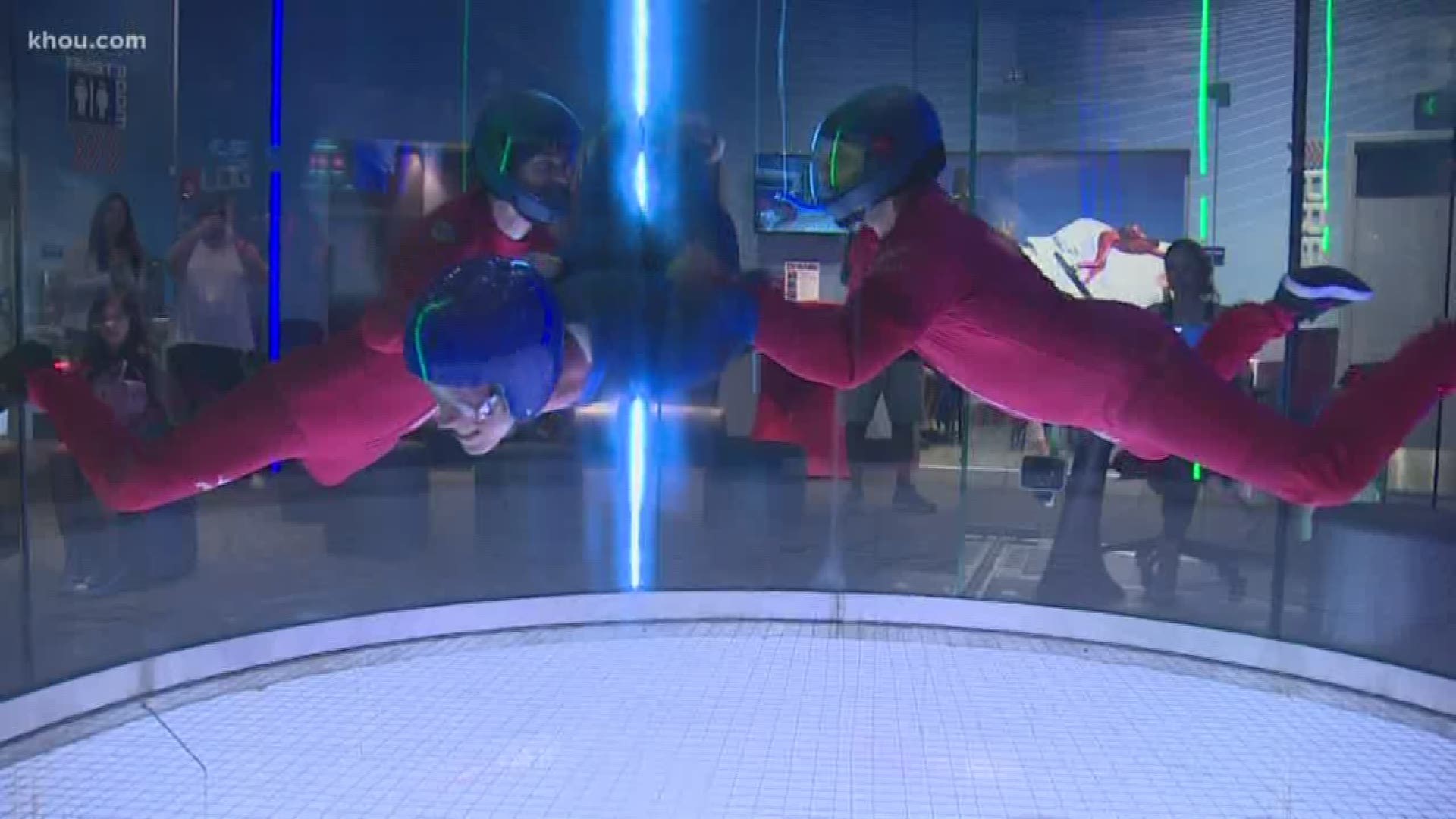 HOUSTON — Whatever dream or goal feels impossible to reach, here is reason to keep pushing.

Gary Lynn is quadriplegic, lives with cerebral palsy and might be Humanitarian of the Year in Houston. He is one of 10 finalists.

That was before he learned to fly.

Lynn, 26, loves his wheels, but he really wanted to fly. Lynn showed up to iFly in The Woodlands to indulge in indoor skydiving and dragged one frightened, unsuspecting soul in the room with him.

“I’m just going to live my life and be happy as I can be,” he said.

Born with Spastic Quadriplegic Cerebral Palsy, Lynn spent more than half his life standing for others. He and mom Andrea founded the Gary J. Lynn Foundation when he was a teen. They raised $40,000 for a robotic floor at TIRR Memorial Hermann to help people with disabilities and injuries become more independent.

Lynn is a finalist for Humanitarian of the Year because of his work to improve the lives of people with disabilities. However, it is the messages on his Facebook page that motivated Lynn to take a moment and do something for himself.

“People write messages saying that it’s because of me they ended up going back to college and earning their degree and being more involved in the community,” Lynn said. “When I read those messages, I say to myself, 'Wow. Our lives are really inspiring people. This is awesome.'”

The nonprofit “We See Abilities” grabs children and young adults often told what they cannot do and allows them to soar in iFly’s wind tunnel four times a year. The groups sponsors pay the bill so that none of the flyers pay.

“For those that have never walked it gives them an opportunity to fly,” said Damon Russell, President of We See Abilities. “It gives them abilities beyond their chairs and their disabilities and shows them the things they can actually do.”

Lynn only watched during previous events. Tuesday, he went all in. He even pulled in a certain reporter.

They went to class together, suited up then with help from iFly’s pros each took turns in the wind tunnel. Lynn enjoyed two turns.

Seeing him float, spin and pump up the crowd inspired this reluctant reporter to soar again, too. Even focused on treating himself to fun, Lynn could not help lifting others higher than some dreamed.