Treasurer Orlando Sanchez was greeted by protesters at his news conference Friday, at which he was asking the state to take over HISD. 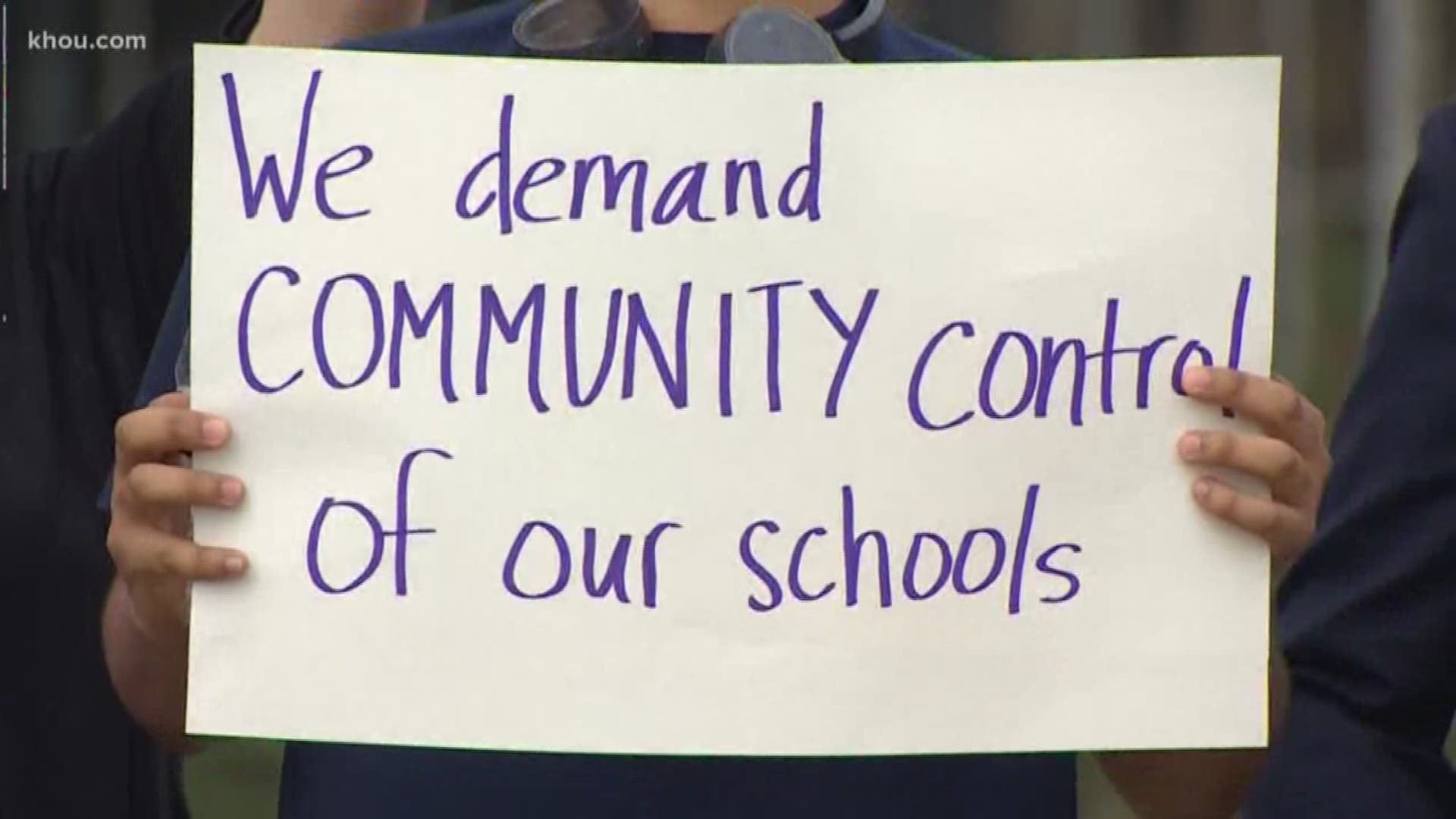 It was an absolutely wild afternoon for Harris County Treasurer Orlando Sanchez. He planned to have a news conference across the street from the HISD administration building, but things didn’t go as planned.

Protestors showed up and completely disrupted Sanchez’s news conference. When he tried to get it started, the group would chant things like, ‘Go away, TEA’ and ‘You got voted out.’

Things really got heated when he was answering one of our questions. Someone from the group ran up and dumped water on him.

Someone from Sanchez’s team confronted the man. He ended up on the ground and police were called. Both sides claimed they were assaulted.

Harris County Treasurer Orlando Sanchez trying to hold a press conference about asking for a TEA takeover of #HISD. Protestors not having it. They’ve forced him to move and stop. #khou11 pic.twitter.com/i7Q5L2DmrA

Cops are here now following a confrontation between protestors and Harris Co. Treasurer Orlando Sanchez and his team. #khou11 pic.twitter.com/wDfF0kzRT0

The news conference was supposed to be for Sanchez to call for the state to take over HISD.

“Taxpayers are fed up and it’s time for the governor and the Texas Education Agency to step up and make sure that children in HISD, which 83 percent of them are minority, get an education,” said Sanchez.

“To have somebody like that step on my toes like that when I have sacrificed so much for these kids, yeah, it’s emotional,” said HISD Board President Rhonda Skillern. “It is because it’s personal. These kids mean a lot to me; not just my five but all 215,000.”

At this point, we don’t know if charges will be filed against anyone involved in the protest.