Pony rescued from sewer drain is now an HCSO 'deputy' 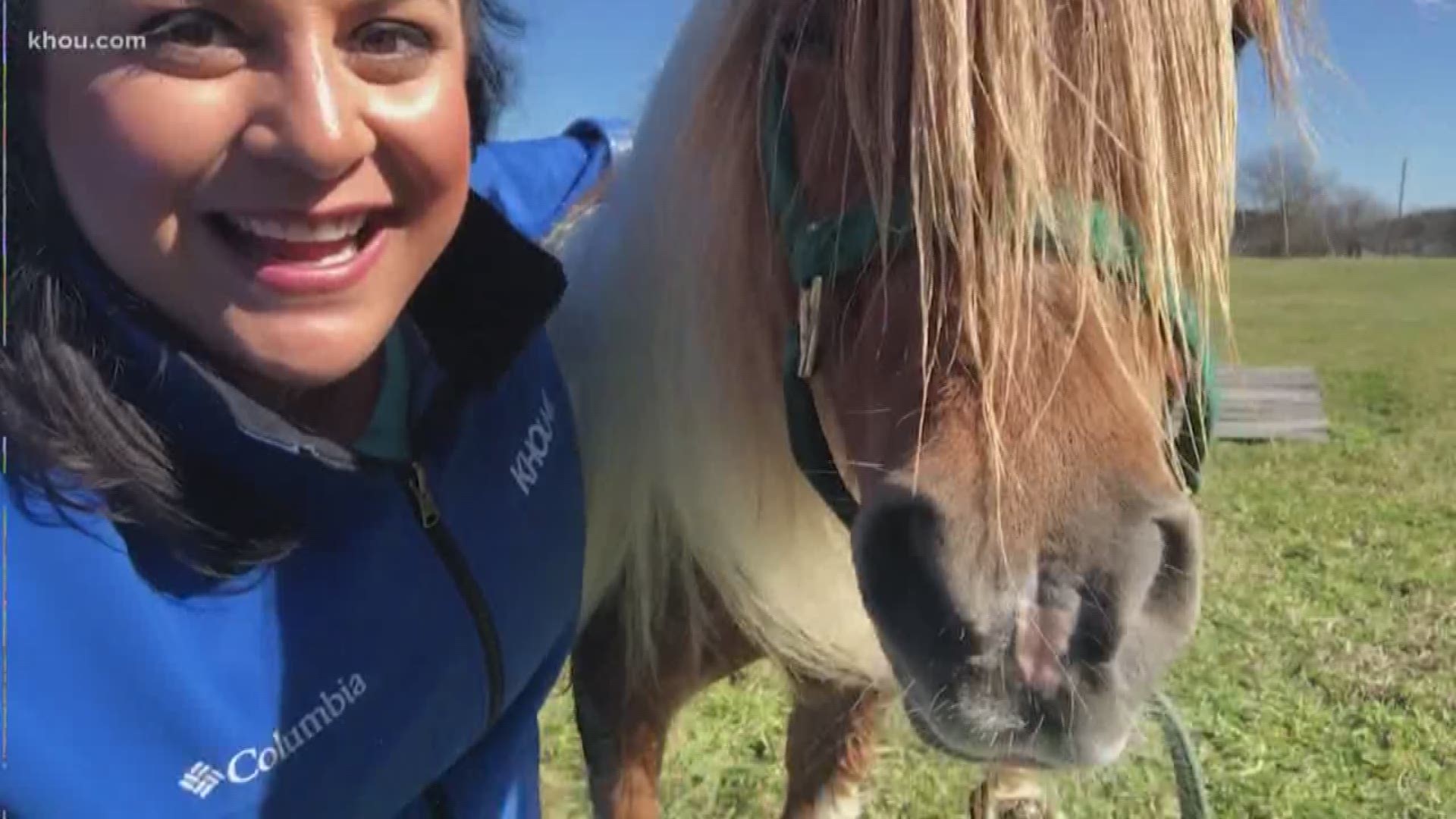 HCSO adopted the miniature pony after he was rescued and they have big plans for the little fella. His new gig will include school visits and community events.

The three-foot tall pony won’t be as intimidating as a bigger horse.

“You know, sometimes large animals are very intimidating. A pony is a little different … especially when you're around small children,” explained Chris Adolph with HCSO’s livestock division. “And it allows them to get a little closer to them and interact with them in a different way than we normally see.”
After his rescue. Chief stole the heart of Adolph who wrote a letter asking for permission to adopt him into the livestock program.

Harris County commissioners unanimously approved the request and the rest is history (or is it horse-story?)

Chief will soon be wearing an official HCSO uniform. And, of course, he will have his own social media pages.

The pony was named after Reserve Chief Ray Vickers, who died in a 2005 auto accident.