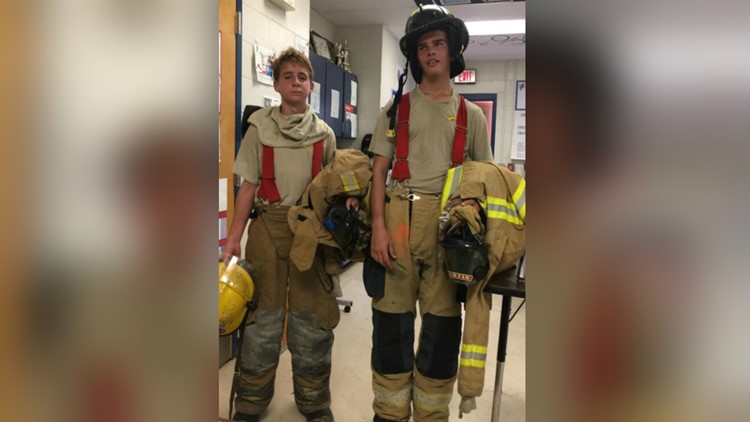 BARTOW, Fla. — Ahead of the 18th anniversary of the September 11 terror attacks, two Polk County students paid tribute to the brave first responders who died.

Samuel Martin and Devin Turner, of Bartow High's Medical and Fire Academy, climbed the equivalent of more than 100 flights of stairs. While resting between flights, they recited the names of the 343 New York City firefighters killed at the World Trade Center.

Their instructor said the district keeps September 11 at the forefront when talking about loss and sacrifice.

"I am very proud of these young men and the fact that they did this on their own," BHS Medical and Fire Academy instructor Kozette Hubbard wrote on Facebook.

Hubbard said the cadets are pushed to be forward thinkers and always told to remember service to others comes before service to one's self.

"This is just a small snapshot of what the cadets are capable of," Hubbard said.

Today, ceremonies across the country commemorated the anniversary of the national tragedy. A firefighter whose remains were only recently identified was laid to rest Tuesday -- a day before the anniversary.

RELATED: Sarasota students place 2,977 to flags honor those killed on 9/11