“In this election, we got to speak up. We have to let our voice be heard 100 percent, no matter what party you’re from," Booker T. Huffman said. 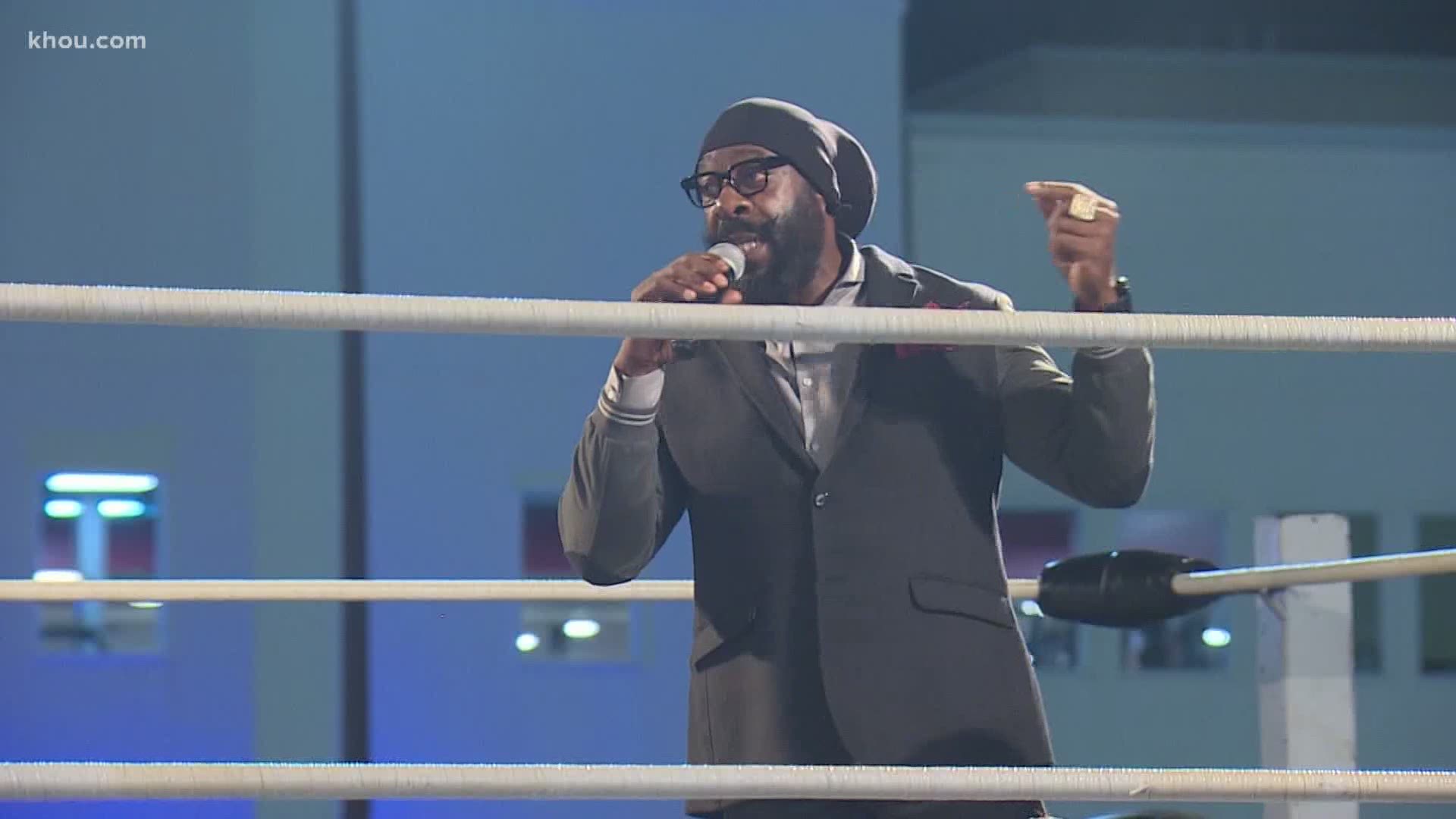 TEXAS CITY, Texas — People are finding unique and creative ways to get voters excited about the general election next month.

For instance, wrestling is an escape from reality. Wrestlers duke it out in the ring, but behind every punch, kick and pin is a message.

“In this election, we got to speak up. We have to let our voice be heard 100 percent, no matter what party you’re from," said WWE legend Booker T. Huffman.

Booker T. teamed up with BE WOKE.VOTE, an initiative created by movie director Deon Taylor to mobilize young voters.

“We’ve been saying respect our elders for years, but I say now in 2020, it’s time to respect our young people," Huffman said.

His wife, Sharmell Huffman, said BE WOKE.VOTE is part of a 10-stop “REP YOUR CITY” tour.

Sharmell wants today’s youth to understand why it’s so important to cast their votes every election.

In a COVID-19 world, fans cheered and hyped up their favorites at a distance or from their cars. Some people at the event, like Reshebia Washington, said it is a taste of what life was like before the pandemic.

However, she said moving forward will require the next generation to do their part.

“I want to teach my daughter and my son that voting is important, that it’s their way of speaking out,” Washington said.