Here's a look at inside the U.S. Senate Race between Beto O'Rourke (D) and Senator Ted Cruz (R). Election day is Nov. 6. 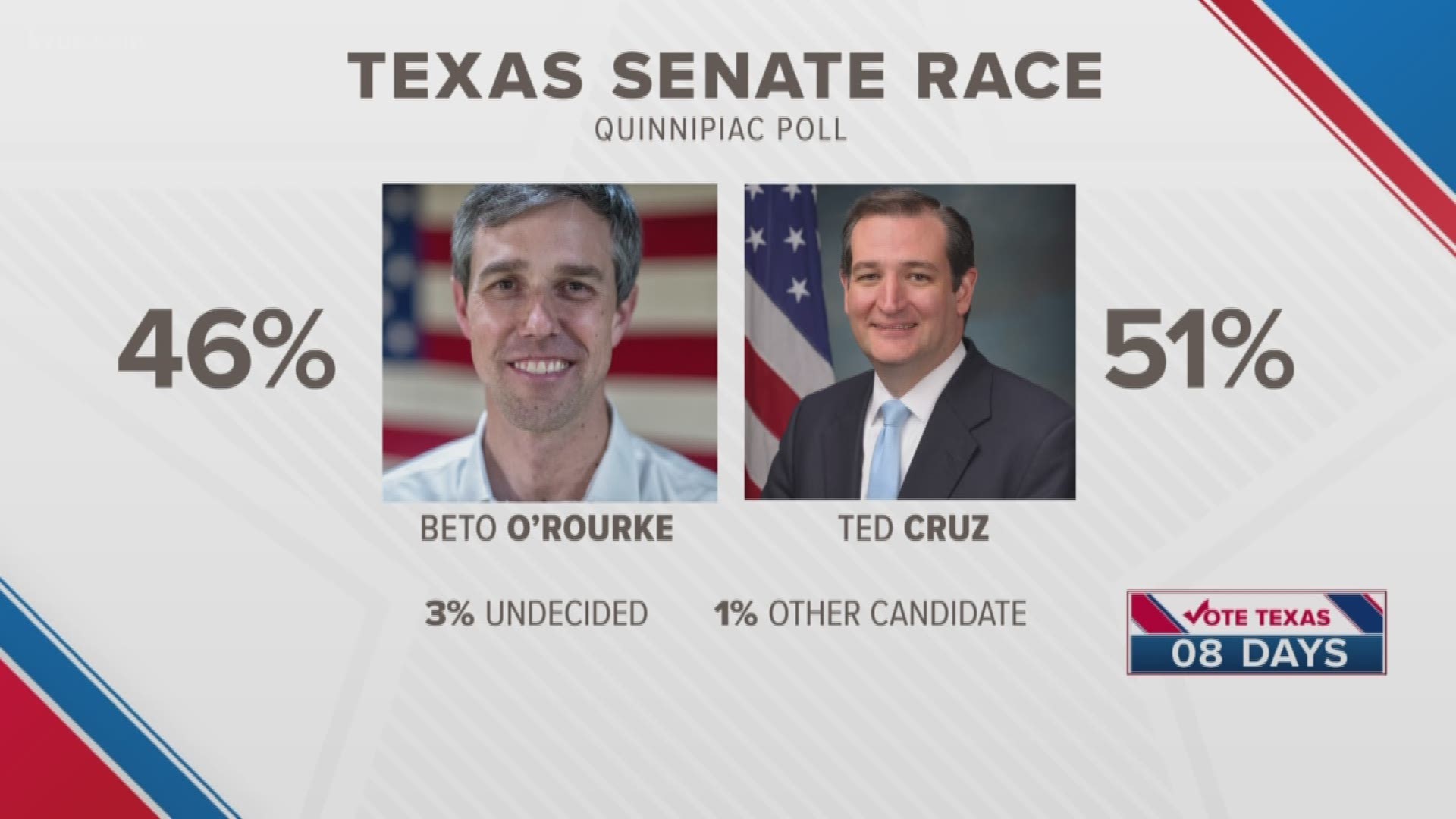 AUSTIN — It's been quite some time since Texans have seen a political race as competitive as the one between U.S. Senator Ted Cruz (R) and Congressman Beto O'Rourke (D) for the U.S. Senate. And now, the nation is watching.

"Elections are about choices," Cruz told a crowd during the final debate between the candidates. "Do we continue on the path we're on or do we turn back?"

"Whether we will remain the inspiration of the world is an open question right now," O'Rourke countered.

The two men couldn't be more different. Rafael Edward Cruz won his Senate seat in the 2012 election, during the height of the Tea Party movement. He was a candidate for the Republican nomination for president in 2016 and proudly holds conservative views.

Ted Cruz and Beto O'Rourke face off in final debate

Robert Francis O'Rourke was also elected to Congress in 2012 after defeating a 16-year incumbent in the Democratic primary. Prior to that, he served on the El Paso City Council. He was arrested for DWI in 1998 and has publicly addressed it and apologized, often using it as a springboard to talk about the criminal justice system and need for change.

"The bitterness, the partisanship, the pettiness, the dishonesty that defines so much of the national conversation, we are in desperate need right now of inspiration," said O'Rourke.

The latest polls show different numbers, but all show Cruz ahead. And when you look at voting statistics, the Senator has an advantage.

"It's a red state," said Ross Ramsey, executive editor of the Texas Tribune. "There's about a million vote, at least a million vote margin that generally separates Republican winners from Democratic losers in statewide races in Texas. There's a big hill to climb here."

But don't count O'Rourke out.

"If you've got a challenger to a sitting United States Senator in a state where that Senator's party is dominant and you can raise $38 million in three months, something's going on," Ramsey added. "And the question is whether the kind of activity we've seen from donors and people financing the Beto O'Rourke race translates into the same kind of activity from voters."

In the fight for the Senate, it really comes down to voters. If Cruz can fight voter apathy and get his supporters out, the odds are in his favor. But if those voters are complacent and the "Blue Wave" is not all talk, but action, it tips in Beto O'Rourke's favor.

The choice is up to you.