We broke down what the 10 proposed Texas Constitution amendments would do if they are passed. 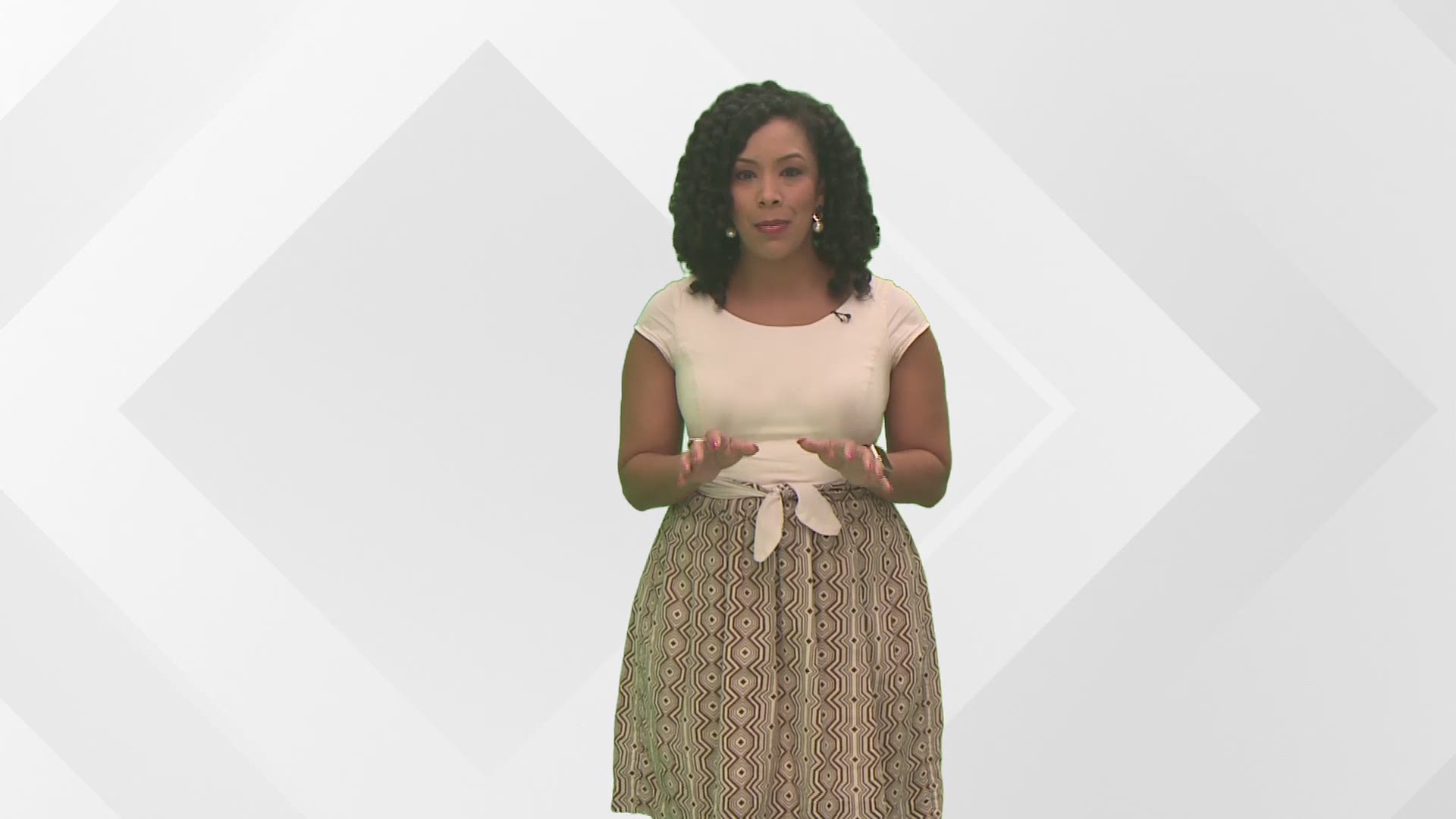 Each is a proposed amendment to the Texas Constitution and, as usual, voters will have the opportunity to vote “for” or “against” each of them.

To make it easier to know how you want to vote, we broke down what each of the propositions would do if passed, as well as some of the arguments for and against each of them.

According to the League of Women Voters of Texas (LWV), a nonpartisan organization, arguments for passing this prop are that it could make it easier for smaller municipalities to fill empty judgeships with qualified individuals and that it could make it easier to obtain search warrants and streamline other proceedings. On the other hand, one argument against the prop is that it's unnecessary as Texas law already permits a person to be appointed a municipal judge in more than one municipality at the same time and this prop would only allow a person to be elected in more than one at the same time.

Here’s how you’ll see Prop 1 worded on your ballot: “The constitutional amendment permitting a person to hold more than one office as a municipal judge at the same time.”

Proposition 2 would authorize the Texas Water Development Board (TWDB) to issue additional general obligation bonds – bonds secured by the government that use resources like tax revenues – up to $200 million for the Economically Distressed Areas Program (EDAP).

These bonds can only be used to provide funds for the development of water supply and sewer services projects in those specific economically distressed areas, as defined by law.

According to LWV, some of the arguments for this prop are that this program needs to be replenished so it can continue funding existing and future projects and that financing with bonds will allow more reliable funding over a longer period of time. Arguments against the prop include that that the net impact to the General Revenue Fund will be over $3.3 million through 2021 and that this is a local issue, not a state one.

Here’s how you’ll see Prop 2 worded on your ballot: “The constitutional amendment providing for the issuance of additional general obligation bonds by the Texas Water Development Board in an amount not to exceed $200 million to provide financial assistance for the development of certain projects in economically distressed areas.”

This proposition deals with taxes in disaster areas. If passed, it would allow the Texas legislature to temporarily exempt from ad valorem taxation – or taxation based on property or transaction value – a portion of certain property located in an area covered by a disaster declaration by Gov. Greg Abbott.

Lawmakers would prescribe the method of determining the amount of exemption and how long that property would be exempted for. The amendment would also allow lawmakers to create any additional requirements for the exemption.

Arguments for this prop, according to LWV, include the tax exemption would bring quicker relief to those affected in the event of an environmental disaster and that this prop would be easier and more affordable to local governments than the current property reassessment process. Alternatively, arguments against the prop include that it relies on local governments to decide whether or not to adopt the exemption and that, though there would be predetermined damage categories, property may still have to undergo an extensive reappraisal process.

Here’s how you’ll see Prop 3 worded on your ballot: “The constitutional amendment authorizing the legislature to provide for a temporary exemption from ad valorem taxation of a portion of the appraised value of certain property damaged by a disaster.”

Proposition 4 would make it even harder for the State of Texas to impose or collect an individual income tax.

Currently, the Texas Constitution prohibits the legislature from implementing a state income tax unless voters approve it. And if voters did approve it, the current law requires most of the tax revenue be used to fund education. Prop 4 would get rid of that clause and require a two-thirds vote of the legislature and a vote of the people to implement the tax. Prop 4 also doesn't specify what that money would be used for.

LWV said arguments for this prop include that a February poll by UT and the Texas Tribune found that 71% of respondents oppose an individual state income tax and that Texas has a "low-tax, pro-growth" approach to economic expansion that is dependent on not having such a tax.

Texas is one of only seven states that doesn’t have an individual income tax. The others are Alaska, Florida, Nevada, South Dakota, Washington and Wyoming.

Here’s how you’ll see Prop 4 worded on your ballot: “The constitutional amendment prohibiting the imposition of an individual income tax, including a tax on an individual’s share of partnership and unincorporated association income.”

This proposition would automatically appropriate the state’s sales tax revenue on sporting goods to the Texas Parks and Wildlife Department and the Texas Historical Commission. This money currently goes to the state’s General Fund.

If passed, lawmakers would keep the authority to determine how this money would be used and how it’s allocated to the two organizations.

According to LWV, arguments for this prop include that it would require the government to support these organizations more fully and that it would provide a reliable source of funding for new park development in the future. Arguments against the prop are that having a dedicated account eliminates budget flexibility for the legislature and that dedicated accounts can cause unnecessary growth of the state budget.

Here’s how you’ll see Prop 5 worded on your ballot: “The constitutional amendment dedicating the revenue received from the existing state sales and use taxes that are imposed on sporting goods to the Texas Parks and Wildlife Department and the Texas Historical Commission to protect Texas’ natural areas water quality and history by acquiring, managing ad improving state and local parks and historic sites while not increasing the rate of the state sales and use taxes.”

Proposition 6 would let lawmakers increase the maximum bond amount for the Cancer Prevention and Research Institute of Texas (CPRIT) from $3 billion to $6 billion. That money would be issued by the Texas Public Finance Authority.

LWV said an argument for this prop is that the state is the second-largest source of public funding for cancer research in Texas so increasing the bond amount would ensure that Texas keeps its status as a hub for cancer research. However, arguments against it include that current funding of CPRIT is in place until 2022, so this issue isn't urgent, and that CPRIT has a history of mismanaging funds – to the point that a ban was put on CPRIT grants in 2012, which was lifted in 2013 after the organization was restructured.

Here’s how you’ll see Prop 6 worded on your ballot: “The constitutional amendment authorizing the legislature to increase by $3 billion the maximum bond amount authorized for the Cancer Prevention and Research Institute of Texas.”

This amendment would allow the State Board of Education, General Land Office and other entities that manage revenue from land and other properties to distribute up to $600 million from the Permanent School Fund annually to schools. Currently, they're allowed to distribute $300 million per year.

According to LWV, arguments for this prop include that it would improve funding of public schools and allow school districts to rely less on local property taxes, while arguments against it include that the School Land Board and State Board of Education both have responsibilities for managing the Permanent School Fund and that the Board of Education is required to make a percentage-based biennial distribution to the Available School Fund, so if they have less money in the Permanent School Fund, overall school funding might decrease.

Here’s how you’ll see Prop 7 worded on your ballot: “The constitutional amendment allowing increased distributions to the available school fund.”

This proposition would create a special flood infrastructure fund in the State Treasury, using money from the Economic Stabilization Fund or the “rainy day fund.” This special fund would provide additional resources to implement plans to mitigate flood damage, including authorizing the Texas Water Development Board (TWDB) to use the money for drainage, flood mitigation or flood control projects.

The amendment would also authorize the creation of separate accounts in the special fund as necessary to administer the fund or authorized projects.

LWV said arguments for this prop include that it would allow the TWDB to give loans to local governments so they could access federal funds and that because the creation of this fund would be a one-time expense, it wouldn't drain the "rainy day fund." On the other hand, arguments against the prop include that a local government could default on a TWDB loan and that historically, flood control projects have been the responsibility of local and federal governments, not the State.

Here’s how you’ll see Prop 8 worded on your ballot: “The constitutional amendment providing for the creation of the flood infrastructure fund to assist in the financing of drainage, flood mitigation and flood control projects.”

This proposition would allow lawmakers to create a property tax exemption for precious metals kept in a depository in Texas.

The dictionary defines precious metals as “any of the less common and highly valuable metals (as gold, silver and the platinum metals),” and there actually is a state-run vault where you can store your precious metals, located right here in Central Texas.

Here’s how you’ll see Prop 9 worded on your ballot: "The constitutional amendment authorizing the legislature to exempt from ad valorem taxation precious metal held in a precious metal depository located in this state."

Finally, Proposition 10 would allow law enforcement animals, such as police K9s, to be transferred into the care of their handler or another qualified caretaker in certain circumstances.

Currently, the Texas Constitution doesn’t allow the transfer of certain public property, such as these animals, to a private person or organization for free. This amendment would change that, allowing law enforcement animals to be transferred to their handler or another qualified caretaker for free, upon the animal’s retirement or at another time if the transfer is thought to be in the animal’s best interest.

LWV said arguments for this prop are that it would ensure the wellbeing of law enforcement animals in their later years and that it would remove the legally required fee for qualified caretakers. Arguments against the prop include that it may reduce state income and that if the animal's handler retires before the animal is ready, it might be difficult to determine which of the animal's handlers had priority.

Here’s how you’ll see Prop 10 worded on your ballot: “The constitutional amendment to allow the transfer of a law enforcement animal to a qualified caretaker in certain circumstances.”

Williamson County has 2 props on the ballot this Election Day. Travis County has 1. Here's what they are

Remember: You can wait until Election Day to vote, but you can also vote early from Monday, Oct. 21 until Friday, Nov. 1.

And of course, stay up to date with all the latest election news by visiting the Vote Texas section of our website at KVUE.com/votetexas!

'I don't regret the changes we made to the ordinances in June': What the mayor, council and other leaders say about the homeless ordinance