Royce West and MJ Hegar call for criminal justice reform, save their attacks for John Cornyn in Senate runoff debate

The two Democrats aligned on virtually every issue in what could be the only debate of the runoff. 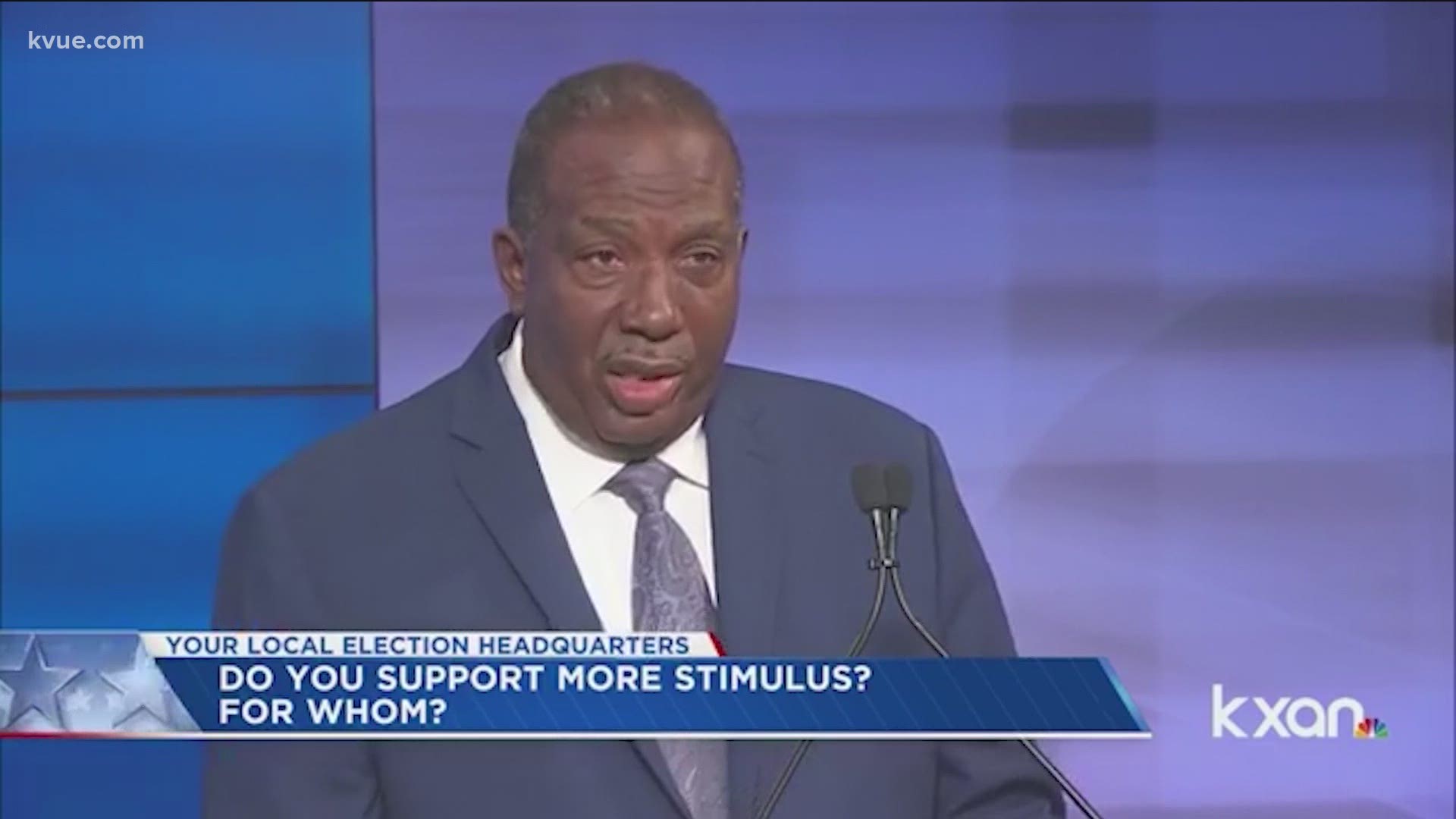 AUSTIN, Texas — (TEXAS TRIBUNE) The two remaining Democrats vying for a U.S. Senate seat in Texas called for comprehensive reforms to address police brutality and racial inequality in a debate Saturday that featured little disagreement on the issues and in which both candidates focused their attacks on Republican incumbent John Cornyn.

Hegar, who finished first in the 12-way Democratic Senate primary in March, and West, a longtime state senator from Dallas who came in second, both said they support the police reform organization Campaign Zero and listed criminal justice reforms they’d like to see. Both also denounced the looting that has taken place alongside some protests across the state.

“It really needs to be a full-systemic reform,” Hegar said, “where we’re not seeing the health care inequities; we see an economy that’s working for everybody, regardless of skin color; we’re seeing access to capital for small business; educational opportunities.”

West, drawing on his experience in the state Senate, touted his work passing legislation supporting body cameras for police, which he said have proven to be “one of the most-used tools in terms of showing people exactly what injustice looks like in this country.”

The two also weighed in similarly on the coronavirus pandemic, with both voicing concerns that the state was opening too quickly without the proper amount of testing to ensure that there is not a second spike in the number of cases.

In fact, Hegar and West were united on essentially all the issues. Both avoided direct confrontation with the other, opting instead to tout their own experiences and save their ire for Cornyn.

Throughout the race, West has touted his endorsements, including support from most Democrats at the Texas Legislature. Hegar, who in 2018 lost a bid to unseat U.S. Rep. John Carter, R-Round Rock, has meanwhile secured an endorsement from the powerful Democratic Senatorial Campaign Committee and raised the most money.

Hegar ended the latest fundraising period, which went through the end of March, with $1.1 million cash on hand, while West finished with roughly $121,000. Cornyn has a massive advantage over both with nearly $13 million in the bank.

During the debate, Cornyn’s campaign casted both Hegar and West as Democrats who “went off the Far Left deepend” who “were pandering to out-of-touch Hollywood & Coastal Elite donors.” That contrast, Cornyn’s team argued, “is exactly why Texans will vote to keep Senator Cornyn in November.”

The debate, moderated by The Dallas Morning News’ Gromer Jeffers and KXAN’s Sally Hernandez and Robert Hadlock, marked the final event of the Texas Democratic Party’s convention, which was held online this year because of the coronavirus pandemic.

Mentions of Cornyn came early and often, with Hegar naming the incumbent in her first answer during the debate. Cornyn, she said, had previously tweeted out stories claiming there is no evidence of racial injustice in the country, saying that “we have to hold [leaders like that] accountable for being blind and not being willing to come to the table.” (Cornyn recently tweeted an opinion piece from the Wall Street Journal with the headline “The Myth of Systemic Police Racism).

Hegar and West also focused their closing remarks on Cornyn, highlighting what they described as Cornyn’s low approval ratings and, they argued, ineffectiveness in Washington, D.C.

“John Cornyn, I know that you’re watching,” Hegar said. “I’ve got bad news for you: This relationship is not working out, honey. Let me tell ya, we’re just not that into you.”

West, for his part, said “Democrats have an opportunity to make history this time around,” pointing to issues like health care, women’s rights and voting rights that the state’s minority party could have more influence over depending on how the election shakes out.

Perhaps the most light-hearted moment of the night came during another point of agreement. Both Hegar and West said they supported legalizing marijuana and would support expunging the records of people who had been imprisoned over it, so long as their convictions were not accompanied with more violent offenses.

After giving their positions, Jeffers asked the two candidates to raise a hand if they had ever used marijuana. Both did.

“I do not,” Hegar said with a chuckle when asked whether she would like to elaborate.

“It was a youthful indiscretion,” West said with a grin.

Pit bull and pig looking for new home together