On Monday, the U.S. 5th Circuit Court of Appeals ruled that Texas election officials can reject mail-in ballots if a voter's signature can't be verified. 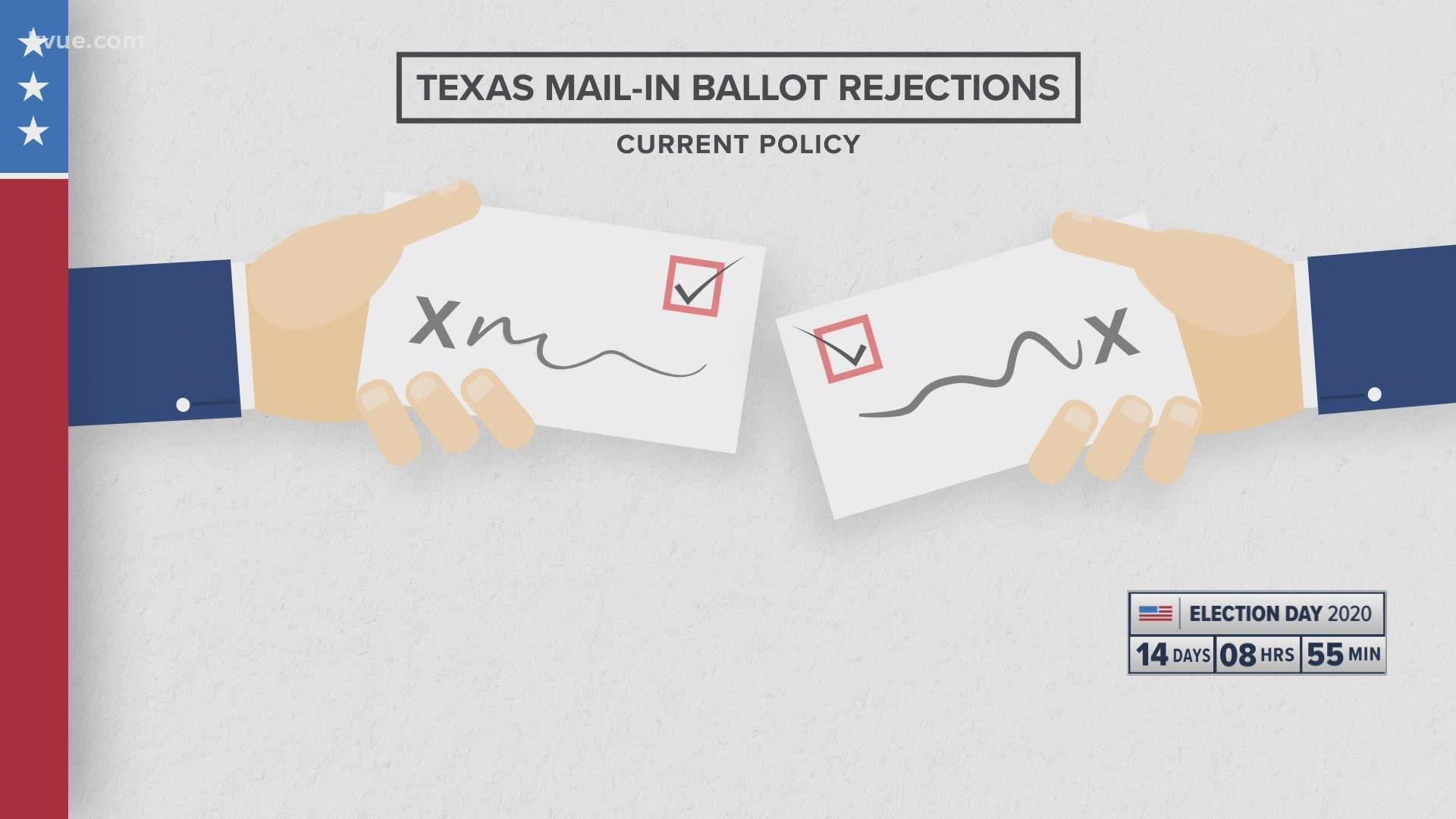 AUSTIN, Texas — Texans voting by mail should take time signing their ballot before turning it in if they want their vote to count in the November election.

On Monday, a federal judge for the U.S. 5th Circuit Court of Appeals ruled Texas election officials can reject mail-in ballots if a signature on the ballot cannot be verified. Per the ruling, officials do not have to notify the voter if their ballot was not counted until up to 10 days after the election.

To verify the signature, county election officials will look at the signature with the ballot and compare it to the signature on the voter's mail-in registration form, or any signature the voter made within the past six years on file with the county clerk or voter registrar.

A Travis County ballot review board will review approximately 100,000 mail-in ballots expected this election cycle, compared to the average of 15,000 during past presidential elections, according to Travis County Clerk Dana DeBeauvoir.

"They are very well qualified and well trained," Debeauvoir told KVUE. "But I would never say we are signature experts. Besides, signatures very over time and circumstances."

To ensure the county is doing the best job analyzing the signatures, Debeauvoir said they have two people look at each signature comparison. If the two people agree, it is counted. If they disagree, a third person gets called in, the judge for the ballot, who makes the final decision.

The review board is appropriately split between 40 to 50 Democrats, Republicans, Greens and Libertarians in order to have a multi-party review, Debeauvoir said.

RELATED: When is the deadline to send in mail-in ballots?

However, she said inconsistent signatures do not happen often. Instead, issues typically arise when voters forget to sign their ballot altogether.

"Not so much that their signature might be a little cramped or a little more sprawled than normal. If it looks like they're making their o's and e's the same way. It's a good signature," she added.

"It's a subjective thing, and no one on our board is signature experts and they're not required to be by law," he said. "It's a matter of law. There is not a whole lot I can do about it."

Many of the reviewers in both counties are experienced veterans who have done this year after year, the election officials said.

WATCH: When is the deadline to send in mail-in ballots?

Voting early? Here are the wait times at polls in the Austin area