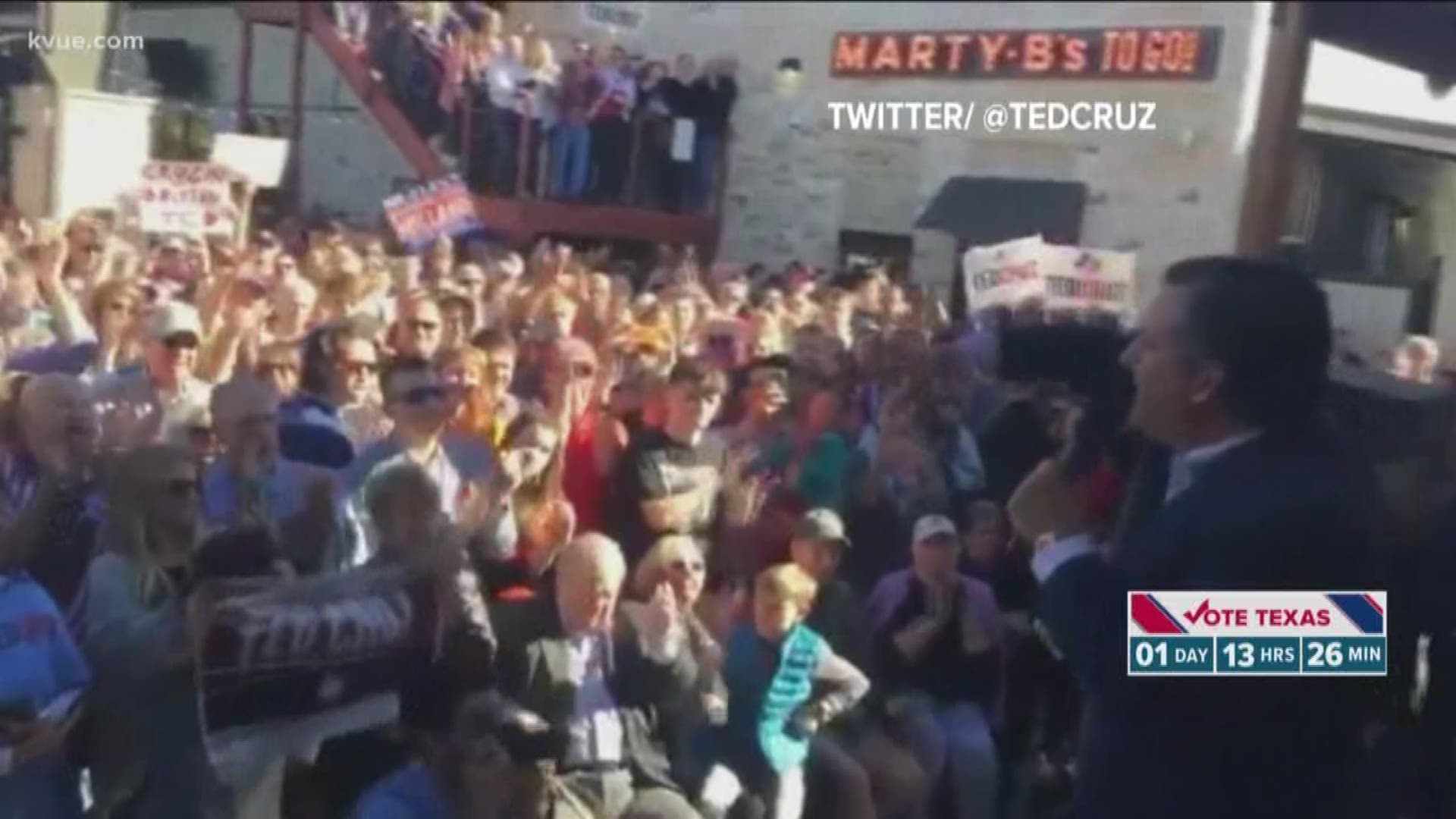 Meanwhile, Republican opponent Ted Cruz spoke to supporters in Bartonville in North Texas. He was also slated to hold a rally Sunday evening in Fairview.

The O'Rourke rally was held at the Pan American Park on East Third Street in East Austin.

"In the remaining hours left to us, it's up to all of us to finish as strong as possible," O'Rourke said.

Immigration, women's rights, citizenship for DREAMers, and education were topics addressed to the crowd, as many of them wore "Viva Beto" shirts.

"This election is all about bringing people together, matching the division, partisanship, and the pettiness with strength, courage and confidence," he said.

However, the event didn't exactly go off without a hitch. Austin police closed the 2100 block of East Third Street as officers investigated a suspicious vehicle near the rally Sunday afternoon.

#APD has closed roadway in the 2100 block of E. 3rd. Officers are inspecting as suspicious vehicle parked near Beto O'Rourke rally. This is precautionary and no threat is know to exist for the public. Media-there is no further information available,and I will update ASAP. WC1

"Let's remember that before we're Republicans or Democrats, we're Americans and humans," O'Rourke said after being asked about the incident.

Officers did not believe there was a threat to the public. They said the move to close down the street was purely precautionary.

Area near was closed as police investigated a ‘suspicious vehicle’.

A spokesperson with the campaign gave the all clear pic.twitter.com/03jt74LrsQ

Around 12:27 p.m., Austin police cleared the scene and re-opened roads.

"Austin has been so big and powerful for us and they are going to be a part on how we explain our victory on Tuesday night," O'Rourke explained. "I'm grateful for the people of Austin, Williamson County, and the folks in the surrounding areas that have come together for this."