Verify: Statements made during President Trump's speech in Crosby

President Trump made claims about crude oil production reaching a record high in Texas and America having the cleanest air and water in the world. We are verifying to see if what he said is true. 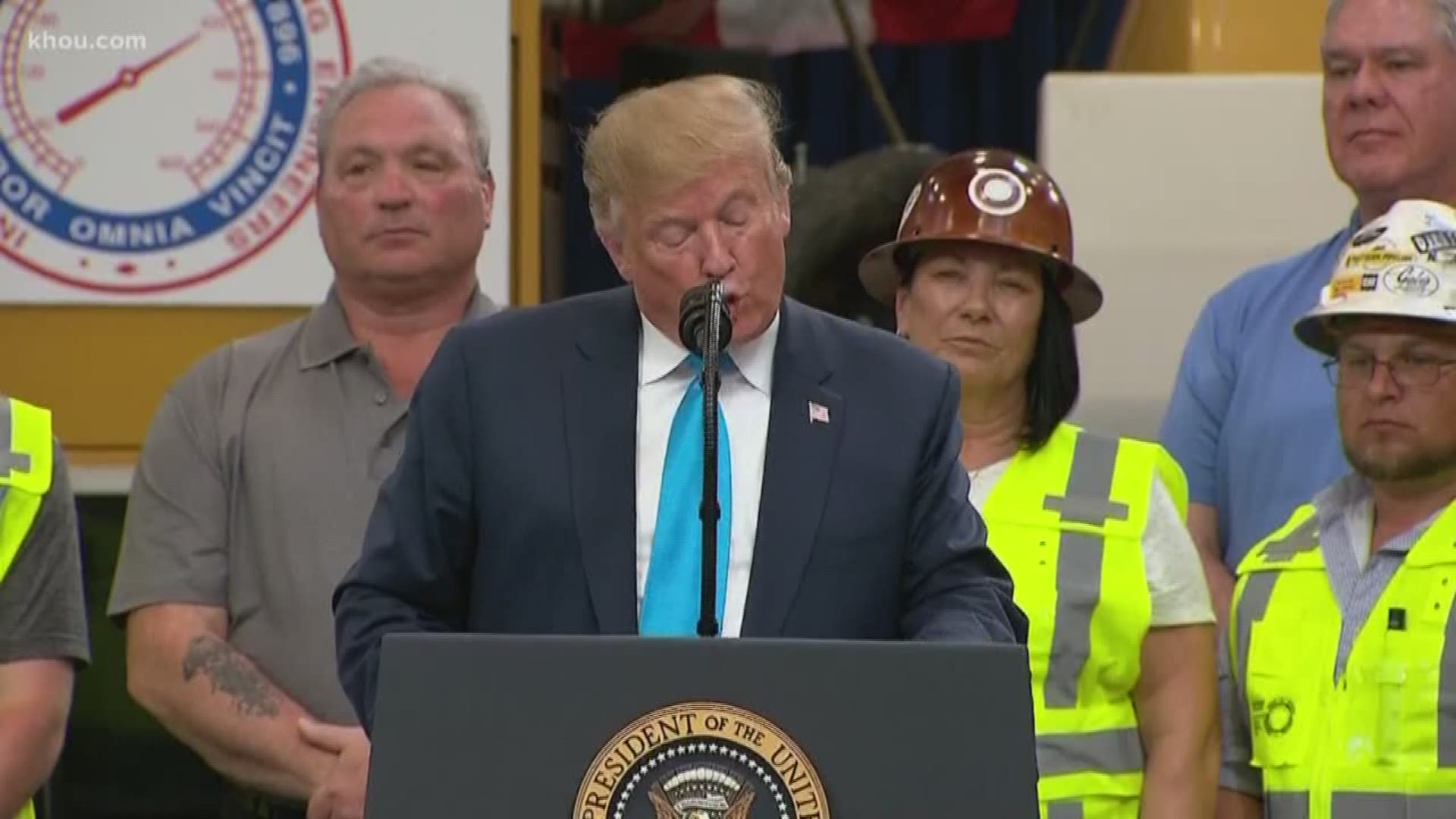 CROSBY, Texas — KHOU 11 News is looking into a few things the President said in his visit to Crosby Wednesday.

First up, a statement he made about crude oil production in Texas:

According to Texas Independent Producers & Royalty Owners Association, this is true.

Last year, oil production in Texas totaled a record 1.54 billion barrels, surpassing the previous record of 1.28 billion barrels which was set in 1973.

RELATED: Trump's order would make it harder to block pipelines

But we’ve also looked into this statement by Mr. Trump:

“We have the cleanest air and water, they say, in the world, and we’re the best. And you want that, and I want that," President Trump said.

The president has even said this before in a tweet last October.

While wish it to be true, it’s not so much.

According to Yale’s 2018 Environmental Performance Index, the U.S. ranked 10th in air quality. Australia, Barbados and Jordan rounded out the top three.

And when it comes to leaders in water and sanitation, the United States didn’t even make it in the top ten.

And the latest data available by the World Health Organization shows New Zealand has the lowest air pollution in the world. So we hate to say it, but this statement is false. We aren’t the best.

And we’re verifying one last remark by the President: