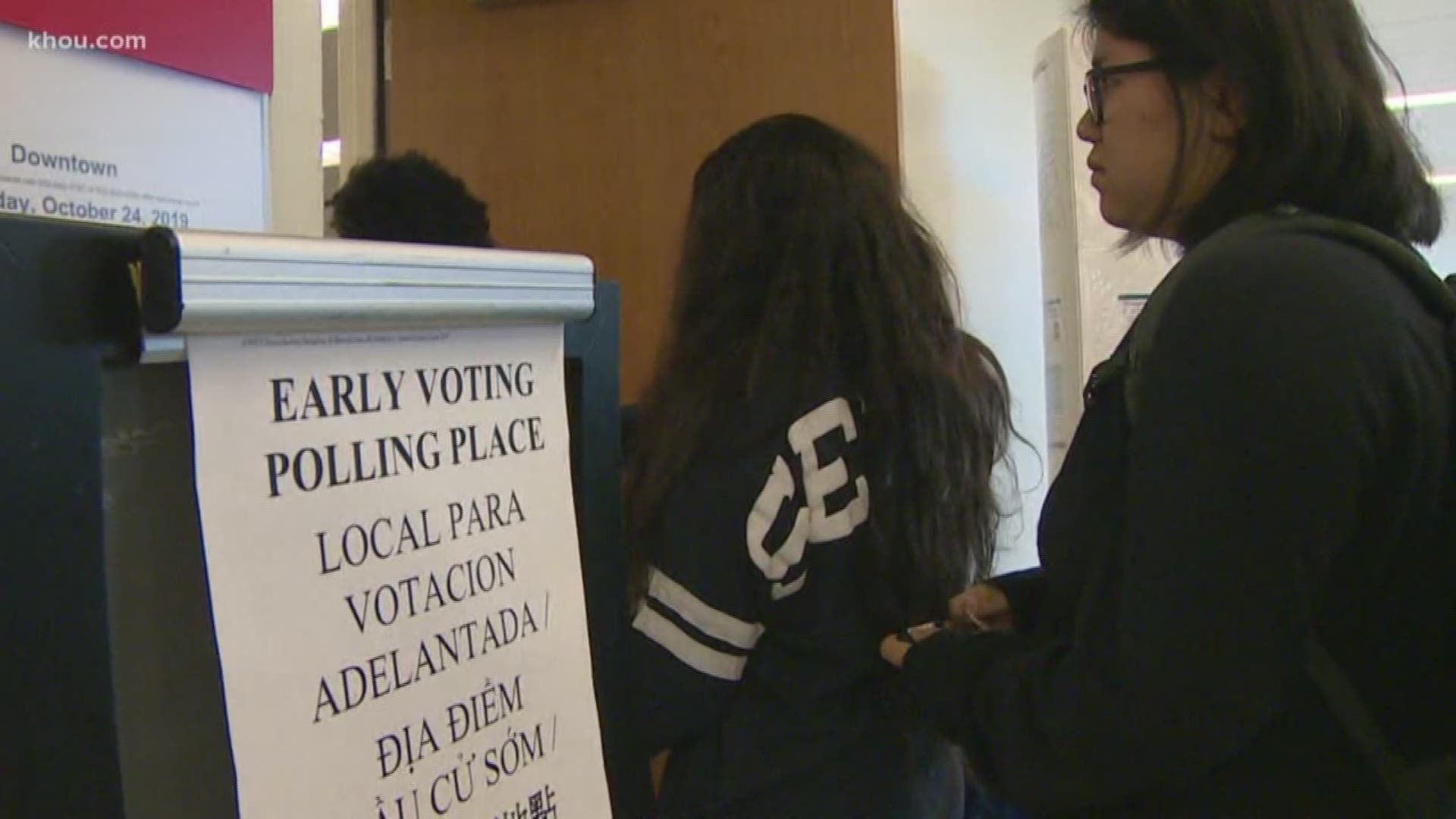 HOUSTON — For the first time, the University of Houston and Texas Southern University are serving as early voting locations.

While UH had served as an Election Day precinct before, TSU never has. Now early voting polls are now within walking distance for over 50,000 students, and thousands more staff and visitors.

“We always are saying, ‘Young people don’t vote’, and we need to ask ourselves, “Is it because they don’t want to vote, or is it because we make it harder for them to vote?’” said Harris County Judge Lina Hidalgo, who cast her ballot at UH on Thursday.

The two schools are among six new early voting sites that opened in 2019.

“We’ve never had it where you can have an early voting location, so we’re very excited about this,” said Dr. Diane Trautman, Harris County Clerk, also at UH on Thursday.

Dr. Trautman was elected in 2018, along with a Democratic-majority Commissioners Court.

“Most college campuses and most college students in Texas and in the nation are included to vote Democratic,” said Stein.

“In Lubbock where county election officials did open up polling places on the Texas Tech campus, we saw higher turnouts of college students.”

College Station’s Brazos County did the same for Texas A&M.

This week the New York Times singled out Texas for student vote suppression.

“We understand that Waller County's had a history, but we've worked very hard to make sure students have their right to vote,” said Waller County Judge Trey Duhon during an interview with KHOU in October 2018. "There is nothing, nothing that's going to be done that's going to deprive them of their ability to vote if they're registered for this election"

Making that right easier, Stein says, is the right strategy for both parties.

“This is your future electorate,” he said.

Dr. Trautman recently predicted turnout could hit between 30 to 35 percent in Harris County during the November election. That’s up from 25 percent during a typical mayoral election.

RELATED: Early voting in Texas: Where to vote and what you're voting on